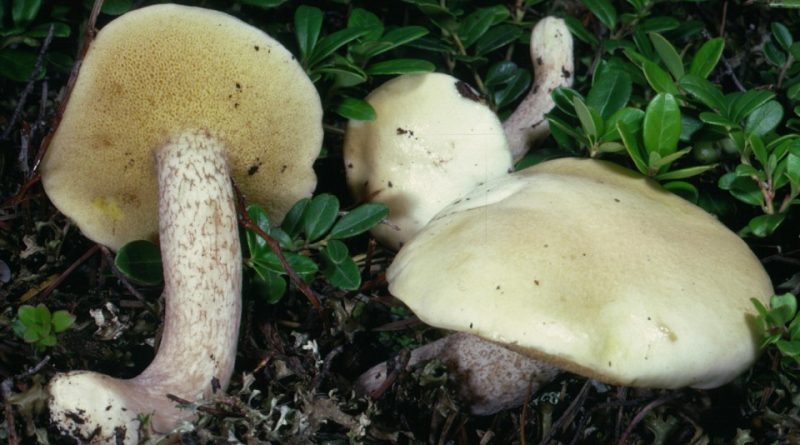 Etymology –
The term Suillus is the diminutive of sus, súis, pig: piglet, due to the particularly abundant size of mushrooms of this genus. The specific placidus epithet derives from placeo piacere, to be appreciated: pleasant, serene, quiet, that does not create problems.

Geographical Distribution and Habitat –
Suillus placidus, which grows in pine forests, is a common fungus in southern Europe and Italy while more rare as in Britain where this fungus was occasionally found only in the county of Kent, in the south of England. Suillus placidus is also present in North America, where it is also mycorrhizal with pine trees.
In southern Europe it bears fruit in the period from the beginning of summer to autumn. 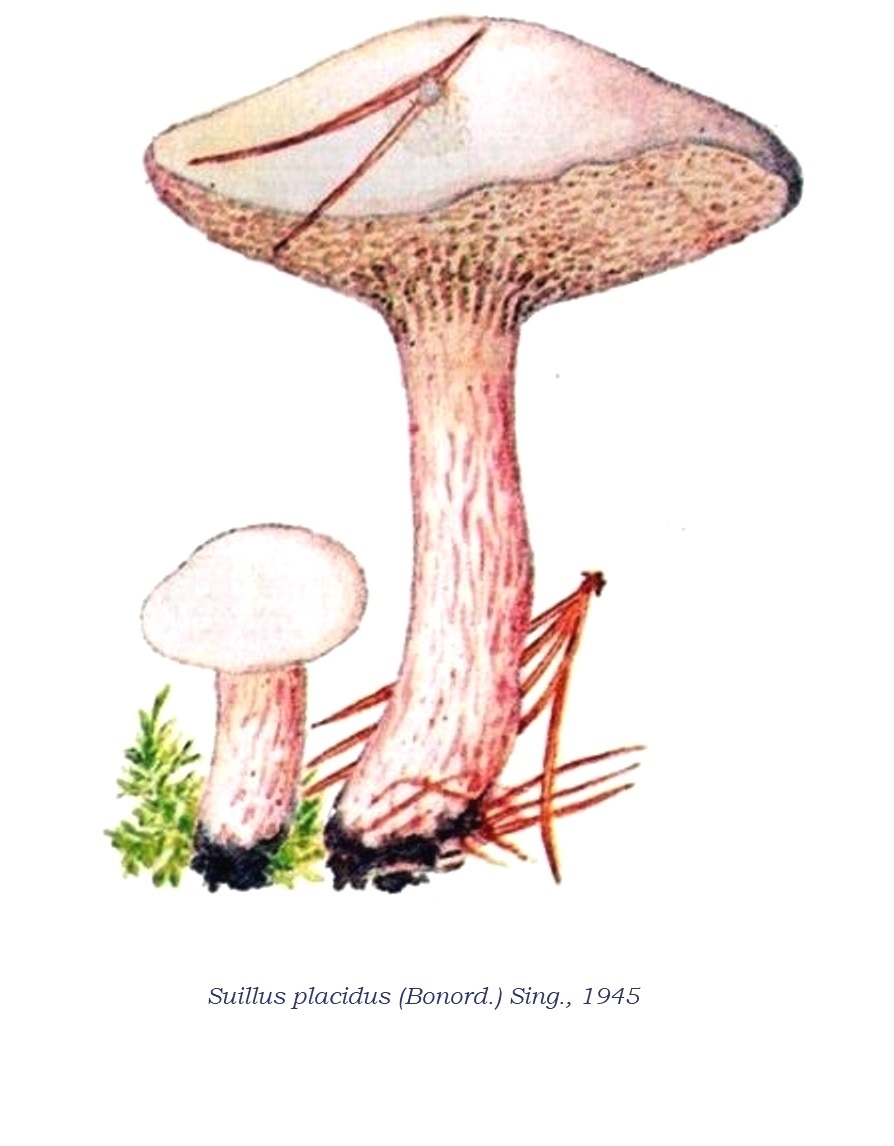 Recognition –
This mushroom is recognizable by its 3-7 cm diameter cap, first hemispherical, then convex, fleshy and viscous, with a color ranging from whitish to reddish brown, slightly turning to violet. The pores are small, with milky droplets that leave brown-reddish spots.
The stem is 5-13 x 0.8-1.9 cm, full, cylindrical, slender, whitish with pinkish-brown spots.
The flesh is whitish, turning to gray-violet, with a sub-zero or slightly fruity odor and a sweet and slightly acid taste.
Under the microscope, spores of 7-9 x 2.5-3.2 µm are noted, ellipsoidal, smooth, brown-ocher-colored in bulk. 49-60 x 6-9 µm, sub-cylindrical.

Cultivation –
Suillus placidus is not a cultivated mushroom.

Uses and Traditions –
This pinarolo is a fairly common mushroom known in northern Italy, where it is found mainly in the Alps and the Dolomites. Where it is rarer, however, the collection is not recommended.
It can sometimes be mistaken for Suillus granulatus, with Suillus viscidus which is a fungus associated with larch, and is generally darker and with a membranous stem ring; it can also be confused with the Leccinum holopus, a rare boleto that grows under the birch, and is white when young, but develops a blue tinge as it matures. When the meat is cut, the base of the stem becomes blue-green.
Suillus placidus is a fungus of good edibility but it is advisable to remove the cuticle from the cap as it is often indigestible or “laxative” but not poisonous as reported by some texts.

Preparation Mode –
After removal of the cuticle, this fungus can then be consumed in various ways and like other planets.