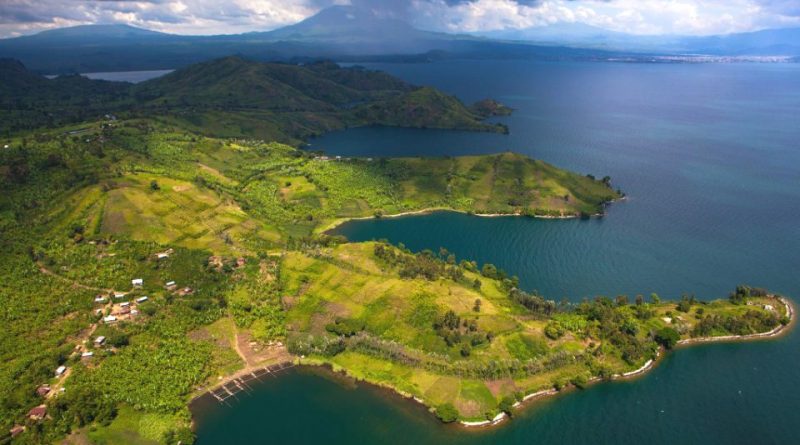 Geographic map of the Democratic Republic of the Congo

The Democratic Republic of the Congo is a central African state.
From 1908 to 1960 this was called “Belgian Congo”, or “Congo-Léopoldville” from the name of its capital (Léopoldville until 1966, date on which it took its name in Kinshasa). From 1971 to 1997 it was officially known as Zaire.
The Congo has a population of about 82 million inhabitants, made up of several hundred different black African ethnic groups. Its economy is mainly that of the primary sector (agriculture and mining). The country has immense natural resources. French is the official language, while the four Bantu languages ​​(kikongo, lingala, tshiluba, swahili) are recognized as national languages.
The Democratic Republic of the Congo has a broadly flat territory, characterized by vast plains and swamps, thanks to the Congo river basin which keeps humidity high; the mountainous areas are not very high, with the exception of Mount Ruwenzori (5119 m), and over the entire mountain range to the east. In the south-east there are the Mitumba mountains, with not very high heights. It overlooks the Atlantic Ocean for a short distance and only three towns overlook the sea (Banana, Muanda, Nisiamfumu).
The Congo is characterized by some characteristic regions such as the north of the country which is one of the largest areas of equatorial forest in the world; the eastern area runs along the great East African rift, an area of ​​mountains, hills, large lakes, but also volcanoes. The south and the central area, area of ​​tree-lined savannah, form a plateau rich in minerals. In the extreme west part, the coast on the Atlantic Ocean develops in about forty kilometers north of the mouth of the Congo river.
The hydrographic network of the Congo is basically focused on the Congo River (or Zaire). This river is born around the meeting point between the Mitumba mountain chain and that of the Southern Reliefs. First it goes north for over 1000 km; then it turns westwards with a wide curve and crosses a flat stretch, where the current slows down and the banks become swampy; in the third section it heads south-west towards the ocean and receives the waters of large tributaries. In this terminal stretch it bathes two capitals, Kinshasa and Brazzaville, descends in altitude with the Livingstone waterfalls and flows into a long estuary in the Atlantic.
From a climatic point of view, the Congo, with the exception of the highlands area, is hot and humid, with average temperatures around 27 ° C in the central depression and extreme peaks in February, the hottest month of all; above 1,500 m the average drops to 19 ° C. The precipitations are abundant and reach an annual average of 1,520 mm in the north and 1,270 mm in the south, with copious frequencies, between April and November, north of the equator and, between October and May, to the south. its ecological characteristics and due to its extension it covers the Congo forest. 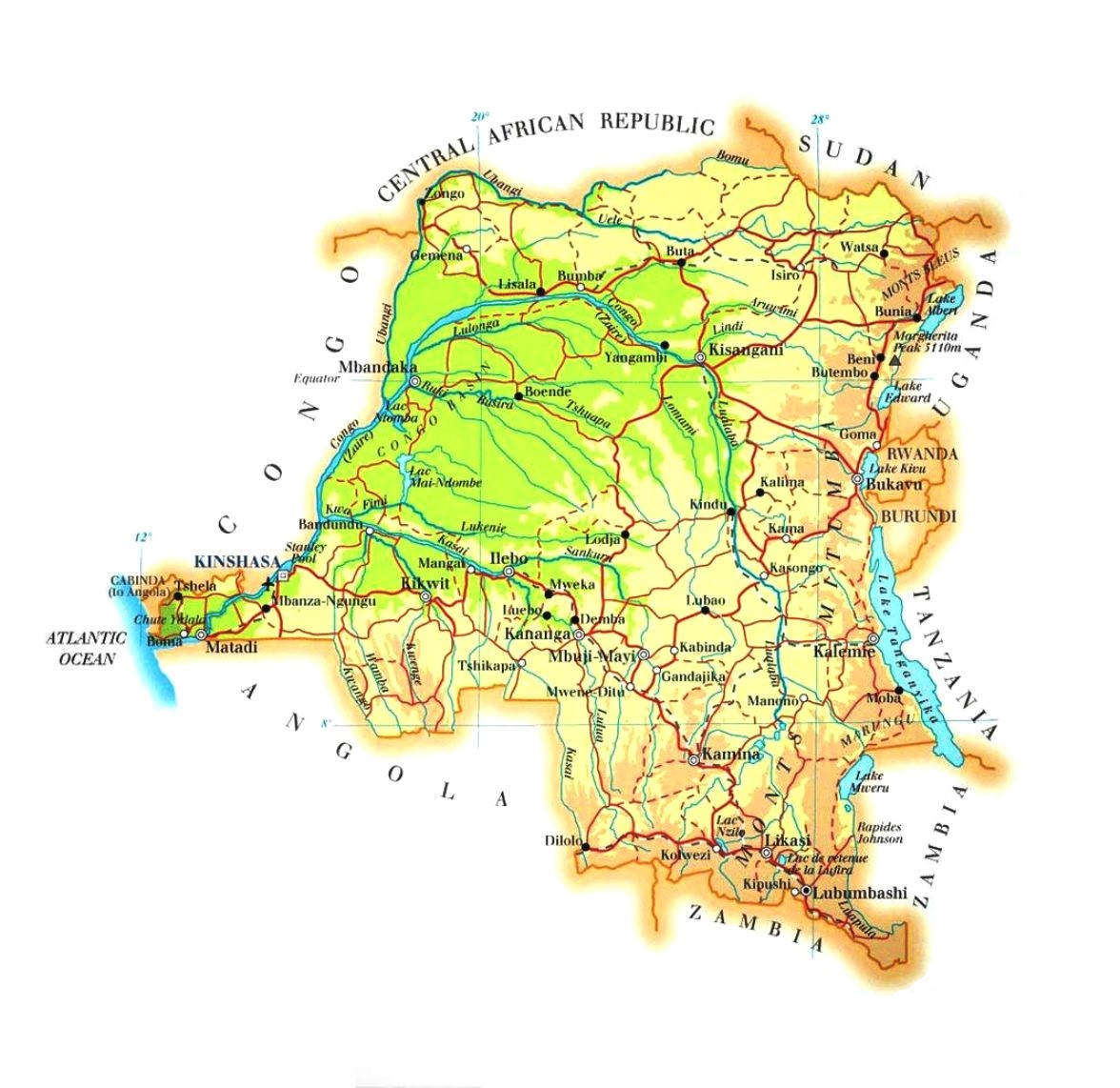 The Congo forest is an equatorial rainforest that occupies most of the Congo basin and covers six countries: Gabon, Equatorial Guinea, Cameroon, the Central African Republic, the Republic of the Congo and the Democratic Republic of the Congo (DRC). This forest has an area of ​​over 200 million hectares and is home to around 10,000 species of tropical plants of which 30% are unique in the region, and a large number of endangered animals, including the forest elephant, chimpanzees, bonobo and lowland and mountain gorillas. In this area or in the immediate vicinity, around 60 million people live off the forest. In it live indigenous populations belonging to dozens of ethnic groups of which the most numerous are the various Pygmy groups (Aka, Baka, Bambuti, Efe). The forest also has great importance for maintaining the climate. It is estimated that it maintains between 10 and 20% of the planet’s carbon.
This forest covers most of the lowlands of the Democratic Republic of the Congo.
Unfortunately in the last century the DRC has become the main center of what is called the bushmeat problem, considered one of the greatest environmental dangers; in practice it consists, within the forest, in hunting wild animals with traps made for food purposes.

Flora –
The rainforest of the DRC is not as dense as that of Guinea. The most common species are cola trees, oil palms, various species of Ficus and Coffea. Very fine wood plants such as mahogany and ebony are very sparse. The rainforest is interrupted to the south to leave room, on the reliefs, to the savannah and the steppes. The savannah also characterizes the hills surrounding the depression of the Congo basin, in the western mountains there are tracts of forest along the course of the rivers. In the final part of the Congo mangroves and palm trees of the genus Spinosa Phoenix are widespread, in the inner areas the oil palm is cultivated.

Fauna –
The fauna is particularly varied and abundant, including the lion, the elephant, the leopard, the chimpanzee, the gorilla, the very rare species of bonobos, the giraffe, the hippopotamus, the zebra, the buffalo and various species of reptiles and birds; many insects, many of them carriers of endemic diseases, such as the tsetse fly and the Anopheles mosquito, which transmits malaria.
Within the Democratic Republic of the Congo there are five national parks; these are: Virunga National Park, Lomami National Park, Garamba National Park, Kahuzi-Biega National Park and Salonga National Park.