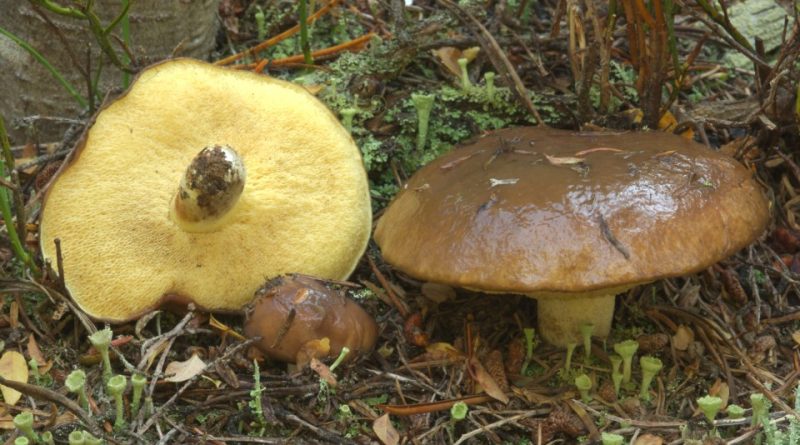 Systematics –
From the systematic point of view it belongs to the Eukaryota Domain, Fungi Kingdom, Basidiomycota Division, Basidiomycetes Class, Hymenomycetidae Subclass, Boletales Order, Suillaceae Family and then to the Genus Suillus and to the S. brevipes Species.

Etymology –
The term Suillus is the diminutive of sus, súis, pig: piglet, due to the particularly abundant size of this genus of mushrooms. The specific epithet brevipes comes from short brévis and pes pedis foot: due to the short stem.

Geographical Distribution and Habitat –
Suillus brevipes is a fungus that grows on the ground, alone or in groups and originating from North America; in Europe fructifies between late summer and autumn. The species is however present in most of North America (including Hawaii) in an area between Mexico and Canada. It is present in Puerto Rico and has been introduced in other countries such as: Argentina, India, New Zealand, Japan and Taiwan. 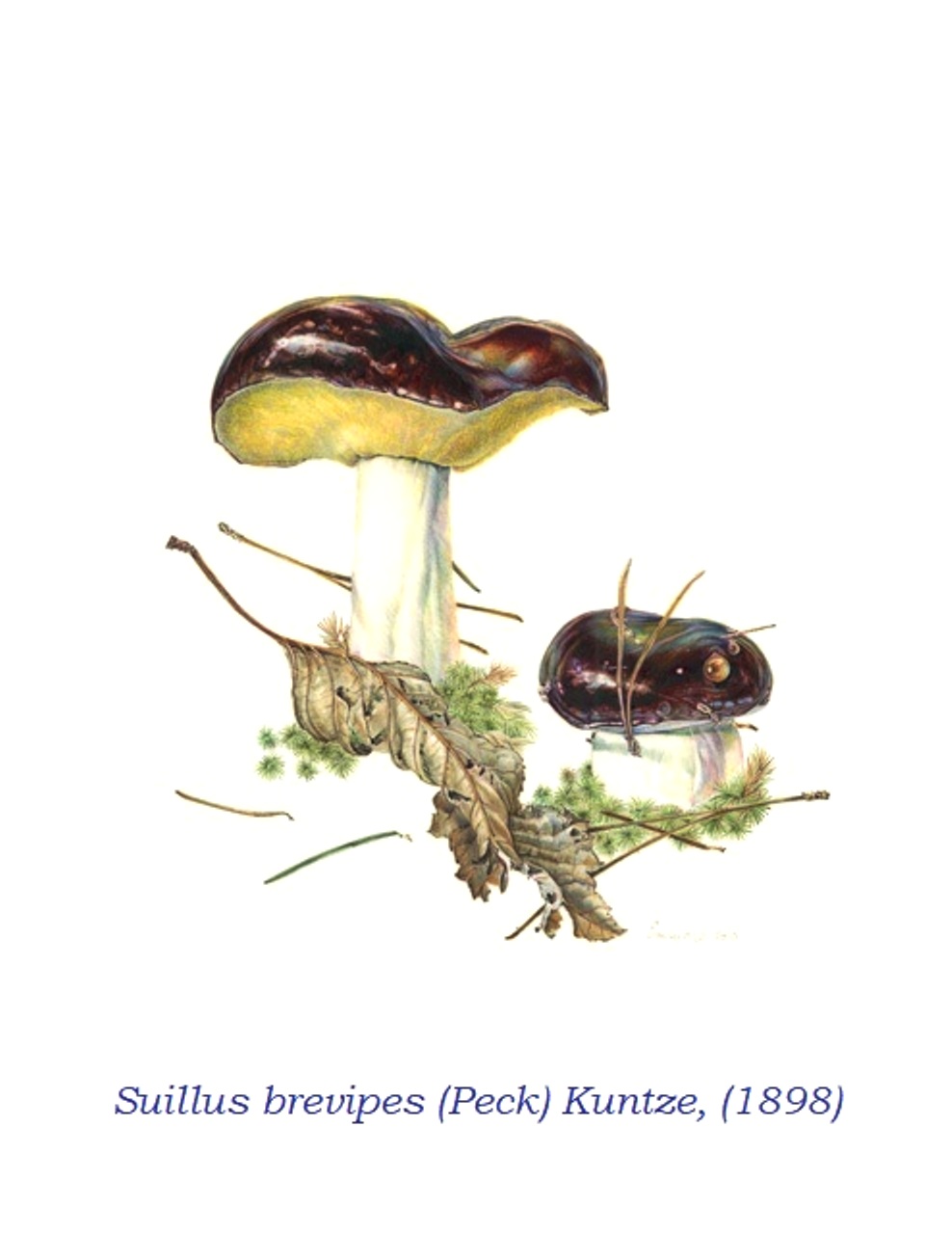 Recognition –
This fungus is recognized for having a hat of about 5–10 cm in diameter, first spherical, then convex or convex-flattened, with a color ranging from brown to reddish-brown, which tends to become light brown in mature specimens.
The surface is smooth and can be from sticky to viscid, also depending on the external humidity and the cuticle can be removed.
The tubules are yellow in the young specimens and become olive in the old specimens; these can be adnate or decorrente and have a length of around 1 cm.
The pores are pale yellow, with a diameter of about 1–2 mm and retain their color even if damaged.
The stem is pale yellow or white, dry, not hollow, rather short compared to the hat, from 2 to 6 cm and often 1 or 2.
The flesh is white and pale yellow in adults, with weak smell and taste.
At the microscope we can see elliptic, elongated, smooth spores of 7–10 at 3–4 µm. The dirty is brown.
The basidia are 2–25 at 5–7 µm.

Cultivation –
Suillus brevipes is not a cultivated mushroom.

Uses and Traditions –
Suillus brevipes is a mycorrhizal species, associated with pines, especially Pinus contorta and Pinus ponderosa.
This mushroom, for the less experienced, can be confused with many species of the genus Suillus that grow associated with pines; among these we remember the S. granulatus, which has the longest stem, while the S. albidipes differs because it has traces of partial curtain on the margin of the hat when young. The S. pallidiceps is distinguished by the hat, which is pale yellow; S. albivelatus has the cortina and S. pungens has a pungent odor, easily distinguishable from the weak odor of S. brevipes.
Suillus brevipes is an edible fungus and is rich in linoleic acid. It is characterized by a weak taste, sometimes slightly acidic and with a barely perceptible smell.
These mushrooms are part of the grizzly bear diet in Yellowstone National Park.

Preparation Mode –
It can be consumed like other pinaroli on condition that the cuticle is eliminated. It is also advisable to use it in a mixture of mushrooms and to collect especially the younger ones.