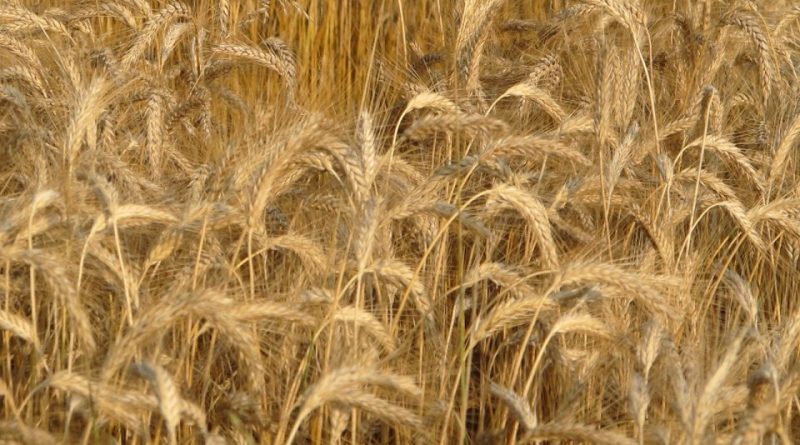 Etymology –
The term Triticum, according to Varrone, derives from tritum battuto, for the use of beating the wheat to separate the grains from the spikes. The specific epithet durum comes from the Latin which means hard, rigid.

Geographical Distribution and Habitat –
Durum wheat is a tetraploid wheat originating from an interspecific hybridization between two wild species widespread in the Fertile Crescent (today’s Iraq), that is: Triticum urartu (chromosomal number: 2n = 14, AA genomes) and a species still not known of the genus Aegilops Sytopsis section with chromosomal outfit 2n = 14, BB genomes. The spontaneous hybrid gave rise to the species Triticum dicoccoides (2n = 28, genomes AABB), the wild progenitor of durum wheat from which the Neolithic man has domesticated durum wheat.
From its domestication, which occurred rather late compared to the affirmation of agriculture, durum wheat has spread all over the world, also through the adaptation to different climates and different needs and, in recent times, with the creation of varieties with characteristics more suitable for intensive cultivation and mechanization.
The durum wheat in the world is cultivated on a much less extensive area than the common wheat and with a prevalent use for the preparation of pasta, after special milling which leads to the production of semolina instead of flour. 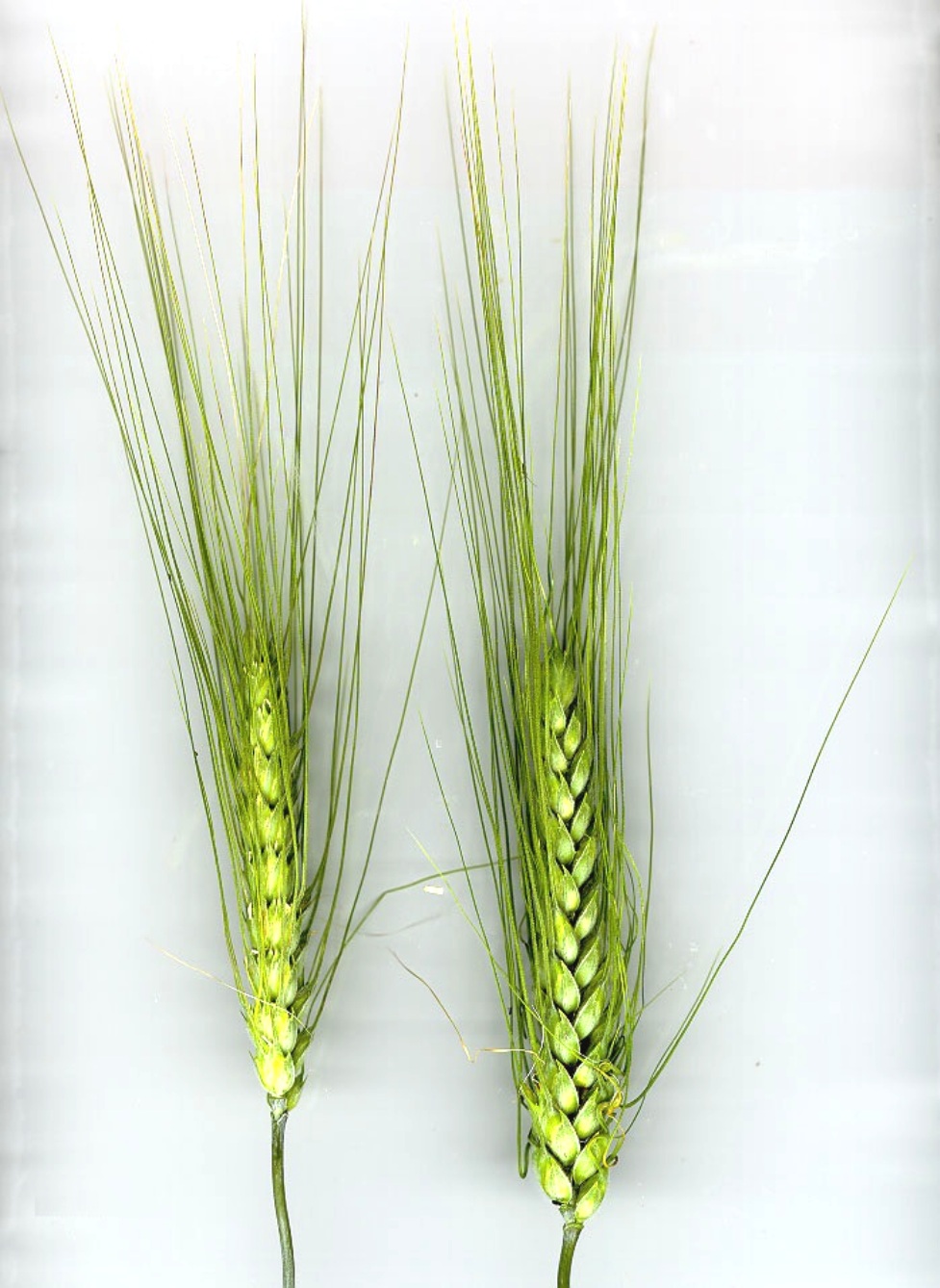 Description –
The durum wheat (Triticum Durum) differs from the soft for the following morphological characters;
– Spiga laterally compressed, instead of square, if viewed in section; glints carinated up to the base and lower giumelle always ending with one remains very long and often pigmented;
– Very large karyoxid (45-60 mg), with a transverse subtriangular session, with albumen that typically has a vitreous, ambrace, horny, rather than mealy structure; this is due to the particular protein composition of durum wheat, which therefore mainly gives groats and not flour;
– Last solid internode, for which the culm under the ear is resistant to crushing. Moreover the characters that most distinguish the cultivated from the wild are:
– rigid rachis that does not disarticulate when ripe and the seeds that are free from glumes, or from the floral wraps that surround them. The result is that the durum wheat, by means of threshing, releases seed free from straw.

Cultivation –
As for the cultivation technique, both the durum wheat and the soft wheat are similar. They differ in some aspects such as:
– The sowing of durum wheat should be done with a slight advance on that of the soft one; which favors the preparation and anticipates, albeit slightly, flowering and maturation.
– The quantity of seed that in the past was sown much less dense than the tender: 120Kg / ha, today, especially in the areas that are not particularly arid, is increased by using larger quantities of seed, equal to 180-200 kg.
– In the alternation it is noticed how the new varieties are as demanding as the tender ones for which they turn into rotation as the first grain; in any case, the refusal is avoided given the sensitivity of the hard to the foot pain.
Even the practices of fertilization and weeding have become very similar although in recent times with the advent of organic production and agro-ecological production systems the tendency to use chemistry for both fertilization and control of weeds is intended to gradually decrease. For details of the organic wheat cultivation technique, see the following sheet.

Preparation Mode –
Durum wheat is commonly used in the form of durum wheat flour, bread, pizzas, fresh homemade pastries and desserts, but also as sprouts; it is also used as pure cereal, in soups, soups, salads or tasty and nutritious first courses.
In addition to the widespread pasta and the other uses mentioned, many Mediterranean foods are based on durum wheat, among which the best known are couscous and bulgur, typical of the one of the culture of North Africa and the other of the Middle East and today also widespread beyond the respective areas of origin. Sicilian couscous, called cùscusu, has its roots in the Arab domination of Sicily in the IX-XII centuries. The Carloforte one derives instead from the influences with the nearby island of Tabarka.