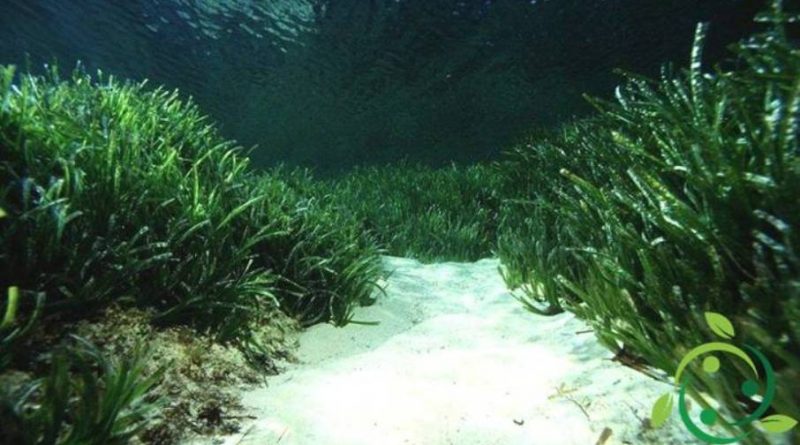 Hydrophilic or hydrogam pollination is a pollination system that uses pollen transport from the male to female part of the flower through water.
It is a not very common form of pollination but it plays an important role above all for aquatic species. A characteristic case of plant that uses a particular hydrophilic pollination system is that of Vallisneria which belongs to a genus of freshwater aquatic plants (Vallisneria L., 1753) belonging to the Hydrocharitaceae family.
In this case the flowers, submerged like the rest of the plant, develop on the bottom of stagnant or slow-flowing waters and once they reach maturity they are brought to the surface of these with different modalities: in the pistilliferi fact the spiral peduncle always stretches more until the corolla of the flower protrudes on the surface of the water, while the masculine ones stand out and also reach the surface, opening up like so many small boats made up of petals, from whose edge the pollen-laden stamens protrude.

The currents of water and air allow sooner or later that some of these stamens pollinate the female flowers easily hit by these singular floats. Once the fertilization has taken place, the peduncle of the female flowers retracts under water again, shortening, and brings with it the fertilized ovary, from which a tiny fruit of subcylindrical shape will mature.
Also the pollen of the water lilies is released under the hair of the water, that of the elodea floats on the surface, but in both cases they are the aquatic currents that carry it up to reach the stigma of another flower of the same species.
Other modes of hydrogama pollination include the distribution of pollen in a completely submerged environment (eg Posidonia) and the distribution of pollen on the water surface. This last modality is considered a sort of transition between anemogam pollination and the actual hydrogama.
Unfortunately the pollution of the water courses where hydrophilic pollination must take place can interfere with the vitality of the pollen and therefore with the efficiency of this process.