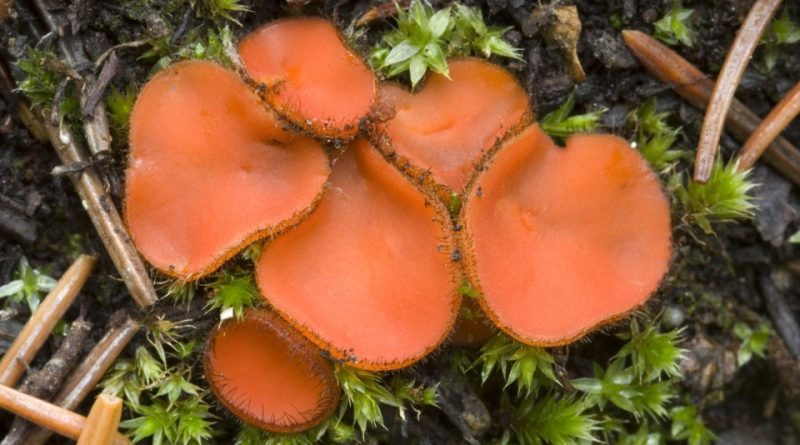 The eyelash cup (Scutellinia scutellata (L.) Agnello) is an ascomycete mushroom belonging to the Humariaceae family.

Systematics –
From the systematic point of view it belongs to the Eukaryota Domain, Fungi Kingdom, Ascomycota Division, Pezizomycotina Subdivision, Pezizomycetes Class, Pezizales Order, Pyronemataceae Family and therefore to the Genus Scutellinia and to the S. scutellata.
The term Patella scutellata (L.) Morgan is synonymous.

Geographical Distribution and Habitat –
Scutellinia scutellata is a very rare mushroom that grows on soggy and rotting wood; however it is a common species in North America and Europe and has been recorded on all continents. It develops mainly in broad-leaved woods, growing in small groups, sometimes forming bunches, and is present from the plain to the mountain. Fruits in the period between summer and autumn. 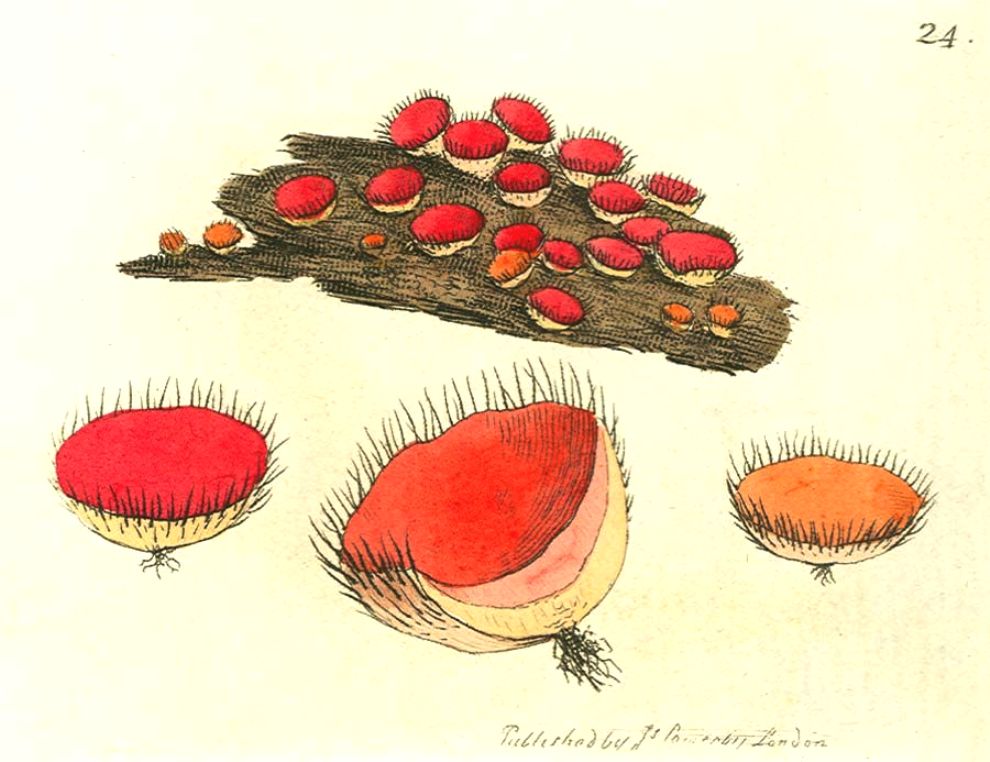 Recognition –
It is recognized for having the fruiting body which initially has a globular shape, similar, therefore, to a small pointed disk. The inner surface is smooth and shiny, while the outer surface is finely wrinkled. From the margin long black stiff and sharp hair, sometimes forked, branch off.
The internal coloring of the fruiting body varies from deep orange to bright red. It has a mild and pleasant smell and taste.

Cultivation –
Eyelash cup is a fungus of no interest in cultivation.

Uses and Traditions –
Scutellinia scutellata is a fungus of controversial edibility; according to some it is inedible, according to others it is a good edible mushroom from boiled because as raw it has too rubbery consistency and is not edible.
The content of carotenoids is interesting in this fungus. A 1965 study reported the carotenoid composition of this fungus, which contained a high percentage of monocyclic carotenoids with only one ring of cyclohexene, such as beta-carotene. Furthermore, there were minor amounts of xanthophyll, a molecule structurally related to carotenes.

Preparation Mode –
Even if a mushroom of possible edibility after boiling is not recommended, however, the collection especially for the rarity of the findings of the same.