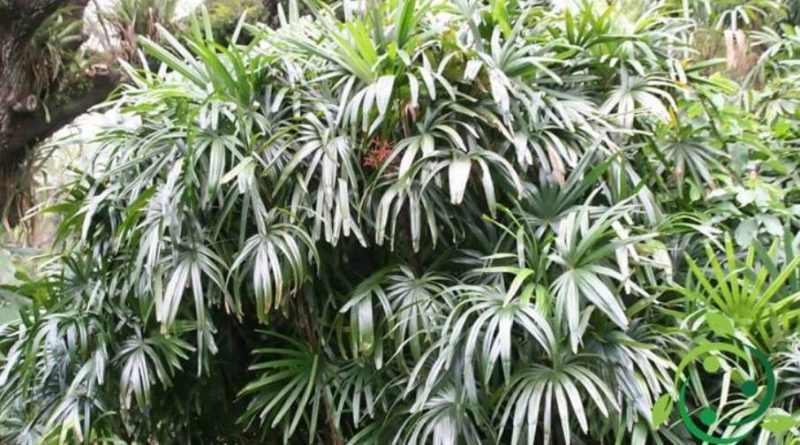 How to grow Rhapis excelsa

The genus Rhapis (Rhapis L.f. ex Aiton, 1789) is a systematic group of spontaneous plants of the tropical and subtropical Asian areas, of the Arecaceae family, which includes palm trees that reach a height of 5 m; these plants have a dense and compact appearance, with fan-shaped leaves.
To this genus belongs the Rhapis excelsa (Rhapis excelsa (Thunb.) Henry) which is a small palm with very close stems that give the plant a compact and dense appearance; the leaves are fan-shaped pinnate, composed of 5-9 segments often with truncated tip, with a tendency to lose the lower leaves, slow growing, in the cultivation in pot it takes many years to reach 1.5 m in height.
In this card we will see how to grow Rhapis excelsa following the main agronomic tricks and the characteristics of the plant.
Recall that the Rhapis excelsa has been much appreciated for centuries, especially in Japan and China where hundreds of varieties have been selected, particularly small in size, or even with variegated or very light colored foliage to easily grow in the apartment.
For the cultivation of Rhapis in the apartment it is necessary to choose an area where the temperature in winter never drops below 10-12 ° C; however, this plant can be grown in the open ground, outdoors, but in areas where winters are particularly mild (in Italy in the coastal areas of the southern islands).
However, the Rhapis prefer semi-shaded or shaded positions, as direct sunlight would ruin the leaves or turn them yellow.

The substratum in which to cultivate them must be a good soft and rich soil; it is advisable to use universal soil, mixed with shredded bark and coconut fiber; after that every 3-4 years you have to repot the plants, increasing slightly the size of the pot or container every time.
If you cultivate in the ground it is good to choose a dissolved soil to which you can also add the well-humified organic manure or mature manure pit.
In reference instead to water needs it is good that the Rhapis excelsa, especially from March to October should be watered frequently, keeping the soil slightly damp; with the arrival of cold, on the other hand, water supplies must be reduced by trying not to leave the dry plant for a long time. In any case, the most adult plants have a greater ability to withstand short periods of drought, without particular problems.
It is also a good thing to frequently spray the hair to increase the ambient humidity. The vaporization water must be possibly deionized or pivoan water.
Now let’s see multiplication and propagation.
These palms produce many suckers at the base, giving rise to tufts, which in nature become roundish. Therefore if we have to multiply the Rhapis excelsa, it is appropriate to know that the reproduction can take place either by seed in spring or, in autumn, by taking the basal shoots, which can be repotted individually without particular difficulties.
Finally the health status of these plants.
Rhapis excelsa is generally not particularly susceptible to disease development. However, it fears the attack of some parasites such as scale insects and mites (the latter especially in the case of a very dry climate). The foliage tends to dry out especially on the tips if the plant is cultivated in a very sunny or very dry place; remove the damaged foliage and transfer the plant to a more suitable place for cultivation to prevent it from growing into these problems during growth. Moreover, to avoid the proliferation of scale insects, never fertilize with nitric nitrogen.