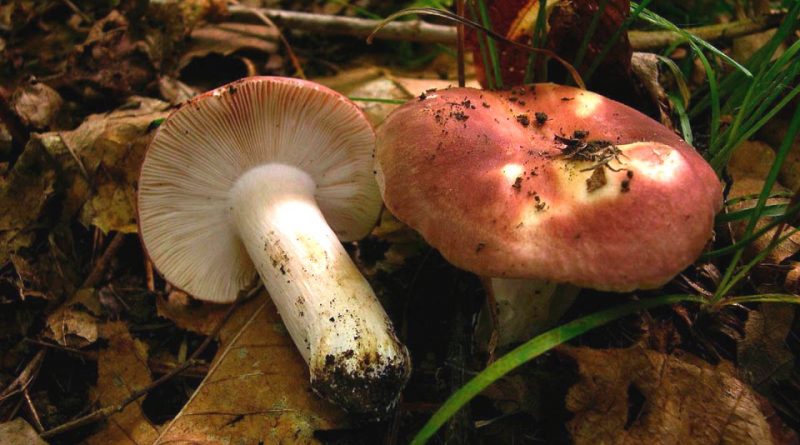 Systematics –
From the systematic point of view it belongs to the Eukaryota Domain, Fungi Kingdom, Phylum Basidiomycota, Class Basidiomycetes, Russulales Order, Russulaceae Family and therefore to the Genus Russula and to the R. vesca Species.
The term Russula mitis Rea is synonymous.

Etymology –
The term Russula is the diminutive of russus red: a little reddish, due to the characteristic coloring of many species of this family. The specific epithet vesca comes from véscor eating, grazing: that is edible.

Geographical Distribution and Habitat –
The Russula edule is a very common fungus on slightly acidic or neutral soils where it grows under many species of mountain conifers but even more of broad-leaved ones where, however, it prefers, with some frequency, the chestnut and oak trees. It is one of the most precocious species, bearing fruit from late spring until autumn. 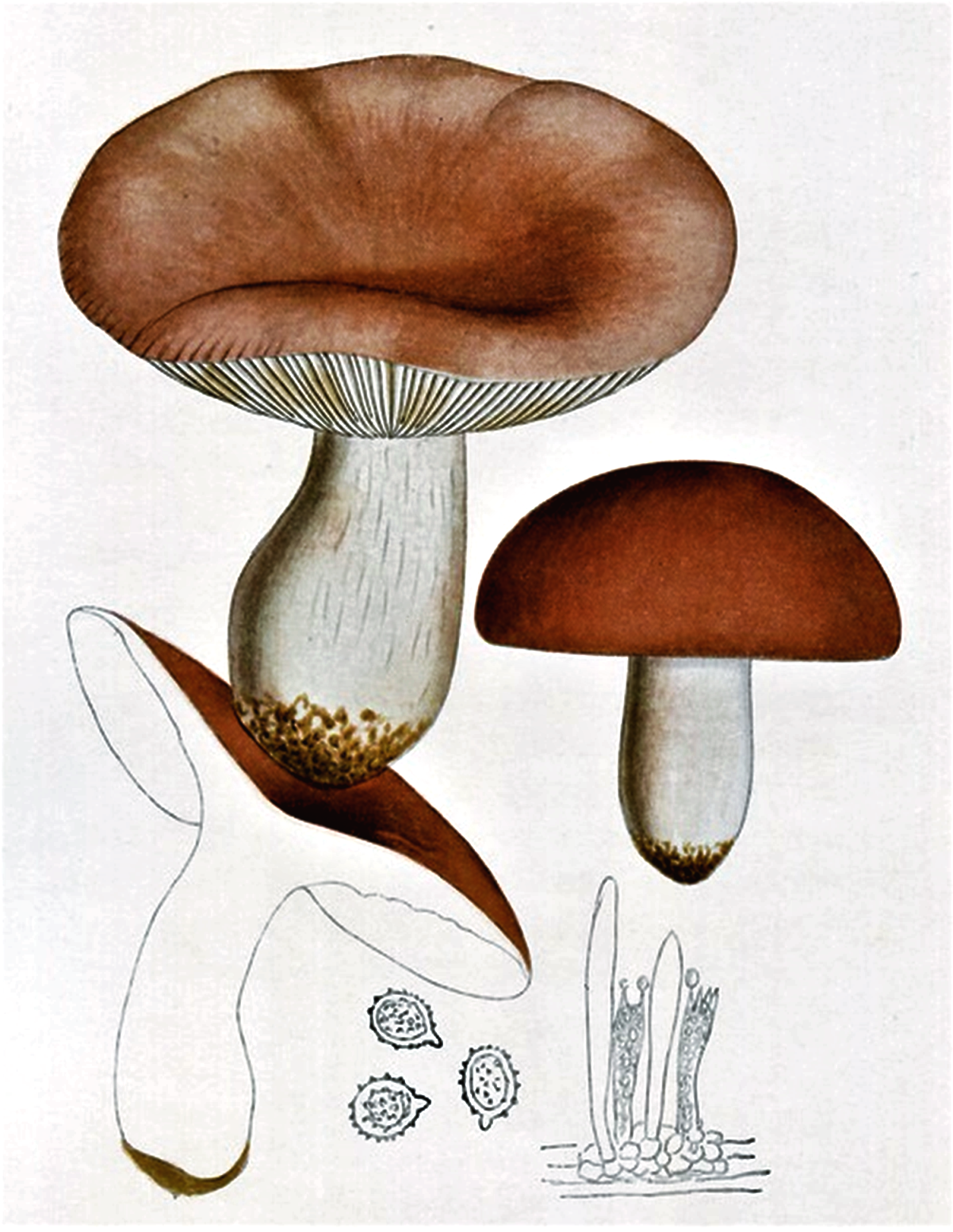 Recognition –
It is recognized by the hat of the size of 5-10 cm in diameter, first convex, then at flat maturity or with a slight central depression; the cuticle is dry, opaque, separable by two thirds, shorter than the diameter of the cap so as to allow a glimpse of the white flesh below the edge, of a color ranging from white to flesh pink or even hazelnut. The margin is obtuse, regular, missing the cuticle up to 2 mm.
The lamellas are dense, often forked at the insertion with the stem, slightly decurrent, whitish then cream, stained with rust in old age.
The stem is 6-8 x 1.5-2.5 cm, of firm, whitish, cylindrical consistency, usually more attenuated at the base, full then spongy.
The flesh is white, firm, which tends to turn yellow to stain itself with brown to the touch and with age; it has a pleasant smell and a sweet taste that tastes of hazelnuts.
At the microscope, ovoid spores of 6.4-8 x 5-6.5 µm are visible, warty, white in bulk.
The basidia are slightly clavate, tetrasporic, of 40-52 x 8-9 µm. The cystidia are obtuse and little present, 8-10 µm wide.

Cultivation –
Russula vesca is not a cultivated mushroom.

Uses and Traditions –
The Russula vesca, both for the pileic color, for the tendency to get stained of yellow-brownish in the zones manipulated for a long time, the dirty white and the entirely sweet taste, that remembers the taste of the hazelnut, is a Russula of easy identification.
It is a fungus that generally occurs in groups of numerous specimens even if it grows also isolated. Also due to its precocity, it is a very sought-after Russula for food purposes and in this context it is worth highlighting how in popular culture or in any case in the environments of mushroom pickers for edible purposes it has always been well-known as there are no problems or dangers intoxication in the collections of the Russula, as there is a very simple method to test its goodness or not: the taste of a small piece of hat. If the Russula tastes mild or sweet it will certainly be edible and you can put it on the plate, on the contrary if the flavor of the meat denotes more or less bitterness or bitterness, then the mushroom will not be edible and must be left in the wood.
However, this is a rule that does not take into account the fact that there are Russula species with a very poor taste for gastronomic purposes, but above all that there are Russula with the taste of mild meat, such as Russula olivacea (Schaeff.) Fr. or Russula vinosobrunnea (Bres.) Romagn., which, if eaten raw, not properly cooked by boiling, or grilled or fried, will cause serious gastrointestinal disturbances. In fact, these last Russula contain thermolabile toxins that dissolve by boiling or longer and complete cooking such as trifolatura, toxins that instead resist to cooking mushrooms in grills or by frying because the carpophores with these methods of food preparation, is cooked well only the outer part of the mushroom.
The Russula vesca is called with a nice nickname which is that of the “laughing mushroom”. This name derives from the fact that the cuticle of the hat has the tendency to withdraw and consequently, in the margin of the cap, the lamellas are discovered and appear as smiling teeth. In this regard, the French use another curious metaphor, calling Russula vesca the mushroom with the habilitrop court. This is a characteristic perhaps due to its period of growth which can be hot and dry, conditions that can cause the hat’s cuticle to retract.
The Russula vesca is undoubtedly one of the best Russula from the culinary point of view. With a very delicate and sweet taste, it lends itself to the same level as other similar Russula, such as Russula aurea for example, for cooking over a high heat.

Preparation Mode –
The Russula vesca, even if it is a mushroom of excellent edibility, due to its tender and delicate flesh, its use in damp is not recommended. It can also be eaten raw but it should always be done with moderation. A particularly used recipe for the preparation is the following:
– wash the mushrooms to remove any impurities, then dry them. Clean the parsley and chop it with garlic, pine nuts, chilli and mushroom stalks. Put everything in a bowl, add the breadcrumbs, oil and salt. Sprinkle the bottom of a baking dish with the oil and then place the mushroom hats on top, sprinkle them with the mixture and add a little oregano. Put the pan in a preheated oven at 180 degrees and cook it for about 10 minutes. It is a very suitable preparation to be consumed with a good red wine.