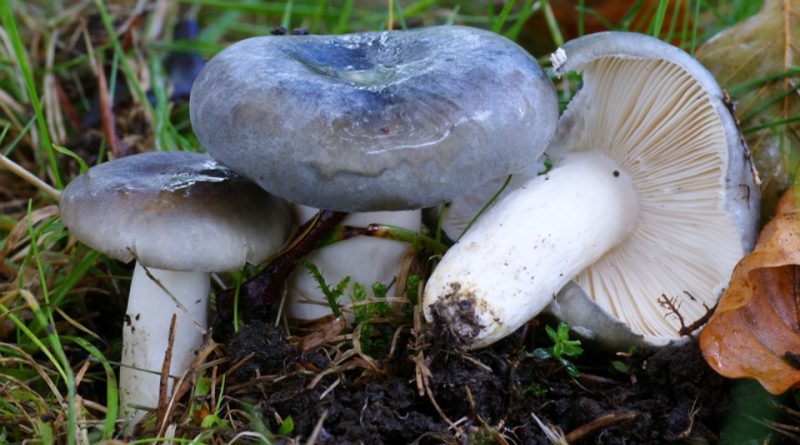 Systematics –
From the systematic point of view it belongs to the Eukaryota Domain, Fungi Kingdom, Phylum Basidiomycota, Agaricomycetes Class, Subclass Incertae sedis, Russulales Order, Russulaceae Family and then to the Genus Russula and to the R. parazurea Species.

Etymology –
The term Russula is the diminutive of russus, red: a little red; term given for the reddish coloring of many species of this family. The specific epithet parazurea comes from the Greek prefix πᾰρἆ- pará- near, near and from azúreus, term of a congener species: related to the azurea species, due to the blue color of the cap.

Geographical Distribution and Habitat –
Russula parazurea is a fairly common species of the European continent where it grows in broad-leaved forests (Carpinus, Quercus, Tilia, Betula, Corylus) and agiflora (Abies); it is an acidophilous species that bears fruit in the period between late spring and late autumn. 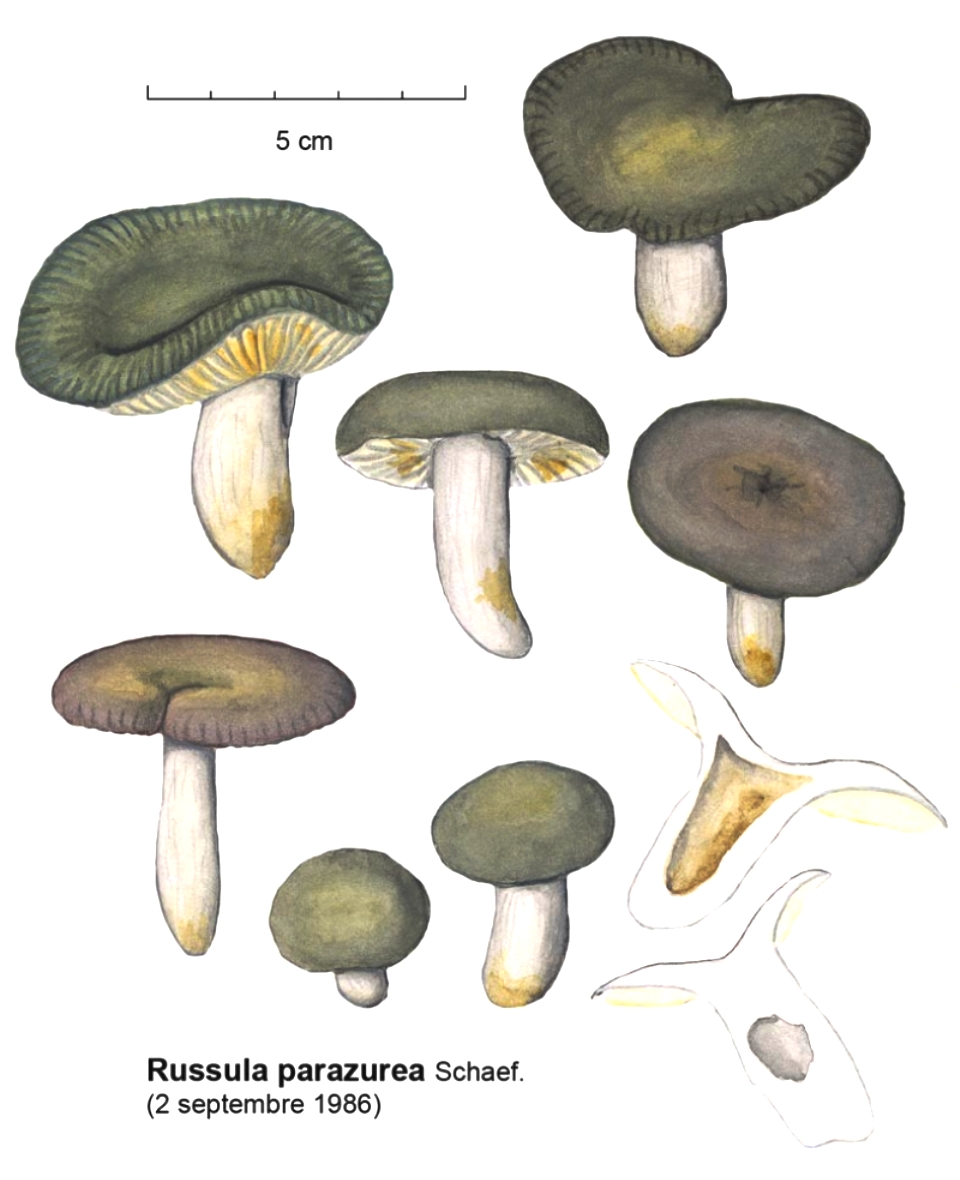 Recognition –
It is recognized by the hat of dimensions between 5 and 15 cm in diameter, fleshy and firm, first convex, immediately umbilicated-depressed, slightly funnel-shaped; the cuticle, which separates easily up to the middle of the radius, is wrinkled, opaque, densely pruinose, with gray-green, uniform cobalt green, with olive or black-green reflections, darker in the center and brighter at the rim.
The lamellas are on average thick (7 in 10 mm), fragile, bifurcated at the stem, 7-8 mm high, free or subdecurrent with dentine, white then cream-colored or yellowish. The lamellulae are absent. The stem, 3-5 cm high, is robust, cylindrical, pruinose at the apex and smooth elsewhere, white then brown stained.
The flesh is white, homogeneous to the stem, firm and unchanging, with an insignificant smell, but not very pleasant in the adult specimens, and a sweet, slightly spicy taste in the gills.
At the microscope, spores of 6-8.5 x 5-6.4 µm are visible, with little amyloid, subovoid, verrucous or warty-crested, subreticated, cream-colored in mass. Basidia is 35-50 x 7-10 µm , tetrasporic and cystidia 56-90 (100) x 8-12 (13) µm, fusiform.

Cultivation –
Russula parazurea is not a cultivated mushroom.

Uses and Traditions –
This mushroom has very beautiful colors very similar to those of Russula azurea although more unbalanced on cobalt-green, glaucous-olive and up to blackish-green, often with soft violet shades present. The color of the lamellas clearly changes, if compared to that of Russula azurea, we start from the whitish to finish to the cream at maturity.
It can be confused with similar species such as Russula cyanoxantha, from which it differs only in non-lardaceous lamellae and sporata yellow-ocher rather than white and with other Russules of the Griseinae group, such as:
– Russula azurea, which grows under spruce (Picea abies);
– Russula atroglauca, which instead is typical of birch woods.
The Russula parazurea is edible, but of poor quality.

Preparation Mode –
Russula parazurea is a fungus that, although edible, has a poor quality; at the limit if some specimen has been collected it can be consumed in a mixture of other mushrooms of good edibility but without exceeding.