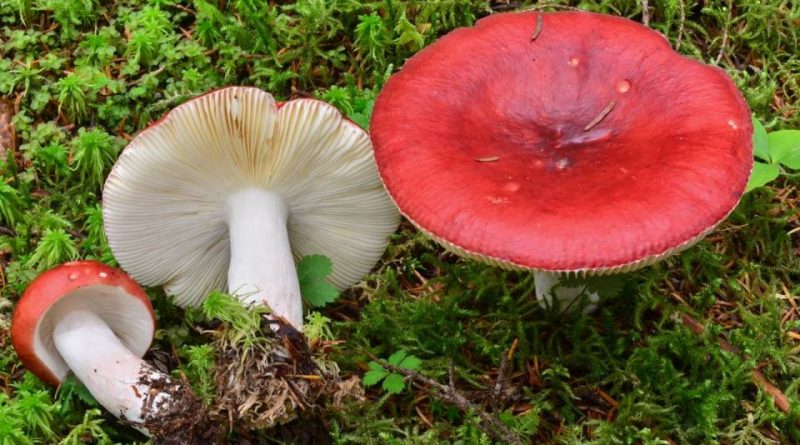 Etymology –
The term Russula is the diminutive of russus red: a little reddish, referring to the presence in this family of fungi with predominantly reddish colors. The marshy epithet refers to its habitual habitat which is that of marshy areas, of peat bogs, etc.

Geographical Distribution and Habitat –
Russula paludosa is a mycorrhizal fungus that grows in coniferous woods (preferably under Pinus spp.), Near the bilberry or in sphagnum mosses, in peat bogs, in marshy or swampy areas, both in Europe and in North America and in other similar habitats; fruit in the period between summer and autumn and in some areas it can be a very common mushroom. 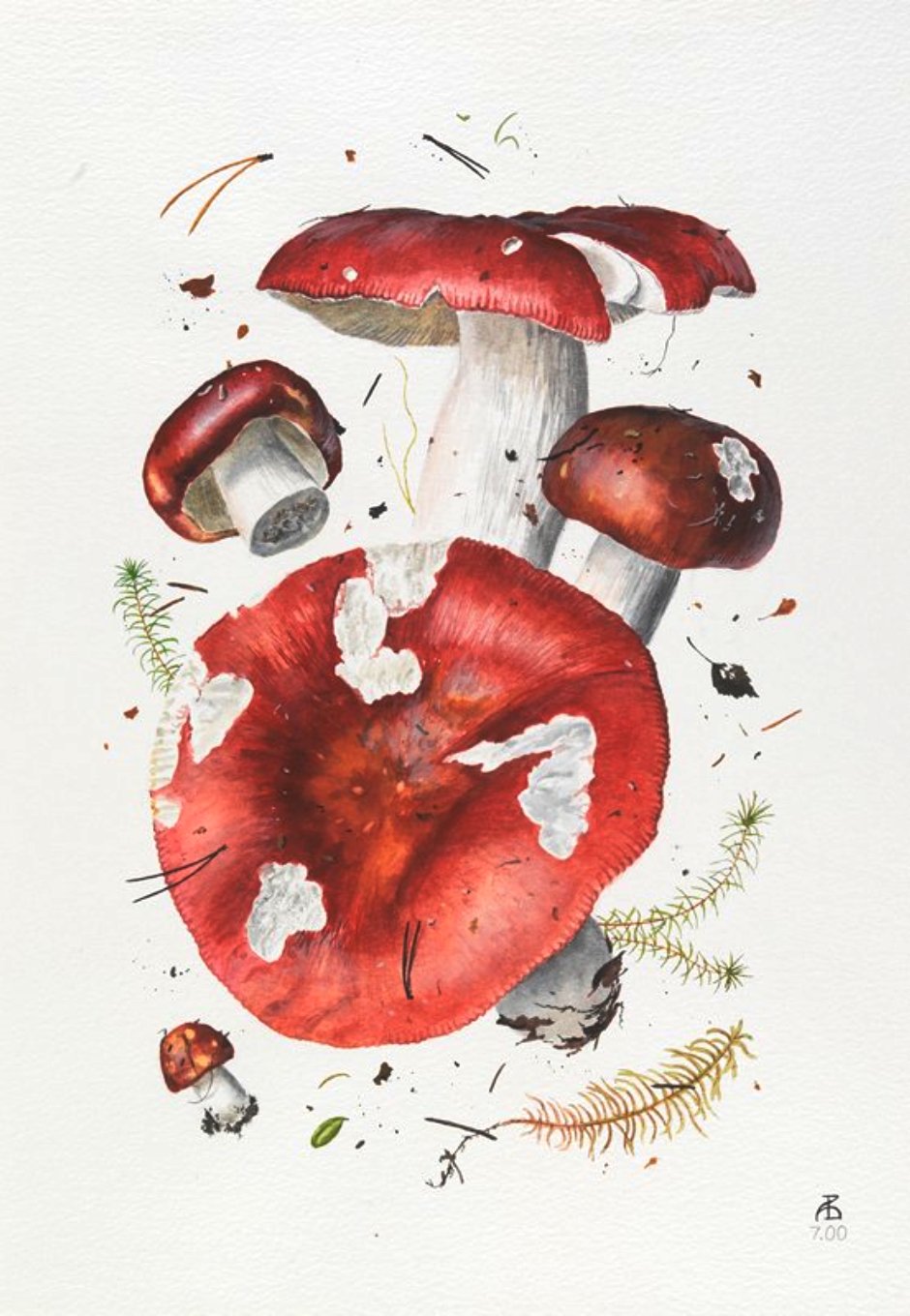 Recognition –
It is recognized for having a hat with a diameter between 7 and 18 cm that appears first convex, then flat and with central depression; the cuticle is separable up to half, of red-orange color.
The lamellas are dense, with numerous lamellulae, from sinuate to free, of cream color.
The stem has dimensions between 4-10 (15) x 1.5-4 cm, robust, white, with pink shades towards the base in mature specimens.
The flesh is whitish, pink-red under the cuticle, unchanging or slightly graying, with a fruity odor and a sweet and slightly spicy taste in the blades of primordia.
Under the microscope, spores of 8-11 x 6.5-8.5 µm are noted, ovoid or ellipsoidal, warty, with ridges 0.7–1.2 µm high, partially reticulated, cream-ocher in mass.

Cultivation –
Russula paludosa is not a cultivated mushroom.

Uses and Traditions –
Russula paludosa is a fungus that is not widespread but abundant in growing areas.
It is a fungus of fair edibility, often common in some sales markets such as Finland and some areas of Northern Europe.
It can be exchanged with Russula turci and Russula violeipes, which however have the same characteristics of edibility. However it can easily be mistaken for Russula emetica which is poisonous and often found in the same forest habitat.
In areas where the fungus is rare it is best to avoid harvesting.

Preparation Mode –
This species can be prepared and preserved like other edible Russulas, so it is suitable both for consumption and conservation.