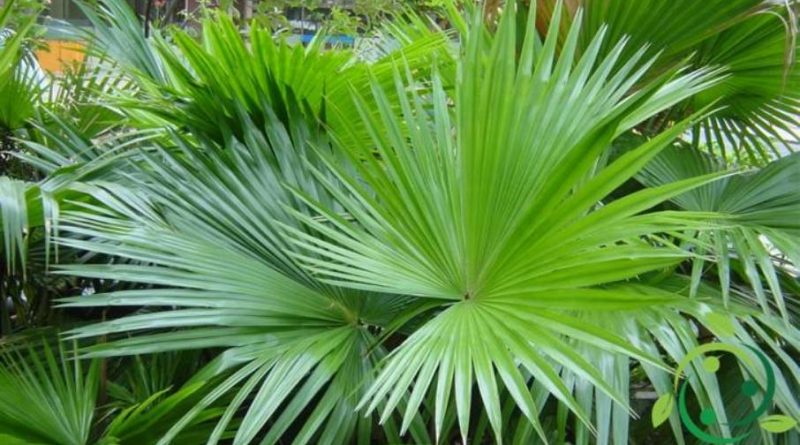 How to cultivate the Livistona

The Livistona belongs to a genus of plants (Livistona R. Br., 1810) of the Arecaceae family which includes about thirty species originating from Australia and South-East Asia, with characteristic fountain-like foliage.
Within this genus, Livistona rotundifolia (Lam.) Mart plays an important role as an ornamental plant. Also known by the synonym of Saribus rotundifolius (Lam.) Blume or Corypha rotundifolia Lam.
In this card we will see how to cultivate Livistona in our climates and in the apartment, considering that this palm reaches considerable dimensions in nature but, due to its slow development, it is possible to grow in pots as an ornamental plant.
The young palms on the market usually have 2/3 years and beautiful fan leaves. They need a sheltered position during the winter and tolerate dry air due to heating well enough, if the waterings are not in short supply. Adult specimens tolerate short periods of frost and can be grown outdoors on the Mediterranean coast.
The Livistona is however a very ornamental indoor plant typical of tropical places, but now widespread in apartments around the world as a true element of decoration and very elegant.
This plant, for the less experienced, can be confused with Chamaeropsis humilis, which follows its cultivation forms and properties, but which differs in height and diffusion areas (mainly Mediterranean).
The Livistona has a central stem from which the branches branch off, each of which gives rise to a single leaf, with a glossy waxy appearance and a bright light green. Only in the adult plant, branches and trunk appear brown with fibrous / squamous residues.
For its cultivation it is remembered to choose bright environments, it resists well even at high temperatures but it is advisable not to expose it to direct sunlight. The optimal cultivation temperature is between 18-23 ° C and therefore it does not tolerate temperatures below 15 ° C. It fears air currents, too dry environment and proximity to radiators or other heat sources.
For growing in pots we recommend a substrate composed of slightly acid universal soil, mixed with sand and clay.
In the basal part of the vase it is good to place perlite or gravel to allow an excellent drainage and drainage of excess water.
The Livistona must also be watered, using non-limestone water like rainwater, regularly to keep the soil always slightly damp; it also likes spraying on the leaves to maintain the right humidity. Furthermore, as Livistona loves the environment with a high level of humidity, in summer it is often necessary to spray its leaves with water that is always free of limescale.

As for nutritional intake, it should be fertilized once a month, in the period from spring to autumn; obviously this advice is for plants grown in the apartment and, in this case, special fertilizers for green plants should be used.
The plant, on the other hand, can also be grown outdoors but in areas with milder climates, where the danger of frost is minimal and, in this case, the plant must be made through a hole in the bottom of which it is advisable to make mature manure or , in the absence of this, a mature and fine organic substance.
Now let’s see the reproduction of the Livistona.
The plant reproduces by seed and even better by agamic means by dividing the clumps or suckers that form at the base of the plant. Multiplication by seed is long and laborious.
First of all you need fresh seeds just picked from the plant that must be immediately soaked in water for at least 7 days, the time required to the outer casing that protects it from reaching a soft consistency.
Then proceed with sowing: the seeds are stratified on the surface of a substrate composed of sand and peat in equal parts. The container is wrapped in a plastic bag and placed in a shady place at a constant temperature of 30 ° C. The soil should always be kept moist until the shoots appear, about 2 months.
The new plants obtained from seed germination must be transferred to individual pots and reared in them for at least 2 years before final planting.
In agamic propagation, on the other hand, we start from the division of the tufts, which is carried out in spring, in April-May, by placing the shoots that form at the base of the plant in a pot containing soil, peat and sand in equal parts. Choose the sprouts that have at least 2-3 leaves. With this method the pots, where the young plants are kept, should be kept in a protected place where the minimum temperature does not fall below 10 ° C and for the first 2 -3 months the soil should always be kept slightly damp. The young palms thus obtained must be grown in pots before planting them outdoors.
The repotting of Livistona rotundifolia is carried out when the roots have occupied all the available space and come out of the drainage holes of the draining water. When the pot is large, just remove old (2-5 cm) soil and replace it with fresh soil.
As for pruning, remember that the livistona, like other varieties of dwarf palms, should not be pruned. Only the dried leaves are removed, cut off with shears well sharpened and disinfected from the point where they start from the stem.
For leaves with only dry tips, it will be sufficient to eliminate only the tips to avoid compromising the aesthetics of the plant.
From the sanitary point of view the Livistona is a rustic and long-lived plant that generally is not attacked by common animal parasites such as aphids and cochineals and, sometimes it can be attacked by the white fly that forms whitish deposits along the leaf peduncles. It is also resistant to fungal diseases such as powdery mildew or white rust and rust.
Livistona is a houseplant that has purifying properties and fights various ailments, including eye irritation, headache and fatigue.