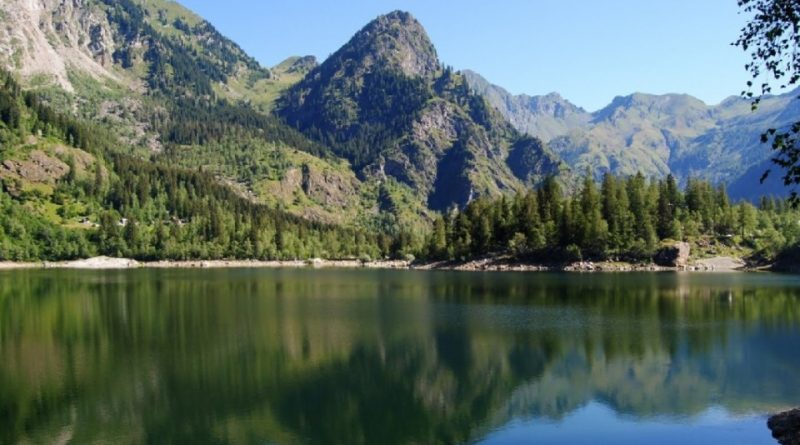 The Val Grande National Park, identified by the WDPA Code 63645 and the EUAP Code 0014, is a protected natural area, entirely within the boundaries of the province of Verbano Cusio Ossola, established in 1992 and subsequently expanded in 1998, in order to preserve the wildest area of ​​the Alps and Italy.
The Municipalities of the Province of Verbano-Cusio-Ossola that are inside the Park are: Aurano, Beura-Cardezza, Caprezzo, Cossogno, Cursolo-Orasso, Intragna, Malesco, Miazzina, Premosello-Chiovenda, San Bernardino Verbano, Santa Maria Maggiore , Trontano and Vogogna.
The Val Grande National Park is the largest wild area in Italy but also an outdoor museum of the past Alpine civilization. The abandonment of mountain pastures and the practice of deforestation has meant a return to the wilderness: nature becomes master. Richness and variety of vegetation are one of the major attractions, with impenetrable thickets and “colorful” flora. A Park with many secrets: timid animals, steep and craggy valleys, crystal clear waters in gorges defended by large overhanging walls and evocative views from Monte Rosa to Lake Maggiore.
It is a large area of ​​land without human settlements, between the Alps, which make this area a popular destination for nature and trekking lovers.
Inside the park are the Val Grande Nature Reserve (an integral and biogenetic nature reserve of 973 hectares) and the Monte Mottac Nature Reserve (an oriented and biogenetic nature reserve of 2,410 hectares), both established in 1971.
The park covers an area of ​​approximately 15,689 hectares, on a predominantly mountainous terrain. The landscapes constantly vary with the altitude, the exposure of the slopes to the sun, the presence of water, however a common note, marks a constantly harsh and inhospitable mountain.
The main mountains of the park are: Monte Zeda, Cima della Laurasca, Monte Togano, Monte Pedum and Pizzo Proman.
The Rio Valgrande and the Rio Pogallo with their river basins constitute the Park. The rivers have real springs, therefore they cannot be reductively defined torrents; however the characteristics of the beds, often embedded in hard rocks with sheer walls, make the course of these rivers subject to extremely rapid variations in case of rain. Of the old network of mule roads of the past, some bridges have remained that allow you to cross these waterways, which otherwise appear as insurmountable barriers for much of their length.

La Flora –
The richness of the vegetation and the variety of the blooms, thanks to the thermal influence of Lake Maggiore, constitute one of the Park’s major attractions.
In the lower Val Grande, mixed deciduous forests predominate with a prevalence of chestnut trees. The beech is instead the most widespread arboreal species of the upper Val Grande, mostly on the humid and less sunny slopes, but also on the southern ones, as a result of the high rainfall of this area. Some monumental beech specimens resisted huge avalanche that fell in the mid-1980s at the Alpe Boschelli, while others can be seen in Val Pogallo near Pian di Boit and Alpe Busarasca.
The coniferous forests, whose main species are spruce and white fir, are added to the beech-woods, albeit limited in extent. The larch is poor, due to the climate and the cuts made in past centuries.
The gorges are among the most significant environments and of priority interest at European level and are colonized by badgers, alders, limes and maples. Rising up in altitude, the substitution of the forest with shrubs is rapid; in the north-facing and more humid slopes predominate the alnets consisting of the green alder and a rich undergrowth with ferns and mosses, while the rhododendron and the blueberry settle at generally higher altitudes, along the ridges or rocky outcrops and on the sunny slopes.
Higher up, alpine meadows and the rocky vegetation environment dominate. The rarest and most interesting botanical species are surely the alpilegia alpina, the arnica montana, the gentian lutea and the campanula excisa. Near the wetlands of altitude, such as those found near the Alpe Scaredi, you can observe the Alpine tulip and the white blooms of the cotton grass. 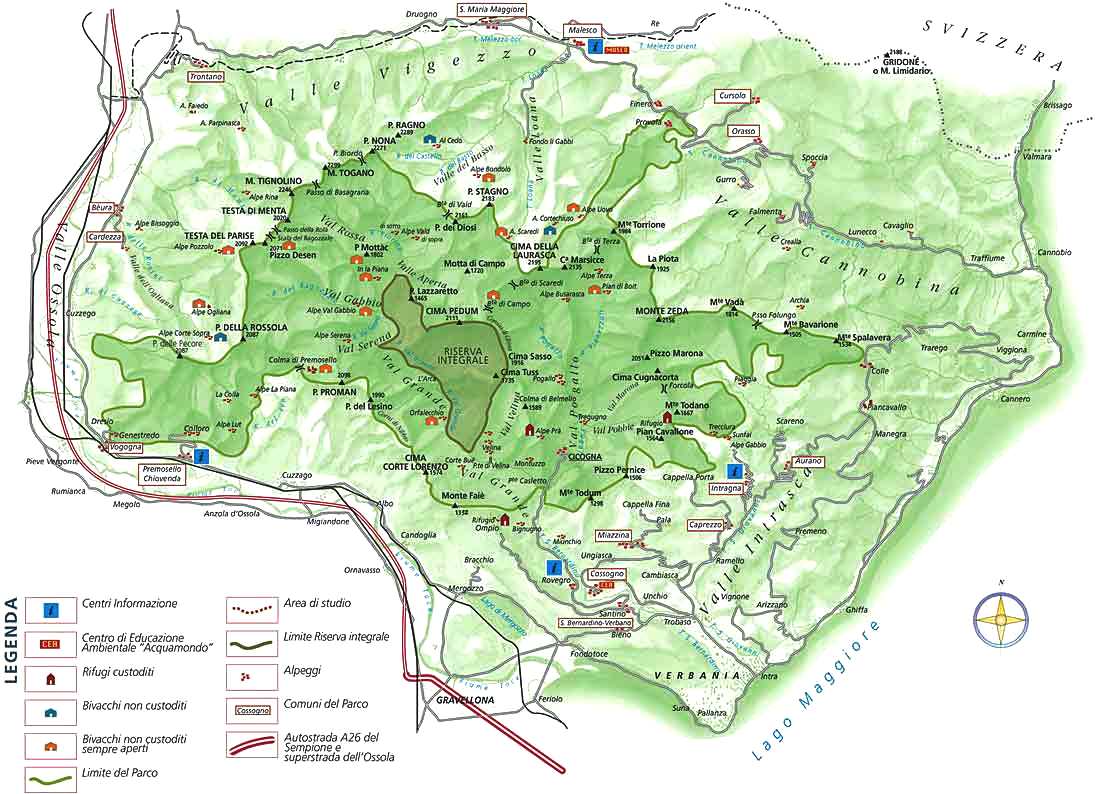 Fauna –
The presence of habitats and animals included in the protection lists at community level make the Val Grande also an important place of study.
Its peculiarity, that is the very scarce anthropization, make it an ideal natural laboratory where to deepen the knowledge of the natural evolution of vegetation and animal communities resulting from the abandonment by man after centuries of exploitation. A European loan returned to a Life Project has allowed scholars and experts to launch surveys in the area. The fruit of these first studies, useful for the preparation of the Park plan, has led to the identification of some species of interest at European level.
The birds include the golden eagle, the peregrine falcon, the black grouse, the francolino di monte and the eagle owl. Also noteworthy are the different species of woodpeckers, including the black woodpecker, and some Passeriformes such as the white and the small white.
The herbivores are present in the territory of the Park with well-structured populations such as in the case of chamois and roe deer. The situation is also favorable for the deer that is expected to become a consolidated presence in the coming years.
Fox, marten, marten, badger and weasel are the most significant representatives of carnivores. The woods are home to numerous small mammals such as dormice and wild mice that often approach the bivouacs to take advantage of some leftovers left by hikers.
Thanks to the abundance and quality of the rushing waters in the Park, it is necessary to point out the fauna that lives in the streams and which depend on them. The most representative species are the brown trout and the bullhead accompanied by the numerous macroinvertebrates (ephemeral and tricoptera larvae) which make up the diet. It is not uncommon to encounter two species of birds that frequent large boulders and cobbled banks: the dipper and the yellow wagtail.
Val Grande is often known for the presence of vipers, feared by many and sometimes the subject of legendary stories. In fact, these reptiles prefer environments not frequently visited by humans and full of hiding places such as bushes and heaps of stones; therefore they find the most suitable habitat in the wildest areas of the Park.
Relevant species are also found among insects, in particular among beetles: the Carabus lepontinus lives exclusively on the slopes of Mount Zeda (endemic species), while the Rosalia alpina, the Osmoderna eremita and the Gnorimus variabilis are included in the species lists strictly protected at European level.
Thinking of the territory of the Park as an environment in continuous evolution towards a situation increasingly similar to the original one, it is important to remember the species now extinct such as wolf, bear, lynx and otter, wild cat and skunk, for some of which it is possible to imagine in the future a return.