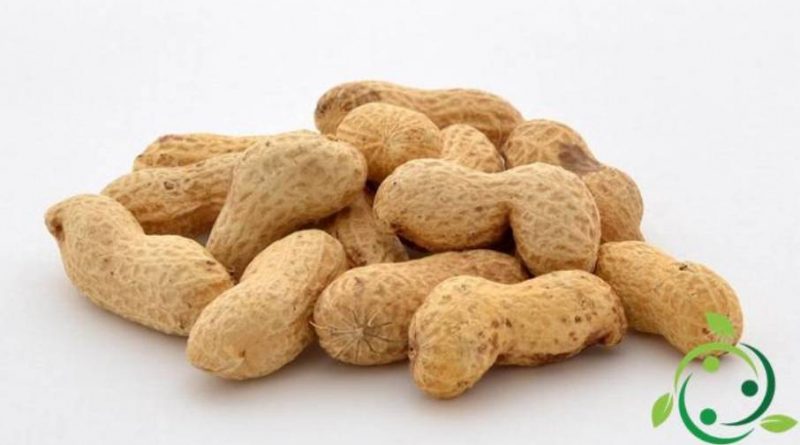 Peanut oil is a vegetable oil that is obtained by pressure or solvents from the seeds of the peanut plant (Arachis hypogaea L., 1753), a herbaceous plant, native to South America , which belongs to the Fabaceae family.
It is a plant grown almost all over the world, with Asia and Africa being the areas where the areas dedicated to these crops are most extensive, followed by America and Oceania. In Europe the cultivations of Greece, Spain and Italy have a certain commercial interest, where peanut is cultivated above all in Veneto and in Campania.
Peanut oil has a very high caloric intake, about 900 calories per 100 ml. The Nutritional Values ​​of Peanut Oil (100 ml) are therefore: Calories 900 kcal, Carbohydrates 0 g, Fats 100 g, Proteins 0 g.
Ultimately, peanut oil has a composition similar to olive oil: it contains 1% saturated fatty acids, 46% monounsaturated and 32% polyunsaturated. Compared to olive oil it has a more delicate taste so it is often used in the preparation of cakes. The peanut oil smoke point is 180 ° C for the unrefined one, while the refined one, which is often found on the market, can even reach 230 ° C.
As for the average chemical composition on 100 g of edible part we have: Iron 0.10 mg; Zinc mg 0.01; Water mg Traces; Sodium mg Traces; Potassium mg Traces; Calcium mg Traces; Selenium mg Traces.

However, it can contain, if not properly refined, also lipophilic proteins and allergens (agglutinins and oleosins) which introduce a risk for those suffering from severe peanut allergy.
Given the high prevalence and risk of severe peanut allergy reactions, the majority of peanut seed oils on the market are highly refined.
Peanut oil is rich in oleic acid, and linoleic acid, the main essential fatty acid of the omega 6 group. The vitamin E content is also very good.
The composition of peanut oil, thanks above all to the discrete concentration of monounsaturated fatty acids, makes it quite stable to the heat of cooking and gives it a sufficiently high point of smoke, suitable to make it also a good oil for frying.
This vegetable oil is widely used in the kitchen, both for making sweet and savory fries, and for making desserts: peanut oil can be used instead of butter.
Peanut oil is also suitable for use in the preparation of soaps and also for detergents and emollient creams for the treatment of dry skin.