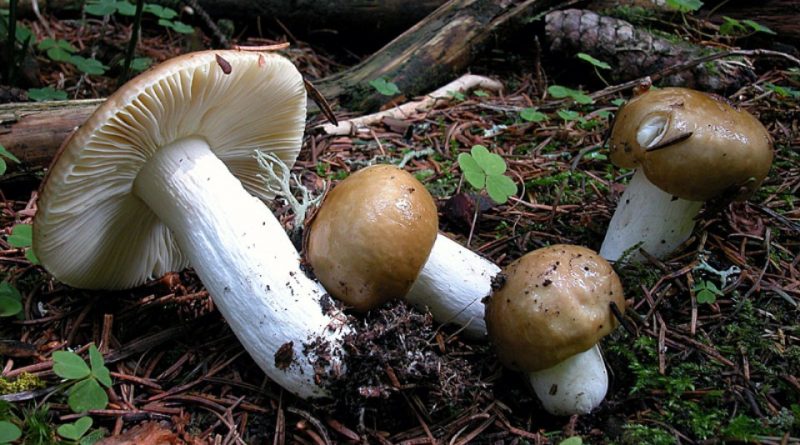 The entire russula (Russula integra (L.) Fr., 1838) is a baisidiomycete fungus belonging to the Russulaceae family.

Etymology –
The Russula terminbe is the diminutive of red rússa: red, due to the prevalent color of many mushrooms of this family. The specific whole epithet is due to the presence of uninterrupted lamellas.

Geographical Distribution and Habitat –
Entire russula is a fairly common mushroom that grows in coniferous (spruce) or exceptionally broad-leaved woods; fruits in the period from summer to autumn. 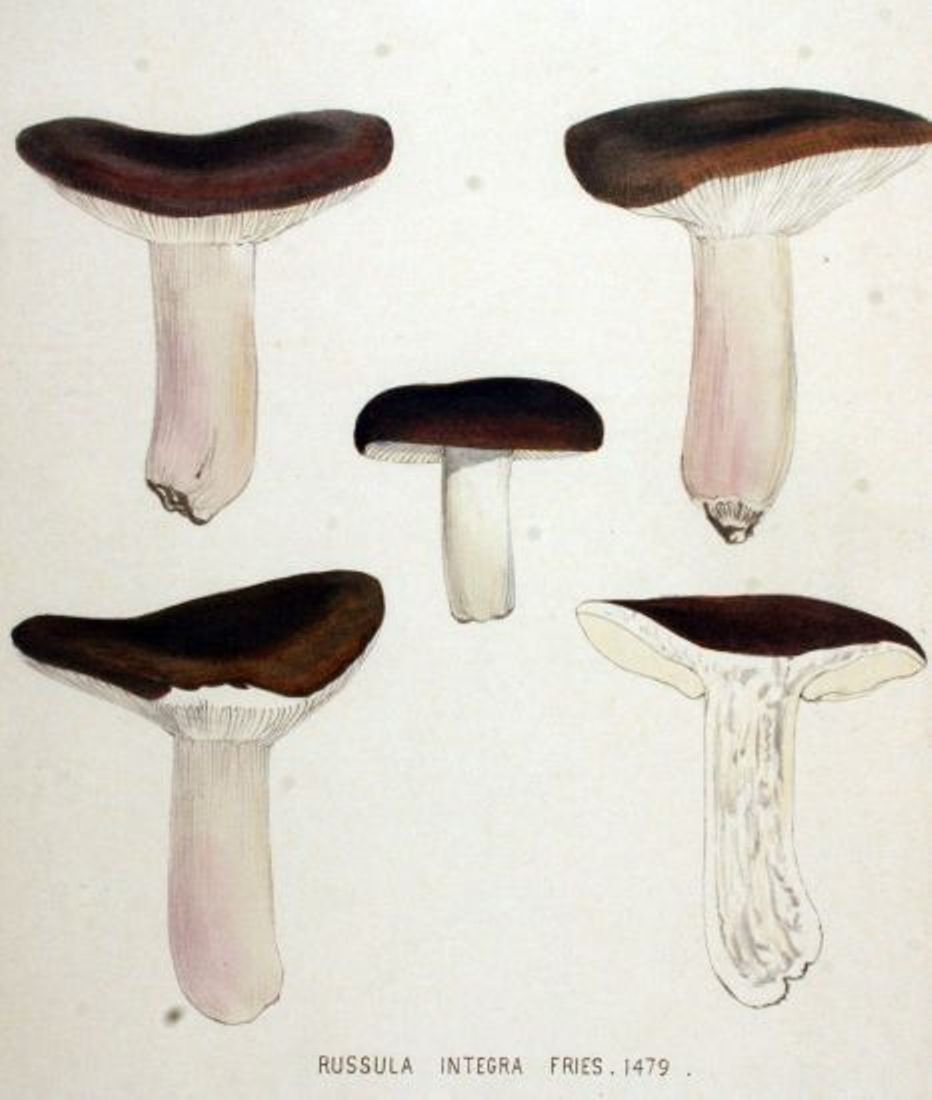 Recognition –
It is recognized by the cap of 8-15 cm in diameter, fleshy, first rounded, then convex, finally flattened with a fairly large central depression, with a cuticle separable by a third, dry, of very variable color, from brown to purple with more spots clear ocher color.
The lamellas are quite thick, then more sparse, thick, brittle, anastomose, free at the stem, first cream-colored, then intense yellow, with a lighter thread, sometimes almost white.
The stem is 6-10 x 2–3 cm, white, then brown, dirty or brownish-yellow in old age, firm, full, cylindrical, sometimes slightly enlarged at the base, smooth, more or less rough.
The flesh is firm, white and brown under the cap cuticle, with a light fruity smell and sweet nutty flavor.
At the microscope spherical spores of 12 µm, yellow in mass are noted.

Cultivation –
Russula integra is not a cultivated mushroom.

Uses and Traditions –
The Russula integra is one of the most common Russule of the alpine fir woods. It is a species with variable pileic colors that gave the opportunity to various A.A. to create many varieties and forms.
It can be confused with Russula badia, which is also quite common in alpine fir woods. Very useful for recognition is the organoleptic test, in fact the acidity of the latter will not be easily forgotten.
Another similar species is Russula alutacea, which however has yellow lamellae.
The Russula integra for its compact and sweet meat is of good edibility and therefore suitable for food use and the preparation of various dishes in the kitchen.

Preparation Mode –
In the kitchen this Russula can be prepared and preserved like other Russulas of good edibility.