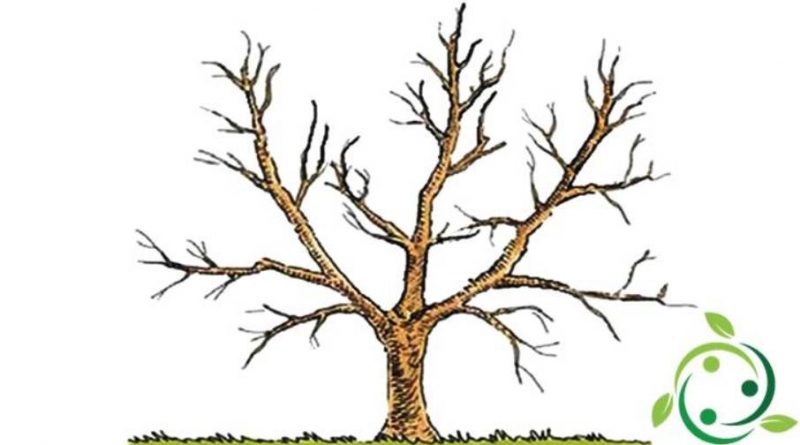 Form of training in a vase

The pruning technique consists of a range of interventions aimed at modifying the natural way of vegetating and bearing fruit of a plant, in a way that induces different vegetative and productive characteristics with respect to the natural tendency of the plant.
These are caesars, changes in the position of branches and other interventions aimed at obtaining better quality and quantity characteristics.
Among the forms of farming, the “vase” shape is one of the most widespread systems for fruit tree crops. The most classic form of this training system is given by a tree with a relatively high trunk that is divided into 3-5 primary branches, forming a rather expanded crown in volume and height.
From the most expanded and extended original forms, in recent times, also due to greater economy during the harvesting phase, the shape has been reduced, especially in height, so as to simplify manual operations such as, precisely, harvesting and pruning.
Currently, there are several variants of the form of pot-growing, with differentiations concerning the agricultural species, the uses or the theoretical foundations that have defined their evolution, the procedure adopted in breeding pruning to reach the final form.

However, despite all the variations, the structure of a pot-grown plant consists of a funnel shape, expanded in volume and open to the center, consisting of a trunk that at a certain height breaks off branching into 3-5 branches, called branches primary, inclined radially outwards.
In the ordinary technique the shape is given immediately, within the first or second year, interrupting the growth of the main trunk and leaving the branches that it is considered appropriate also as a function of the cultivated species. Over time the height of the trunk has been reduced and currently, to facilitate manual harvesting operations, it is kept within 50-100 cm, except for forms adapted to mechanical harvesting.
In turn the primary branches branch into secondary branches. These are more inclined and oriented so as to occupy the spaces between the primary branches. According to the typology, the secondary branches branch into tertiary branches or carry directly the exploitation branches, which are periodically renewed with the production pruning.