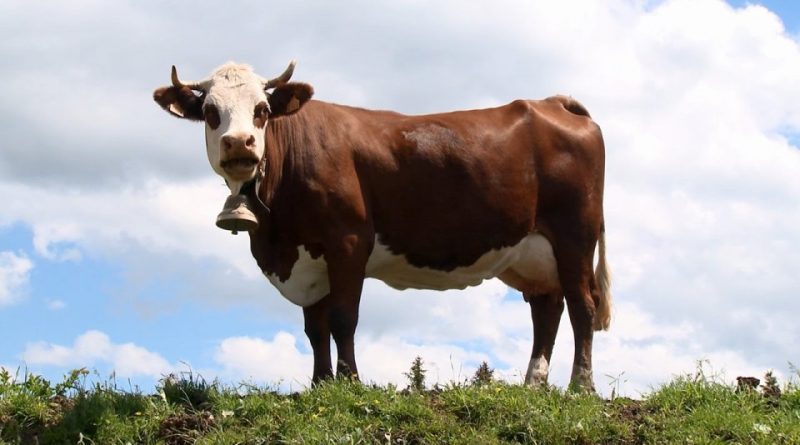 The Abondance is a bovine breed (Bos taurus Linnaeus, 1758) originally from Haute Savoie in France with a dual attitude.

Geographical and area distribution –
The Abondance cattle breed has a breeding area that includes the French Alps, the Massif Central and the Pyrenees.

Origins and History –
The Abondance is a native breed of the Chablais valley in the heart of the Alps (Haute-Savoie – France). It was introduced in this area along with the descent of the Burgundians and had origins in common with the Valdostana. The breeding was developed before the year 1000, by the Chanoines of the Abondance Monastery and, with it, the production of a quality cheese.
The name of this breed derives from the homonymous small village of Abondance which is located in this valley.
Over time this breed has adapted to the difficult conditions of the area of ​​origin (environment, food, climate).
La Abondance, together with: Grigio Alpina-Italia; Herens-Switzerland; Hinterwälder-Germany; Pinzgauer-Austria; Rendena-Italy; Tarentaise-France; Tiroler Grauvieh-Austria; Aosta Valley-Italy; Vordelwälder-Germany; Vosgienne-Francia, is one of the 11 breeds that join the European Federation of Breeds of the Alpine System.

Morphology –
The Abondance is characterized by a color of the spotted red coat tending to the Fromentino. The intense and darker red color is predominant. It has extremities of the limbs and ventral region generally white, with white head and red ears. Rarely there are red spots on the head.
The muzzle is fleshy red and the short horns are waxy yellow like the hoofs.
They are animals of smaller stature and size than the other French Red Pezzate. The height of the females is less than 140 cm. The live weight of females is about 6.0 quintals.

Production aptitude –
Abondance is a dual-purpose breed, with a prevalence for milk production. Very adaptable to harsh environments, excellent walker, excellent user of roughage, easy birth. The attitude to meat is also more than acceptable. A renowned cheese is produced from the production of this breed’s milk. The origins of these products date back to the 14th century. In fact, in 1381, on the occasion of the conclave in Avignon for the election of the new pope, 15 quintals of cheese were sent to the event. King Louis XIV was fond of it. Since then Abondance cheese has maintained its reputation.