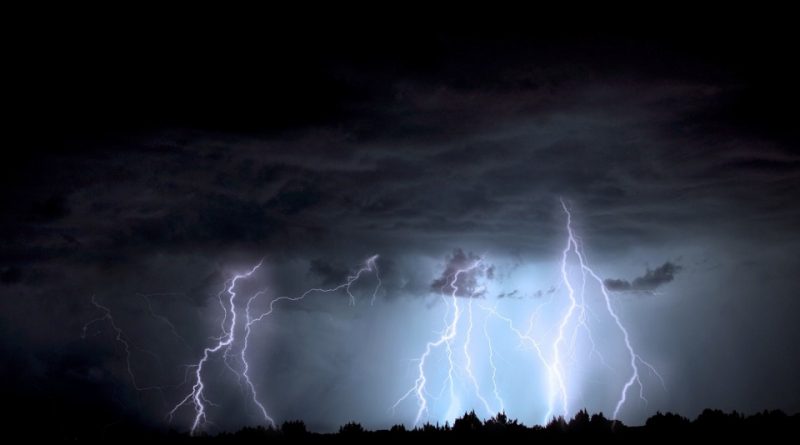 The monsoon is a periodic and cyclic, hot wind, characteristic of the Indian Ocean, which deeply affects the climate of the Indian subcontinent of Indochina and the Far East.
The term monsoon comes from the Arabic mawsim which means “season”, to underline its seasonal trend.
The change in wind direction, which takes place in May and October, brings with it very violent tropical cyclones, the so-called typhoons, which often have devastating effects on the coasts of the Indian Ocean.
During the summer, the monsoons cause a humid and tropical climate, with intense and prolonged rains while, in winter, they maintain a dry and sunny weather. The cause of these winds is the difference in temperatures between the air masses of continental origin and those of oceanic origin: a phenomenon of particular importance in the whole south-east of Asia, from Banghadesh to India and, albeit with less intensity , in the north of Australia and in some areas of Africa and Latin America.
The climate characterized by the monsoon cycle is characterized by a typically tropical temperature and situation, characteristic of the Indian Ocean, which occurs twice a year. The monsoons blow, as mentioned, at the beginning of winter and throughout the summer, causing a temperature that never drops below 18 – 20 degrees, poor temperature changes during the year and during the day, and a high humidity summer, with violent and persistent rains.
The summer monsoons blow from June until late autumn and, coming from the Indian Ocean, collide with the cold currents of Himalayan origin, flooding the entire plain of the Ganges with rain, the Assam region and the Bay of Bengal.

India is the place most subject to the influences of the monsoon climate, however a similar phenomenon, with seasonal rains and winds, occurs also in the central areas of Africa and in some regions of Australia and South America, with the consequent development of a vegetation typical of tropical areas.
Currently the monsoons tend to be traced back to the large zonal structures of atmospheric circulation: the Hadley cell and the Ferrel cell. The winter monsoon would therefore be a normal current of the trade winds that blows from north-east to south-west when the equatorial cyclones and the band of western winds move southwards over the equator, while the summer monsoon would be due to the marked shift to north of the intertropical convergence zone and therefore to penetrate the northern hemisphere of the baric structures and the circulations proper to the southern hemisphere.
The monsoon ground circulation has also been related to the circulation at high altitudes, in particular with the jet currents and with the convergence and divergence phenomena that affect the ground baric situations.
The oceans cool less than the continents and become areas of low pressure towards which the winter monsoons blow, coming from the earth and therefore carriers of dry air. The winter monsoon, which blows from December to February-March, contributes to making the climate mild and pleasant. During the winter, the enormous continental mass of Asia cools, while the Indian Ocean and the South Pacific Ocean, equatorial seas, they maintain their rather warm waters: on the continental mass an enormous area of ​​high pressure is formed, on the sea a zone of low pressure. Therefore the air masses move from the earth towards the sea, and therefore in winter dry and quite cold winds blow from the interior of Asia towards the Indian Ocean. In summer there is a reversal of the phenomenon: insolation warms the continent much more than the ocean, so the pressure distribution is reversed: low on the continent and high on the ocean. Consequently the dominant direction of the winds is also reversed, which now blow from the sea towards the earth. The rising of the sea air, damp, along the reliefs, causes its cooling with consequent condensation of the steam and very intense precipitations. The monsoon areas, despite the winter drought, are the rainiest on the planet during the year.
The influence of the monsoons is not only with regards to the climate but, obviously, also with respect to vegetation. The products of the monsoon area are therefore those that adapt well to a humid climate: plants from which caoutchouc, teak and ebony are extracted, not to mention rice, tea from sugar cane and cotton.
We recall that the monsoon is a wind present on other areas of the Earth: the Gulf of Guinea, the Gulf of Mexico, the coasts of Venezuela, Australia, Somalia, and, in Europe, the Iberian Peninsula and also some areas of Russia northern, are all areas subject to monsoon climate.