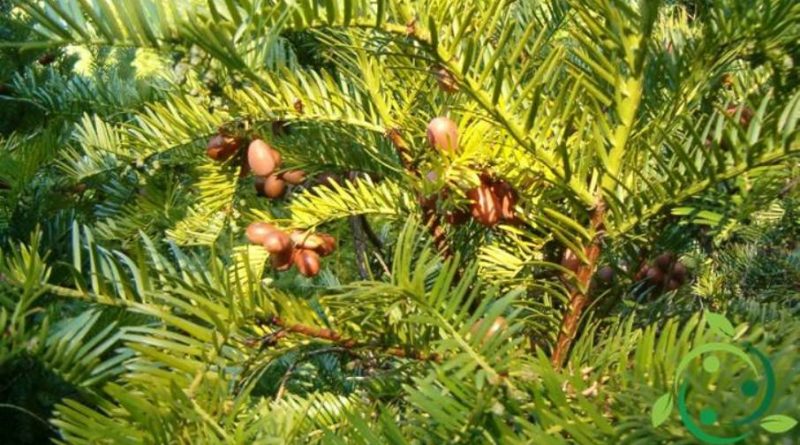 The Cephalotaxus or Tasso plum is a genus of evergreen trees and shrubs (Cephalotaxus Siebold & Zucc. Ex Endl.) Similar to the Tasso but with longer needles, with origins from China and Japan: these plants were introduced in Europe in the XIX century as ornamental species.
In this card we will see how to cultivate the Cephalopus following the most suitable agronomic tricks for this species.
The genus includes the following species: Cephalotaxus fortunei Hook., Cephalotaxus griffithii Hook.f., Cephalotaxus hainanensis HLLi, Cephalotaxus harringtonii (Knight ex J.Forbes) K.Koch, Cephalotaxus lanceolata KMFeng ex CYCheng WCCheng & LKFu, Cephalotaxus latifolia WCCheng & LKFu ex LKFu & RRMill, Cephalotaxus mannii Hook.f., Cephalotaxus oliveri Mast. And Cephalotaxus sinensis (Rehder & E.H.Wilson) H.L.Li.
Cephalotaxus have soft, needle-like leaves, arranged like a comb on the twigs, green in color; these plants are generally dioecious, which bear male flowers formed by microsporophylls gathered in small coniform strokes or pseudo-inset branches along the axils of leaves and female flowers formed by macrosporophylls arranged in pairs, each containing two ova and placed at the base of the branches.
The fruits are fleshy pseudodrupe that generally have a reddish color.

These plants reach a height of 5 m.
For the cultivation of this plant it is necessary to choose areas of the park or garden in partial shade, possibly sheltered from the shadow of some hours of the day by trees with large foliage but spaced apart so as not to enter into radical competition.
From the pedological point of view, Cephalotaxus prefers very fertile soils, which remain fresh even in summer and with a non-alkaline pH.
At the time of implantation, to be carried out by means of a hole suitable for hosting the root system, mature manure must be placed on the bottom of this, taking care to cover it with another layer of soil and on which to place the young seedling.
As for the training system, Cephalotaxus can be bred both in the shape of a tree and in a shrub-bushy form to form shielding barriers that give added value to the small landscape of your garden, or within a park.
The Cephalotaxus is a plant that can also be pruned vigorously to give it the shape that is most suitable. From an ecological point of view, however, it is advisable to follow its natural tendency limiting itself to the elimination of dead, damaged or excessively crowded branches of the plant.
For water supplies, remember to irrigate immediately after the plant, in an abundant manner, and reserve periodic supplies, especially in the first years, in the period between April-May and autumn; subsequently, when the plant has developed its root system, if you have chosen the shade and freshness of your soil well, it will no longer need emergency irrigation water, except in extraordinarily dry seasons.