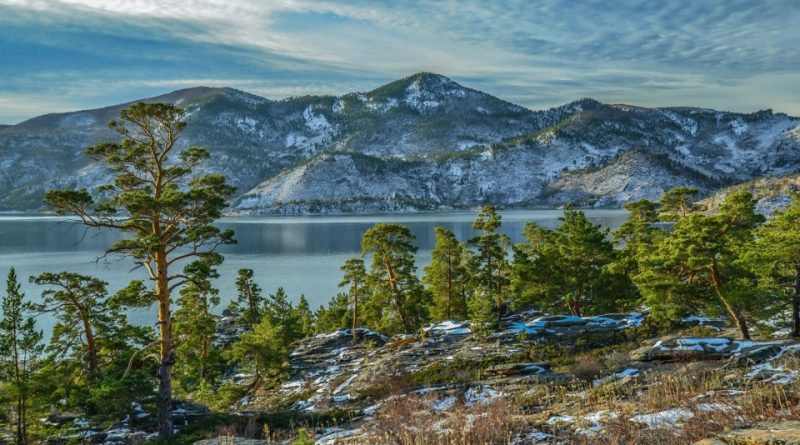 Kazakhstan is a transcontinental state that develops between Europe and Asia. Its capital is Nursultan.
This former republic of the Soviet Union is bordered to the east by China, to the west and north by Russia and to the south by some Central Asian countries, namely Kyrgyzstan, Uzbekistan and Turkmenistan. Furthermore, to the west it is bordered for a stretch by the coasts of the Caspian Sea.
Kazakhstan, which has an area of ​​2,724,900 km2, is the largest state in the world that has no access to the sea, as the Caspian Sea is considered a lake.
Kazakhstan is marked for most of its territory by the steppe.
The Kazakhstan steppe is an ecoregion of the Palaearctic ecozone, which extends across central Asia from the Ural river to the foothills of the Altai, occupying mainly northern Kazakhstan, but also some southern areas of Russian Siberia (Omsk oblast, oblast of Novosibirsk and Altai krai).
This region is the largest arid steppe in the world and before it was largely converted into agricultural land, around the fifties of the last century, it constituted an unbroken band that stretched across Central Asia from the Ural river in the west to the foothills of the ‘Altai to the east.
In this area the summers are generally hot and dry, while the winters are harsh, but without significant accumulations of snow. Every year the region receives between 250 and 300 mm of rain, which fall mainly in spring. Strong winds are frequent. In summer they often cause drought, while in winter they often give rise to terrible snow storms, called buran.
It is an area characterized by low reliefs, with rounded shapes that are called melkosopochniki, which only very rarely exceed 200 m elevation. In some areas of the ecoregion, especially at its western end (basin of Lake Shalkar) and in the eastern regions (Kulundinskaya plain), layers of salt have progressively accumulated. Kazakhstan is crossed by some large rivers, such as the Ural, the Irtysh and their tributaries. However, most of the region is located in closed basins. There are numerous flat-bottomed lakes, from tiny ones, nicknamed “saucers”, to very large ones, such as the Kulundinskoye, the Tengiz and the Shalkar. Typical soils of the region are chernozem (black soils) and brown soils, but they accumulate less humus than the same types of soils present further north and west.
These climatic, morphological and geographical characteristics give life to a flora and fauna that has had to adapt to particular conditions. 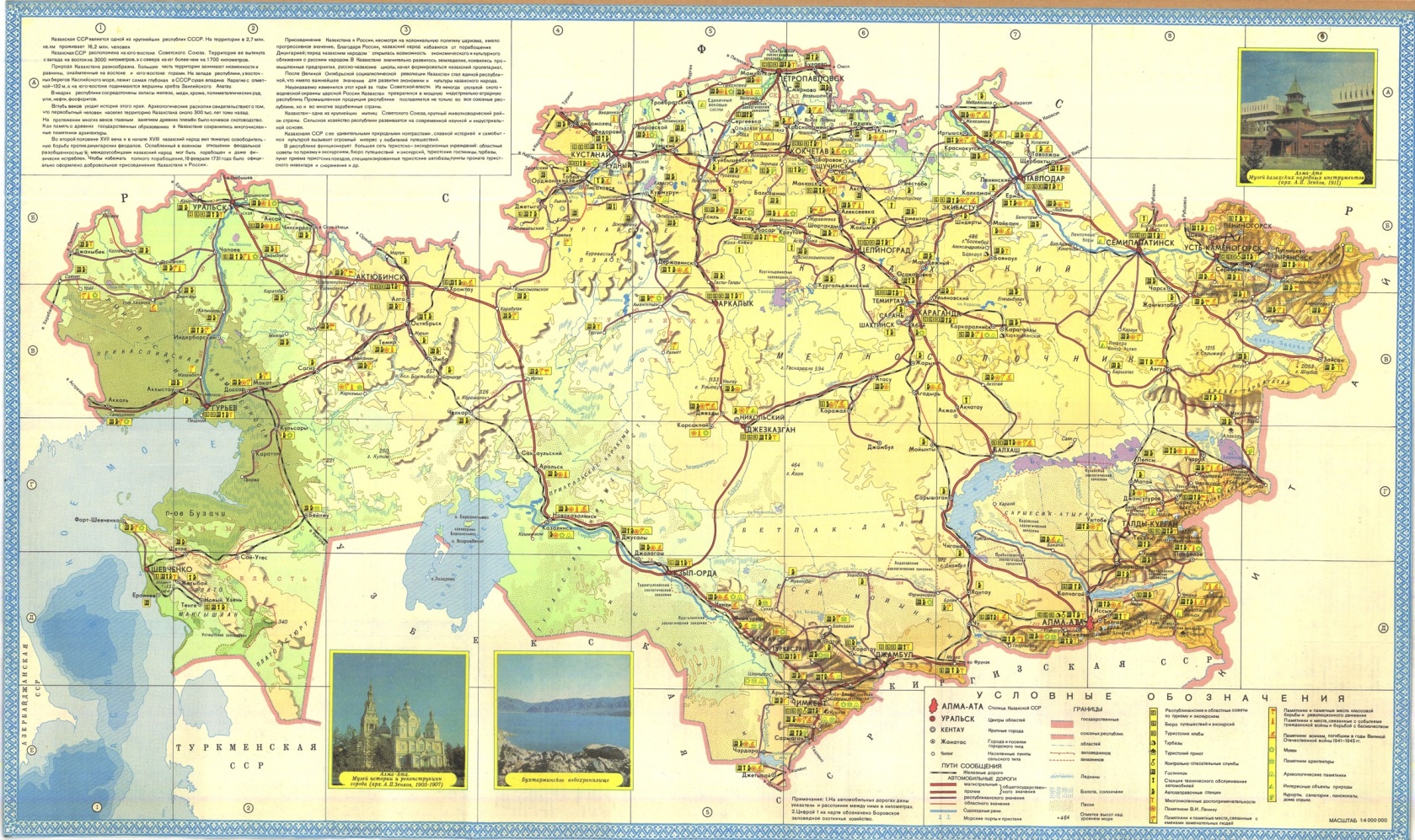 Flora –
In the region of Kazakhstan there are over 25 different steppe plant formations. Most of the region is occupied by arid steppe and steppe, while the desert steppe is less frequent. This landscape has immense grassy expanses, dominated mostly by species of the genera Stipa (Stipa zalesskii, S. lessingiana, S. pennata, S. tirsa, S. capillata, S. sareptana, S. orientalis), Festuca (Festuca valesiaca, F. rupicola), Agropyron and Helictotrichon, as well as from Koeleria pyramidata. Another very represented genus is Artemisia (Artemisia austriaca, A. lerchiana, A. lessingiana, A. santonicum, A. gracilescens, A. marschalliana, A. frigida, A. ammaniana, A. nitrosa). The steppe occupies the highlands, except for the deepest depressions and spiers, lake depressions and solonchak-covered depressions. In the deeper depressions various types of lawn grow: communities of halophytes, grassy swamps and tree-lined grassy marshes. The shrub steppe is also common in this region, consisting of xerophytic bushes and tree species of the genera Spiraea, Caragana, Prunus and Lonicera.

Fauna –
As for the vegetable species also the fauna has had to adapt to these conditions and in fact most of the mammals present here live in colonies or migrate. Among the latter, only the saiga (Saiga tatarica) still survives today in this ecoregion. This antelope has recovered from the threshold of extinction during the 20th century and has become very rare again, but currently the number of specimens is growing again. Saiga makes long migrations between winter pastures and summer “maternity wards”. In addition to the saiga, the typical fauna of the region includes numerous rodents, such as ground squirrels (Citellus), hamsters (Cricetus, Cricetulus, Phodopus), voles (Microtus), birch mice (Sicista), lemming (Lagurus) and marmots (Marmota bobak ), and lagomorphs, such as pika (Ochotona) and hares (Lepus). Typical steppe carnivores are the wolf (Canis lupus), foxes (Vulpes vulpes, V. corsac) and the steppe skunk (Mustela eversmanii).
Among the birds, numerous water birds visit the deserts of Kazakhstan during their spring and autumn migrations, and some even nest there. Some wetlands, such as those surrounding the Kourgaldzhin and Tengiz lakes (2580 km²), are protected by the Ramsar Convention. These wetlands are of particular importance for the conservation of some rare species of water birds, such as two species of gulls, the wrecked gull (Ichthyaetus relictus) and the gull of Pallas (I. ichthyaetus), the ruddy hump (Oxyura leucocephala), the marbled duck (Marmaronetta angustirostris), the greater flamingo (Phoenicopterus roseus), the tufted tufted duck (Aythya nyroca), the gregarious lapwing (Vanellus gregarius) and two species of pelicans, the hedgehog pelican (Pelecanus crispus) and the white pelican ( P. onocrotalus), as well as for many other birds (altogether 112 species). Here, research has been conducted on the ecology and biology of water birds (Pelecaniformes, Ciconiiforms), but also on the northern gull (Larus argentatus) and on the curlew (Numenius tenuirostris).
Among the other rare or threatened species of birds present here are four species of eagles, the golden eagle (Aquila chrysaetos), the imperial eagle (A. heliaca), the rapacious eagle (A. rapax) and the Eurasian harrier ( Circaetus gallicus), the osprey (Pandion haliaetus), four species of falcons, the sacred falcon (Falco cherrug), the falcon of Berberia (F. pelegrinoides), the peregrine falcon (F. peregrinus) and the girfalco (F. rusticolus ), the damsel of Numidia (Grus virgo) and two species of bustard, the Eurasian bustard (Otis tarda) and the little broiler (Tetrax tetrax).
Among the reptiles, the agile lizard (Lacerta agilis) and the Orsini viper (Vipera ursinii) are present here, while among the amphibians we recall the emerald toad (Bufotes viridis) and the arvale frog (Rana arvalis).