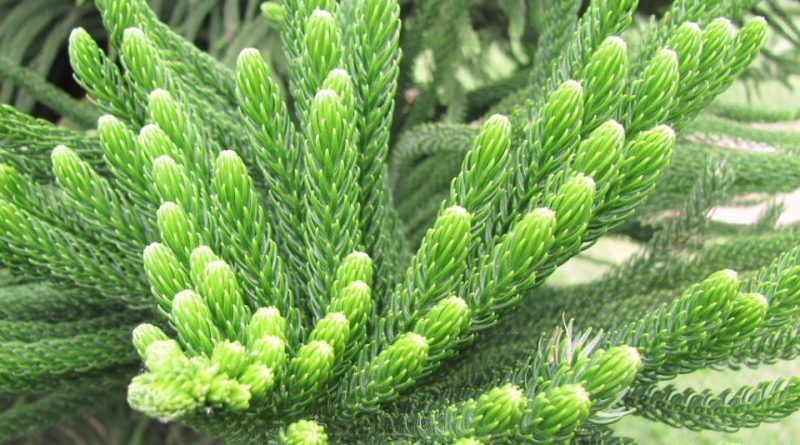 The Norfolk Pine (Araucaria heterophylla (Salisb.) Franco, 1952) is an arboreal species belonging to the Araucariacee family.

Etymology –
The term Araucaria comes from the name of the Arauco Indians, inhabitants of the southern province of Chile of the same name where the plant comes from. the specific epithet heterophylla derives from the Greek ἕτερος héteros variable, different, irregular and from φύλλον phýllon leaf, lamella: which has irregular leaves or lamellae of different shapes.

Geographical Distribution and Habitat –
The Norfolk Pine is a plant native to the island of Norfolk, to the east of Australia and South America. Today it is widespread in various parts of the world and cultivated above all for ornamental purposes. 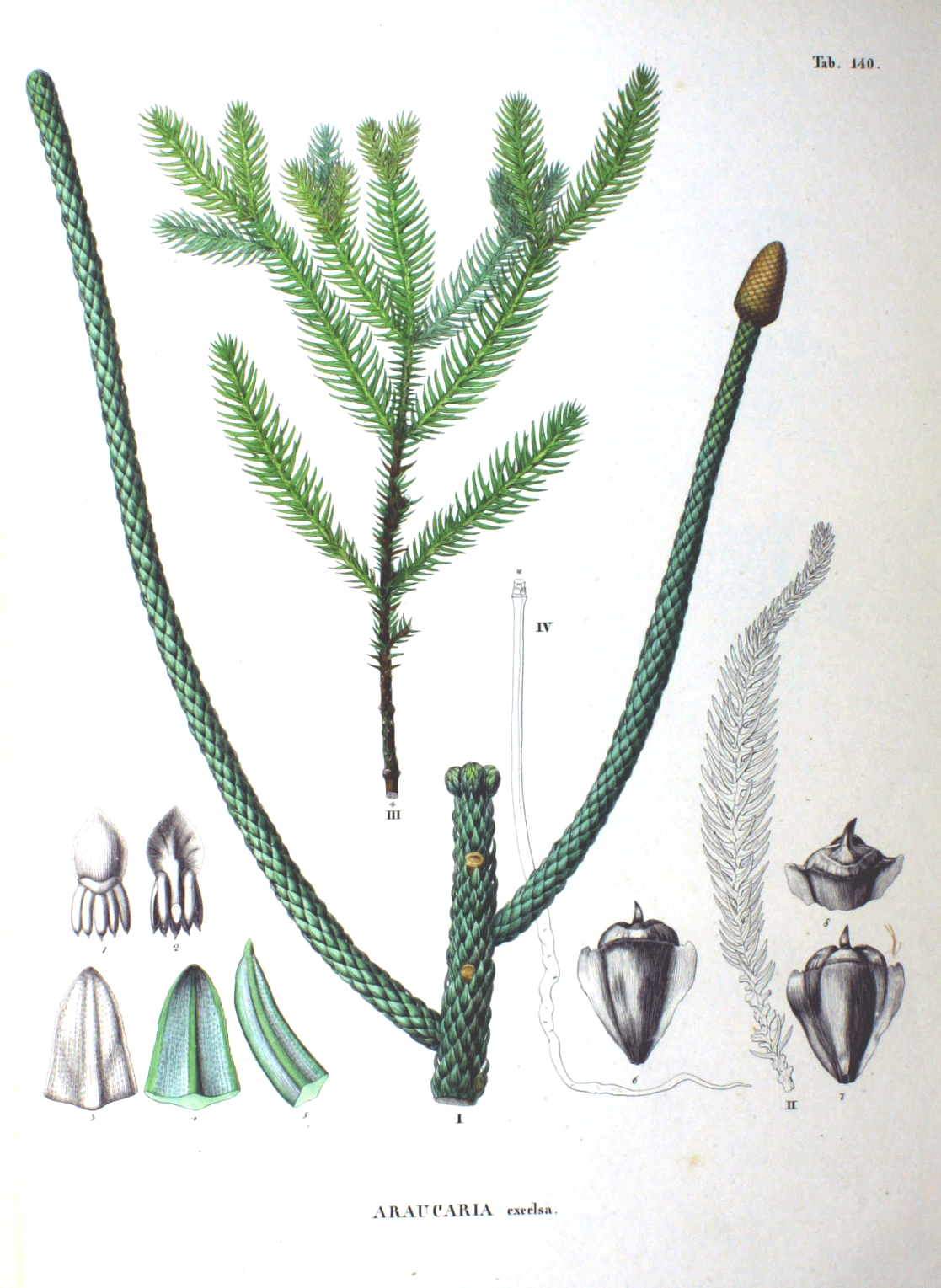 Description –
The Araucaria heterophylla is a plant that, in its original habitat, can reach 50-70 m. Cultivated in other areas, it reaches heights of up to 25 m. The foliage is typically in the shape of a regular pyramid, open (not condensed), with branches from erect-patent to patent, regularly decreasing in length from the bottom to the top, with the main axis clearly distinguishable at a distance and foliage tending to green.
It has an erect habit, with horizontal branching, verticillated twigs with 4-7 elements.
The bark is gray-brownish; the leaves are of two types (a characteristic that gave rise to the end of the species); in the younger branches they are not pungent, light green; in the adult branches they are shorter, imbricate and with a rigid apex and bright green. The male flowers are cluster-like, 4 cm long; the female ones are wider than long and have triangular scales with a bract.
From the fertilization a rounded strobilus of about 10 cm of length and 11 of width is formed, with a large winged seed for each scale.

Cultivation –
For the cultivation of Araucaria heterophylla, it must be borne in mind that it is a plant that does not tolerate frost but is nevertheless an undemanding plant.
It can be grown on poor and sandy soils but needs deep profiles where to deepen the roots.
It is a fast growing tree, resistant to even strong winds.
It is often cultivated, as a single specimen, in large gardens, especially on the seashore.
The Norfolk Pine can be cultivated, in young specimens, also in pots provided that it is periodically repotted in containers of increasing size.

Uses and Traditions –
The Araucaria heterophylla was discovered in 1780 by the English botanist Joseph Banksnel in Australia, on the island of Norfolk, and for this reason it was nicknamed the “pine of Norfolk” but it is also found in the natural state in Chile, in the province of Arauco, from which it takes its name.
According to legend, after the Araucarian natives fought strenuously to maintain their independence, opposing the Spanish conquest, their decimation was so fierce and violent that their leader would exclaim: “we will all die, but our trees will perpetuate our name” .
In addition to purely ornamental purposes, this plant also boasts other qualities. According to studies carried out by Wolverton, an American professor, the purifying capacity of air by green plants has been demonstrated and, in this sense, the Araucaria is a very valid purifier, absorbing the molecules of formaldehyde from the air.
Araucaria heterophylla, also frequently known as Araucaria excelsa, has been used mainly as timber for shipbuilding in the past.

Preparation Mode –
The Norfolk Pine in addition to uses as an ornamental plant and for the supply of timber, especially in the naval field, has no particular uses in the food or pharmaceutical fields.