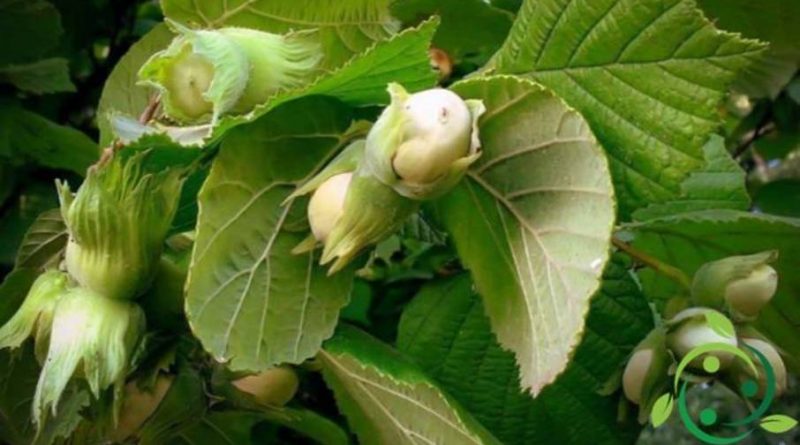 How to prune the Hazel

The nocciòlo (Corylus avellana L., 1753) is a fruit tree of the Betulaceae family which, especially in recent years, has seen the introduction of cultivation techniques suitable for favoring total mechanization, helping to contain the major physiopathologies to reduce cultivation costs. , integrating defense practices with respect for the environment. In fact, instead of the traditional bush, in the new plants the monocaule shape is preferred in the different variants: free pot, monocone, ipsilon and hedge.
In this card we will see above all how to prune the Hazel bearing in mind that, the current tendency is for an increase in the density of plantation, taking however into account the need to favor the mechanization and avoid competition in regard to brightness, it is advisable not to go below 5 m between rows.
In the pruning technique it is taken into account that the hazel is a particularly lively plant in issuing basal shoots, so that, if it is not governed, it soon turns into an intricate bush. For this reason it is good that the pruning is done at least once a year, in order to keep the tree productive and functional for the harvest.
In fact, the hazelnut is a bushy shrub that grows very high, which, if not regulated, can even reach 5 meters in height. Furthermore, it should be taken into account that the hazelnut is a tree with good resistance to cold, which allows cuts to be made pruning throughout the winter season, except in areas with particularly cold winters.
Due to the vegetative characteristics of the hazelnut tree, pruning has several objectives:
– Contain the shoots of the suckers; it is a plant that tends to produce numerous suckers every year. For this reason it is necessary to intervene frequently to avoid that the tree disperses its useful resources instead to the production of the fruits.

– Keep the shrub tidy; it is necessary to intervene to obtain an airy and clean shrub in order to facilitate the collection and a good aeration inside the foliage. The hazelnut tends to produce many branches that cross each other, so pruning must have the aim of maintaining a good internal balance.
– to brush up the branches; too much woody branches, which are more than six or seven years old become less and less productive. In this sense pruning aims to keep the park young, even in its main stems.
– Reduce the height and size of the plant; the hazelnut, as mentioned, can even reach 5 meters in height, so it is advisable to adjust the shaft so that it does not exceed four meters.
Now let’s see the training pruning. This begins immediately after the planting of the shaft of the young hazel; here, unlike other fruit-bearing species, complex interventions are not necessary at this stage. The first year is better if the plant is free to grow without intervention, from here for at least two years we try to keep the tree tidy by limiting the side branches, which must be thinned.
Subsequently, for the pruning of production, on the plants of at least four years, pruning has the first objective of eliminating the dry branches and always the suckers of the year. We proceed in this way and after cleaning, we select from three to five main stems, on which to impale the entire plant. These branches must be between three and five years old. With the subsequent pruning you will gradually renew these barrels by rejuvenating them, avoiding having logs longer than six years. This maximizes the tree’s yield.
As for the pruning period, it is necessary to intervene when the hazelnut is in vegetative stasis, therefore before it emits the spring buds. This is why it is necessary to intervene during the winter, starting from November until February. Even if the stone is a rustic tree and does not particularly fear the cold, if you live in an area where winter is harsh it is advisable to avoid cuts in December and January and wait for the end of February to prune.
It should be remembered that production pruning must be performed annually in order to eliminate 10-15% of the vegetation and leaving a good supply of branches with a length between 20 and 25 cm. The control of suckers, in specialized plants, is also carried out with special machines.
A particular pruning technique of hazelnut is that of abbruttimento. This technique consists of thickening the hair and stimulating the female flowers. It is practiced breaking the lateral branches of a more vigorous year, leaving the piece of branch detached. It must be done between July and August, while in winter the branch will be cut by eliminating the broken part.
As usual the recommendations for pruning operations; always use tools that are suitable for the type of cut, well sharpened and above all disinfected. Moreover it is good that the cuts have an inclination of 45 degrees, which avoids the dwell of drops of water on the cut area.