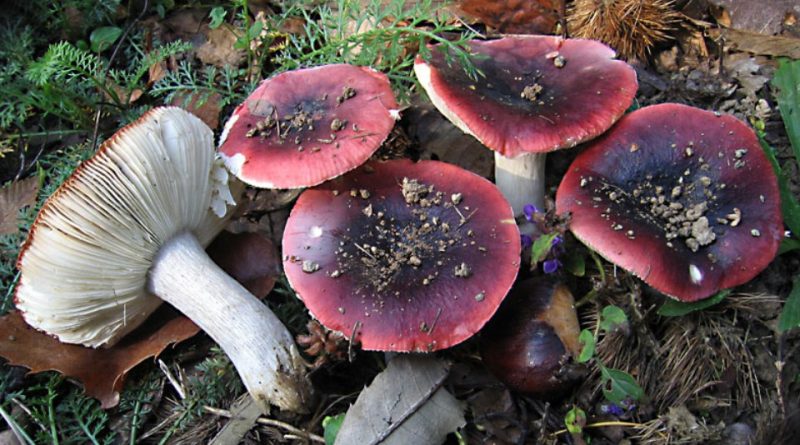 Geographical Distribution and Habitat –
The Russula atropurpurea grows in mixed woods, on the edge of paths. In Italy it bears fruit from the end of June until late autumn. It is a fungus present in many areas of the planet; especially in the countries of continental Europe, including Great Britain and Ireland, and in other parts of the world, including Asia and North America. 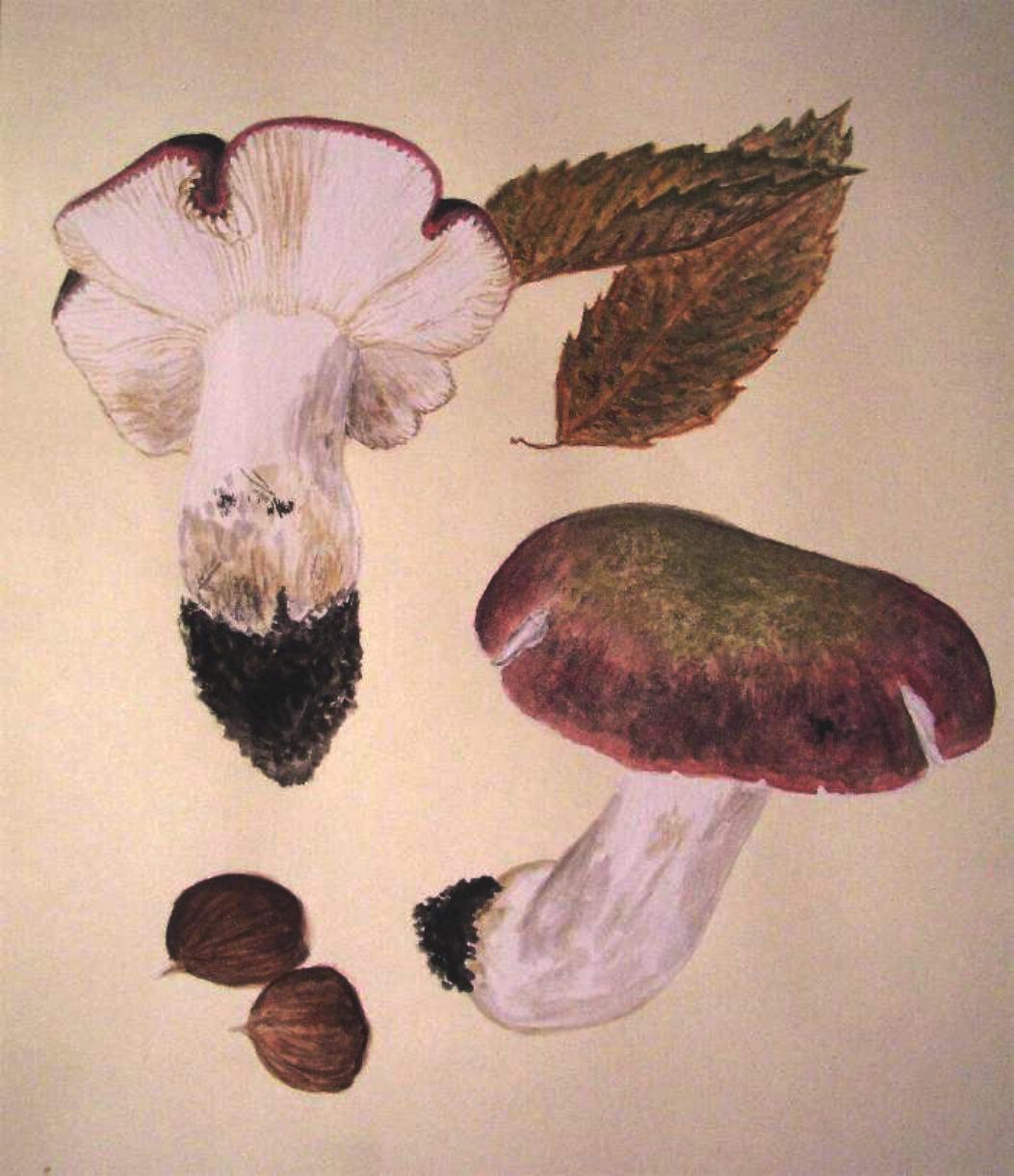 Recognition –
It is recognizable by the 8-12 cm diameter hat, from semi-convex to flat, slightly depressed in the center, not very fleshy, with a brilliant cuticle, of an intense purplish red color, purple, darker in the center, with a curved, not striated edge .
The gills are white or pale straw yellow, dense, thin, adnate. The stem is 5-6 x 1–2 cm, white in color.
The flesh is white, compact, with gray nuances in the stem, with a fruity odor.
At the microscope, white spheres are observed in mass, subspherical, cross-linked with warts, 7-9 x 6-7 µm. The cystidia are appendiculate, of 100 x 8-12 µm. The slightly clavicated pileocystids, often appendicated or capitate, of 100 x 6-10 µm.

Cultivation –
The Russula atropurpurea is not a cultivated mushroom.

Preparation Mode –
This russula, even if edible, is recommended to cook it thoroughly. It is always a good recommendation because the Russulas are in certain cases difficult to identify accurately and a small number of species of this genus are poisonous mushrooms; for this reason it is very important to collect only those specimens that can be identified at species level with complete certainty. In cases of uncertainty it is always best to avoid collection and preparation in the kitchen.