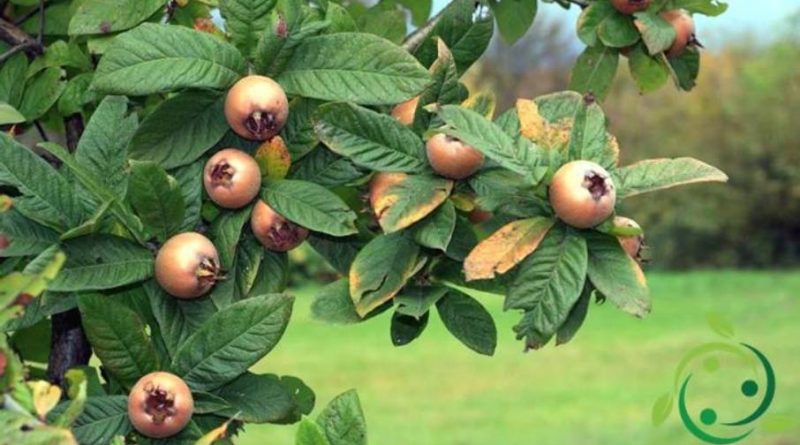 How to prune the common medlar

The common medlar tree (Mespilus germanica L.) is a fruit tree of the Rosaceae family, also known as Germanic or European medlar, and its fruit is called “medlar”.
In recent times this plant has been increasingly replaced by the Japanese medlar but has very interesting qualities and organoleptic characteristics.
In this card we will see how to prune the common medlar considering that it is a medium-sized plant, with lush foliage, which does not require particularly complicated pruning. In general, the medlars are kept in a simple vase shape. The aim of the common medlar pruning is to stimulate its productivity, in addition to keeping it in the appropriate proportions and eliminating too old branches and suckers.
Pruning can also be two years and the cuts must be made with the aim of shortening the branches and preventing them from growing beyond the desired size.
Meanwhile, let’s see the best time to prune it. In general, the period of greatest intervention coincides with the resumption of the vegetative period, so it is possible to go from the month of February in the warmer climates in mid-March to the colder ones.
The choice of this period is dictated by biological factors but also by the opportunity to intervene in a moment in which we can find the bare branches, without the leaves that form an abundant foliage in this tree.
Subsequently, at the arrival of the summer period, you can practice the green pruning, going to eliminate the shoots that would develop branches not foreseen by the implemented training system and the shoots that start from the base of the stem.
As mentioned, the most suitable form of breeding for this plant is that of a free pot, so letting growing competing branches on the main branches would represent a waste of energy and resources for the tree that would decrease production.
To start then a good productive capacity of the common medlar must start from the careful implementation of the training pruning. The training or breeding pruning is carried out in the first years of life of the plant.

To obtain this type of breeding it is necessary to select on the young seedling three or four main branches which must start at about one meter from the ground. The branches must have a distance between them of 90 ° or 120 ° and inclined about 60 ° from the ground plane. Inside there must be no suckers or other branches so that the three or four branches, carrying their branches, ensure a sufficient brightness inside the plant.
Once the tree has developed and assumed its characteristic shape, it is pruned so as to keep it in the correct size and favor its fruit production.
To do this, remember that the common loquat is a plant that produces dense vegetation but with a fairly slow growth, so it must not be pruned too much, so much so that there are those who perform maintenance pruning every two or even even three years. The foliage of this tree is naturally very thick and full of leaves.
Remember that production takes place on the branches of the current year, this is important to keep in mind while cutting, to avoid removing branches of the year.
The branches on which to make then the cuts are those that are at least one year old and have already produced fruit, these branches are shortened by a quarter of their length with return cuts, with the aim of stimulating flowering and maintaining the plant in the right proportions.
During the pruning of the February-March period, therefore, without exceeding the cuts, the old parts of the plant are eliminated, branches that intersect each other or pointing vertically, dry or damaged branches.
It will then be the green pruning of early summer that allows us to eliminate an excess of vegetative parts that will allow us to ventilate the inner part of the foliage more, thus also reducing the possible attacks of scale insects, aphids and other insects.
An important note for fruit picking; in fact, due to the high tannin content, the fruits cannot be consumed during harvesting. Needs a mezzanine, a maturation fermentation obtained by placing the fruits inside wooden crates, covered with straw and placed in a cool room. The fruits must be consumed as they are ready because the fermentation process does not stop and the fruits can quickly deteriorate. Following the addition, the pulp becomes brown, soft and sugary, with a pasty, slightly acidic and pleasant consistency.