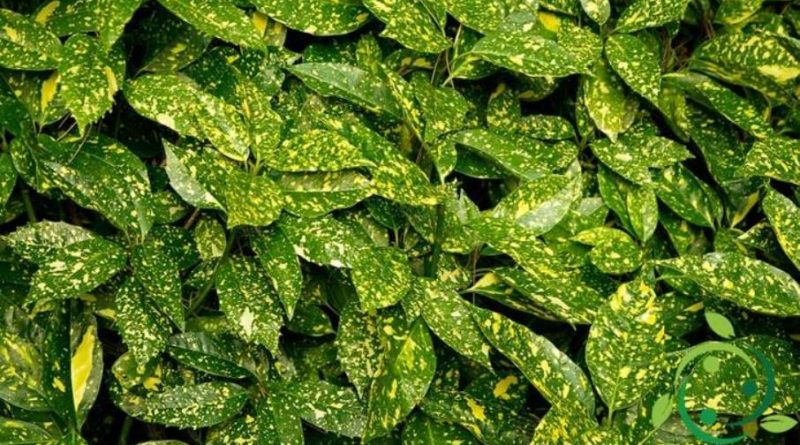 How to cultivate Aucuba

Aucuba is a genus of plants from the Cornaceae family, originating in Asia.
The genus Aucuba includes the following species: Aucuba chinensis, Aucuba himalaica and Aucuba japonica. from these three species derive the relative hybrids which are evergreen shrubs widespread in the nineteenth century as ornamental plants.
They are plants that have lanceolate – oval leaves, from 2 cm to 7 cm long, with smooth or serrated margins depending on the species and with characteristic streaks and mostly leathery consistency. The flowers are small (4-8 mm), provided with four violet-brown petals that bloom from March to April. They are dioecious species, so with male flowers and female flowers carried by different plants so if we want to obtain the characteristic berries, it is necessary to have male and female plants nearby. The fruit is a red berry that persists for several months and the seeds ripen from October to February. In this sheet we will see how to cultivate Aucuba with the most useful agronomic and technical tricks.
To cultivate Aucuba you need to choose an area where the plant is exposed in dim light. Furthermore it is a species that resists well even at low temperatures. Withstands temperatures down to -15 ° C and does not like temperatures above 20 ° C. It tolerates dry soils and drought, salty winds and air pollution.
In any case, for a better plant vegetation, in the apartments, it is necessary to place the vases near a light source, but not in direct sunlight, in cool environments; it does not fear also air currents or even situations of scarcity of light.
Aucuba is a plant that, in order to grow optimally, needs a non-calcareous acid substrate, well endowed with organic and moist substance.
For this reason, when preparing the substrate to be placed in the pots, universal soil mixed with peat must be used.
As for water supplies, it needs abundant watering in summer and practically very sparse in winter.
During the vegetative phase of the plant that goes from the beginning of spring to the beginning of autumn, it is necessary to fertilize with a liquid fertilizer once a month. Since it is a foliage plant the fertilizer must have a higher percentage of nitrogen but without exaggerating because the excessive softening of the plant (due to nitrogen) can create attacks mainly of aphids and mealybugs).

If the Aucuba is cultivated in a pot, it is necessary to provide for the periodic cleaning of the leaves and to place the plants outdoors in the summer, it is to be expected a spring repotting every year with universal soil mixed with peat, for larger specimens it’s enough to back up.
Aucuba is multiplied by cutting, grafting or sowing, followed by transplanting into the ground or into a vase.
As far as propagation is concerned, we recommend that this can be taken at any time between September and February, and even better between October and November.
The cuttings should be about 15-25 cm long by cutting them immediately under the knot.
The cutting operation must always be done (as in pruning) with sharp tools to avoid fraying of the fabrics, taking care that the tool used for cutting is clean and disinfected (preferably flame) to avoid infecting the tissues.
After having eliminated the lower leaves, the cut part is immersed in a rhizogenic powder to favor rooting and to make a hole in the ground for the arrangement of the cutting. Subsequently the cuttings are arranged in a substratum formed by a part of peat and one of coarse sand. The holes can be made with simple pencils, as many as there are cuttings. Then the soil must be gently compacted. The water supply should be done immediately after the cuttings are placed and whenever the soil becomes dry.
Once the first sprouts begin to appear it means that Aucuba has rooted. At that point treat it like an adult plant but take care that the following winter the plant is kept in a protected environment.
The Aucuba can be pruned to contain their development and to give particular shapes, for example as a hedge, at the beginning of the vegetative growth, in spring.
It should be remembered that Aucuba flowers in spring, between April and May, giving flowers that are not particularly showy but that give rise to beautiful, bright red, very persistent drupes that stand out among the green foliage.
Finally, a look at possible phytosanitary problems.
Let’s say the Aucuba plants are not particularly prone to diseases. In any case, the pathologies that can be encountered are almost always due to aphids and scale insects, especially at the beginning of the spring period.
For mealybugs and aphids it is possible to work with a swab soaked in a mixture of water and alcohol (3: 1) and then sprinkling the plant with an emulsion of water and soap from Marseille.
The presence of necrotic and brown spots can have multiple origins; in this case it is necessary to check that the drainage of the vessel is sufficient and remove, if it were in this position, the plant from direct rays of the sun.