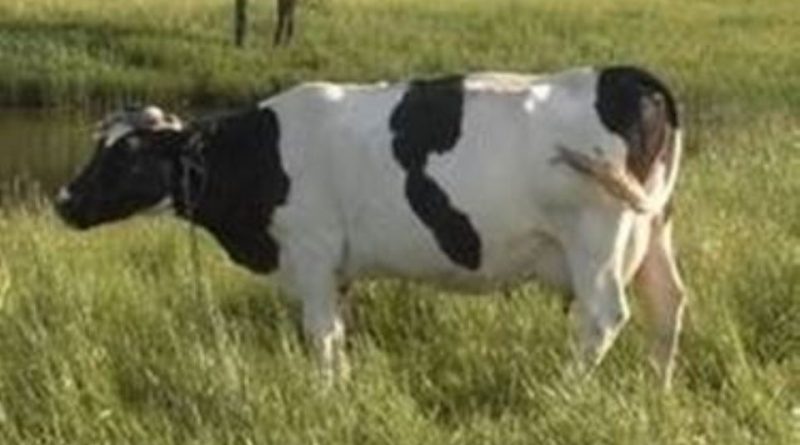 The Danish Black-Pied is a dairy cattle breed (Bos taurus Linnaeus, 1758), with good yield even for meat, widespread especially in Denmark.

Geographical and area distribution –
The Danish Black-Pied is a minor breed, widespread in Denmark, but which in recent times has been on the rise compared to the past.

Origins and History –
The Danish Black-Pied breed derives from the crossing of Frisian Dutch and Jutland Cattle. Subsequently, US and Canadian Frisian breeders intervened. The most significant offspring, from the genetic point of view, is that of the Frisona which was used as an improver of this native bovine breed of Denmark; it was operated through a series of intersections, not always controlled, eventually obtaining this breed.
In Denmark this bovine typology is known as Sortbroget Dansk Malkekvaeg, while at an interactional level it is more famous as Danish Black-Pied.

Morphology –
The Danish Black-Pied is a breed characterized by a massive build, but nevertheless harmonious, with large head and not particularly pronounced horns. The belly is very broad, with very large breasts.

Production aptitude –
The Danish Black-Pied bovine breed, like all white and black cows, has a dual aptitude for both meat and milk.