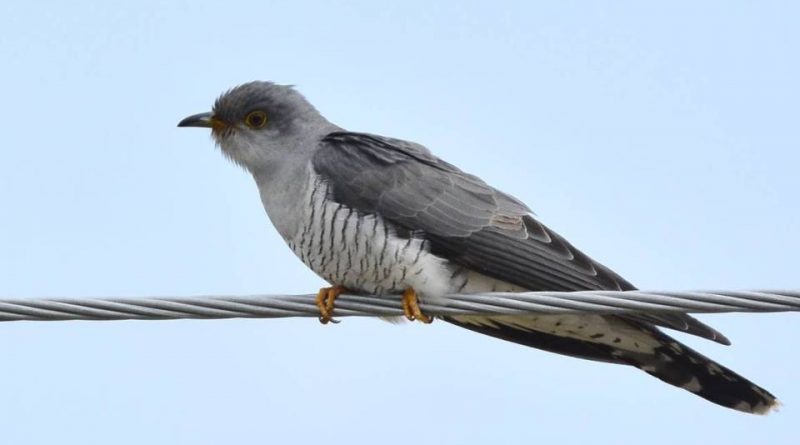 The Coommon cuckoo (Cuculus canorus Linnaeus, 1758) is a bird that belongs to the Cuculidae family.

Systematic –
From the systematic point of view it belongs to the Domain Eukaryota, Kingdom Animalia, Phylum Chordata, Class Aves, Order Cuculiformes, Family Cuculidae, Subfamily Cuculinae and then to the Genus Cuculus and to the Species C. canorus.

Geographic Distribution and Habitat –
The Common Cuckoo is a widespread bird in Eurasia and in Africa. However its range is very wide both in latitude and longitude; it is found from Europe and most of Asia, up to the limit of the arboreal vegetation in the Arctic, to the north, and to north-western Africa, to the south. In the East it is found in China and Japan. In Italy there is the nominal subspecies C. c. canorus, even if the subspecies C. c. Bangsi, originally from the Iberian Peninsula, Balearic and Northern Africa could be of interest to Sicily, having already been spotted in the Maltese Archipelago. In our area the species winters in southern Africa while it breeds in Europe and in northern Africa. It is a bird that lives practically in every ecosystem even if it prefers woods, especially bright and with a rich undergrowth, of hills and plains. 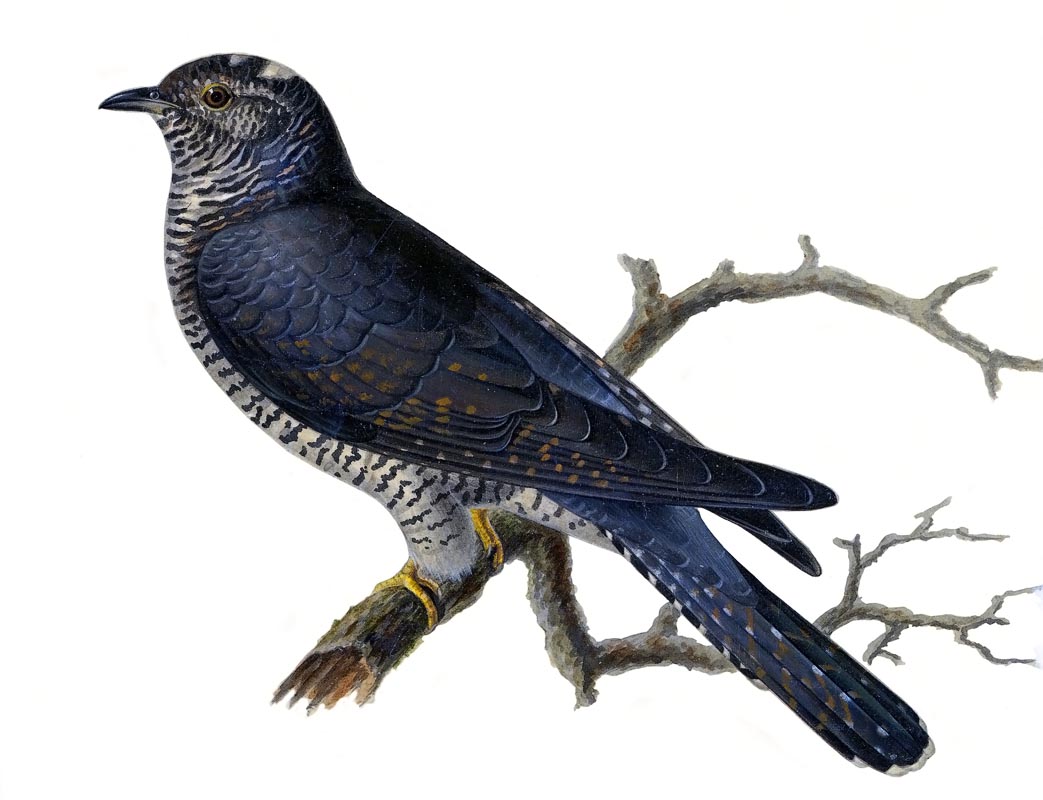 Description –
The Cuculus canorus has a length of about 30-35 cm, with a wingspan of 55-60 cm and weighs between 70 and 170 g. The livery tends to blue in the upper part, while in the female it can sometimes appear reddish-brown. It has a long tail and rather pointed and sharp wings, shows in the belly shades tending to white, with diffuse striations. The flight is typically straight, with rapid wing beats; before settling, often on trees and rocks, plana. For the “silhouette” in flight it can even be confused with the Sparrowhawk. The term cuckoo is onomatopoeic in that it derives from the characteristic “cu-cu, cucù” of this bird that in some Italian regions is called cucco, cucù, cuccù or cucu.

Biology –
The Common Cuckoo is a bird known for its characteristic of hatching parasitism. This peculiarity consists in depositing one’s own egg inside the nest of other birds (about fifty species of Passeriformes, more reedcuckles, blackcaps, pitchforks, dancers, and even African drongo). In this sense the most frequent “victim” in Italy is the Canareccione, with about 27% of the parasitic nests, followed by Luì verde, with 25%, and Pettirosso with 23%. This prerogative of this species is due to the fact that the adult cuckoo feeds on a diet different from that of the young, while other birds, for example the reed bushes, have the same diet. Regarding the deposition, we note that the female lays only one egg in each nest, in the period from April onwards, for a total of about 15-20 days. Eggs are very similar to those of the “host” species, but the type of eggs varies according to the species. At hatching, which usually takes place after about 12 days, the little cuckoo, with the help of the back, gets rid of the other eggs not yet hatched, present in the nest, remaining as the only guest of the nest, which misleads the “Adoptive parents” who feed the cuckoo as if it were their own nest for 2-3 weeks.

Ecological role –
The Cuculus canorus, as mentioned, grows and develops in every ecosystem with preference for the bright woods and with a rich undergrowth, both on the hillsides and on the plains, where it feeds on various insects, caterpillars (such as processionary), mollusks and spiders. . Its presence is therefore very important because, feeding on numerous species of insects, large caterpillars discarded by other birds, as well as spiders, molluscs, worms and some plants, contributes to a greater balance of the natural ecosystem. Its area of ​​diffusion is greater up to 1,400-1,500 meters of altitude, it has densities lower than the highest altitudes, pushing up to a maximum of 2,400 meters in the western and central Alps.