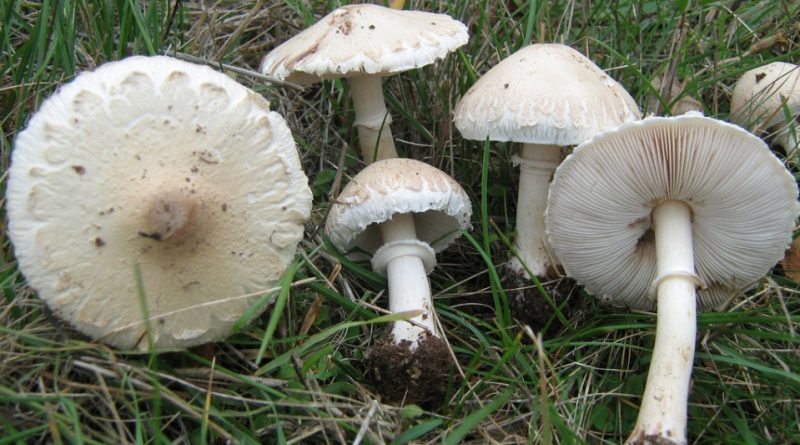 The Good Bub or Meadow Burr (Macrolepiota excoriata (Schaeff.) Wasser.) Is a saprophytic basidiomycete mushroom from the family Agaricaceae.

Geographic Distribution and Habitat –
The good Bubbola is a fungus that grows in the period between late summer and autumn, gregarious or in large groups, in meadows, in uncultivated and cultivated land, in the high pastures and in the clearings of the woods and along the paths. 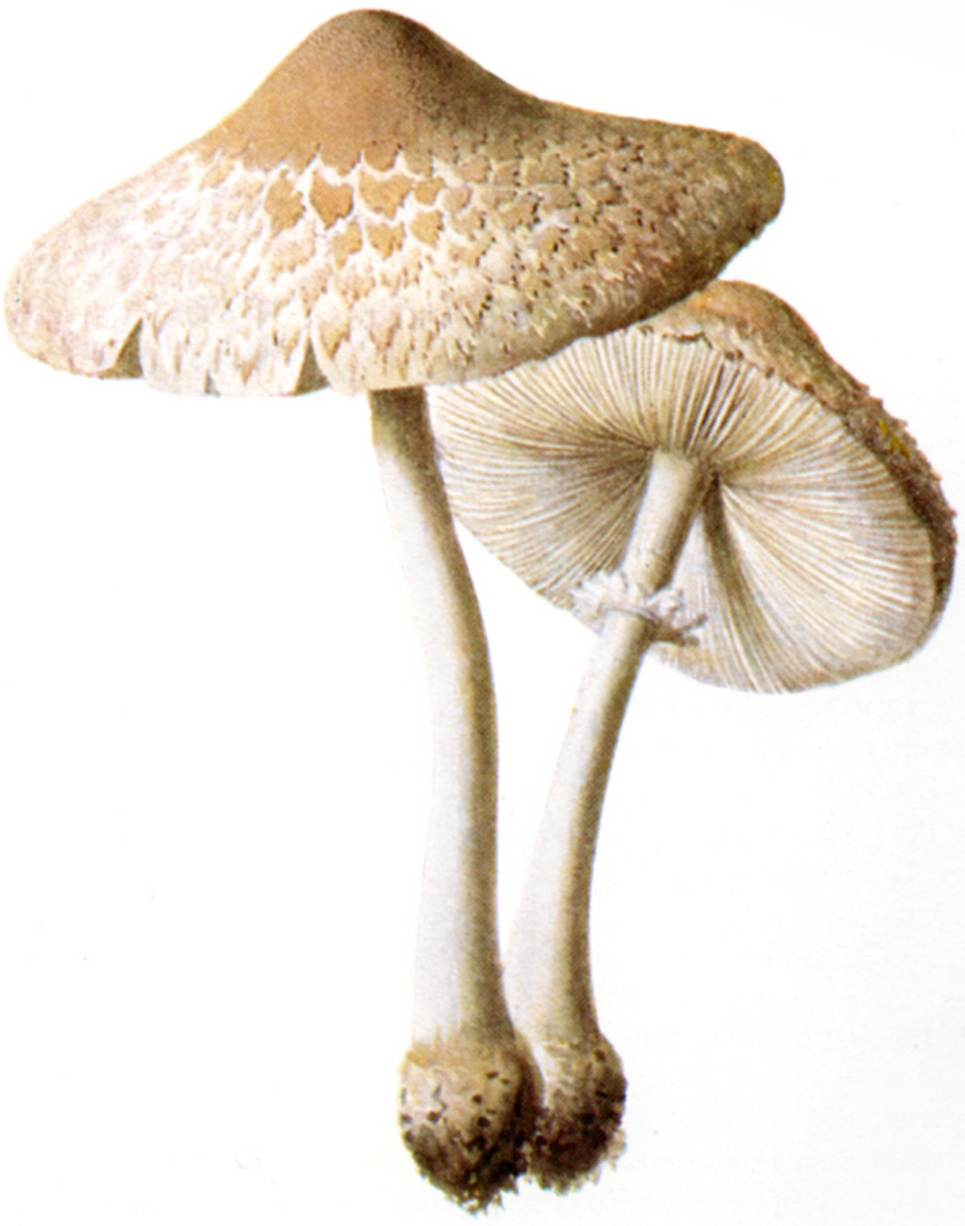 Recognition –
Macrolepiota excoriata is recognized for a hat with a diameter of 4-7 cm in diameter, hemispherical and then spread, with a cuticle varying between creamy white and brown, which at maturity is highlighted by highlighting the glossy white below. The lamellae are dense, tall, distant from the stem, white in color and then creamy. The stem is 4-9 cm x 0.5-1.5 cm, cylindrical in shape, attenuated at the top and bulbous at the base. The ring is simple, mobile, towards the middle of the stem or above; without particular signs and soon empty. The flesh is whitish, unchanging, that of the hat is fibrous and leathery that of the stem, with a soft, pleasant smell of mushroom and nutty flavor, similar to that of Macrolepiota procera.

Uses and Traditions –
The good Bubbola is a mushroom quite similar to Macrolepiota procera, although it differs from the latter due to its small size, white stem and radial hat decoration. Another distinctive feature is that it has the predisposition to grow in the meadows and the open spaces, typical characteristic of this speciech and distinguishes it from the other Macrolepiota. In addition to the Macrolepiota procera other similar species, with which it could be confused to a summary visual analysis, it is the Chlorophyllum rhacodes that differs to present much wider, pronounced and deep flakes, as well as the stem without stripes and the meat quickly reddening to the cut. The latter, although in the past was considered edible after cooking, recent studies have shown its toxicity even from crush, reason why we must be careful to the perfect determination of the first. In addition, especially for the less experienced, due to its small size is approached to small poisonous Lepiote, preferable therefore avoid consumption to avoid the consequences of fatal. Macrolepiota excoriata is a fungus of excellent edibility which is used only the hat because the stems are leathery.

Preparation Mode –
The good Bubbola is a good mushroom of which only the cap can be consumed and is suitable for cooking in a grill, griddle or oven; it is recommended to consume it well cooked since it is toxic from raw.