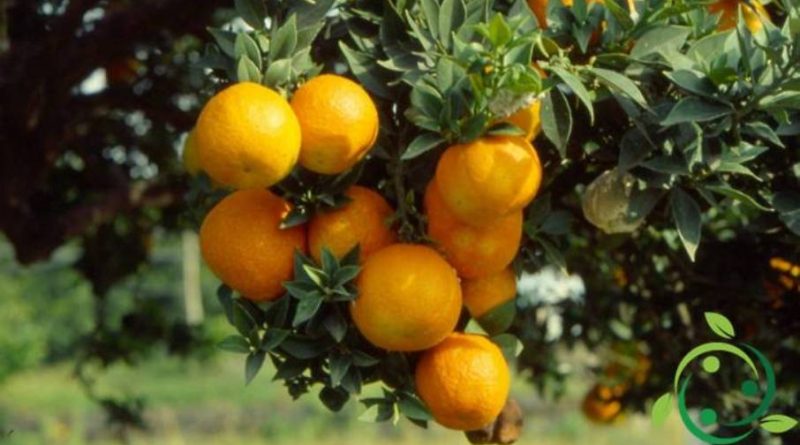 How to prune Chinotto

The Chinotto (Citrus × myrtifolia Raf.) Is a citrus fruit of the Rutaceae family, of not well-clarified origins even if it prevails the hypothesis that it is a mutation of the bitter orange that over time has developed in the species known today. It is a small tree that reaches a maximum of 3 meters and has often straight branches with short and compact ramifications. The leaves are small, coriaceous, and recall those of myrtle, hence the specific term derived from the Latin. It is a tree, which unlike other citrus fruits is devoid of thorns. Flowering occurs both in groups at the ends of the branches, albeit with single flowers near the stem; of this feature we must then take into account at the time of pruning. The fruits are orange when ripe, small and crushed at the poles. These fruits can wait for a long time on the plant before being picked and usually mature in mid-June. In this sheet we will see how to prune the chinotto taking into account some of its characteristics that differentiate it from other citrus fruits.In the meantime it must be said that the chinotto plant begins to produce the fruits from the fourth year so in the early years we must be careful, without making drastic pruning, but gradual, to give the optimal shape to the plant. The form of breeding that is best adopted is the globe. To obtain this shape, starting from the seedling of one or two years it is necessary to impale it at about 60-70 cm from the ground, leaving 3-4 branches (branches that branch off from the main frieze). These branches must be inclined 60 ° from the vertical, be in a symmetrical position (120 ° or 90 °) and their insertion points must be about 10-15 cm apart from each other; if any other branches grow, they will have to be eliminated.

It is advisable to prune so as to obtain an internal vegetation, quite thick (but which allows a large part of the sun’s rays to pass) in order to use all the available space, aiming to obtain a form of full-blown breeding, that is to expand the vegetation of the branches up to the ground. As the fruiting occurs on the branches of the previous year and the growth of the branches normally occurs in three periods: spring, early summer and autumn. The floral induction of the buds begins during the winter rest period, while the maximum content of reserve substances in the leaves and branches occurs during the months of February and March. The setting of the flowers depends on the quantity of reserve substances present in the plant. For this reason pruning should never be performed in February and March, when the reserve substances accumulate. In addition, periods when temperatures are very low or very high should be avoided. In general, the best period for pruning is annually after harvesting the fruit to give shape to the foliage and to encourage the aeration and the sunshine even of the innermost branches. As mentioned for training pruning, even the production pruning should never be done exasperated but light every year, eliminating the dry, broken or debilitated branches after they have already flowered or those curved downwards. In fact, excessive cuts favor the vegetation at the expense of fruit formation. Instead, pruning is necessary when parasitic attacks from cochineals occur and when the height of the plant no longer allows easy collection from the ground. The internal suckers must also be eliminated (branches that grow rapidly upwards), while those located in the most peripheral areas of the canopy can be limited to sprouting. Also for the pruning operations take into account the fact that the harvest of the fruits of the quinotto occurs in different periods in relation to the use. Generally ripe ones at the right point are harvested in December while the fruits are immature or semi-ripe between June and November. For this reason also the pruning period of this plant should be commensurate with the commercialization of its fruits.