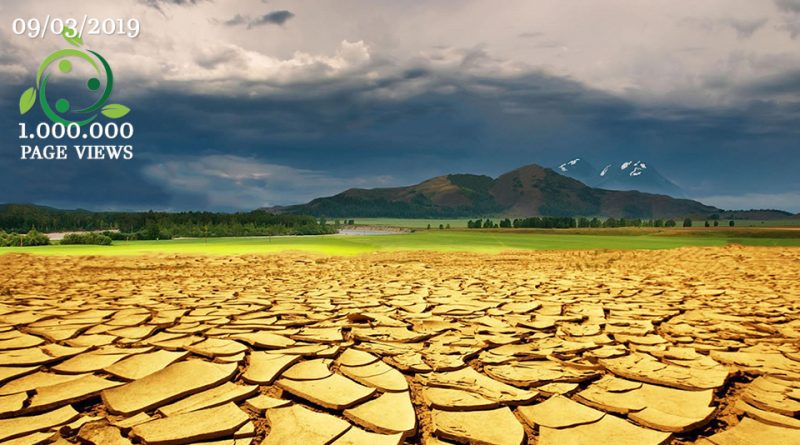 In recent years the issue of hydrogeological instability has become increasingly important in terms of the safety of the populations living near the areas at greatest risk but also in terms of soil degradation in all its manifestations. A risk for the safety of people who often pay, with their lives, ineluctable phenomena of our existence more and more related to a inattentive and wrong management of the planetary resource par excellence that is the ecological one. A resource put to the test by a model of Social Development now sadly at the end of its historical period. Just think that even today the standards for assessing the goodness of a state’s economy are based on parameters such as GDP (Gross Domestic Product). ) or Spread, or other financial indices such as Dow Jones or NASDAQ, to name the most known. All parameters and indices totally disengaged from the heritage and ecological wealth of a country that, in the end, is the real long-term social and economic engine and, therefore, sustainable. The whole scaffolding of the “modern times” market economy was born and developed on a capitalist and industrial model based on principles and concepts not in line with those of the ecosystem. Just think of an agricultural model, strongly desired in Europe after the European Treaties of 1957 that, despite the good intentions later (Cork Conference of 1996) of environmental sustainability, has often moved totally in opposition to the laws and principles of ecology. An agricultural system strongly desired by the lobbies of the large distribution systems and the multinationals of chemistry and genetics that have seen their “land” of conquest in industrialized agriculture. All right, so to speak, if it were not that the land of conquest moves in the bed of ecology, whose laws and their principles are totally in opposition to the concept of specialized and industrialized agriculture. Always remaining in the field of primary activity, to understand this concept, we compare the needs of the two systems: the ecological one and the one of “modern agriculture” (born after 1957).
• Ecological systems, to be able to make the best, being energy dissipators, need the highest specific differentiation (biodiversity) combined with the maximum subsidiarity of ecological services (consociations, rotations, energy exchanges, mass, adaptability, etc.). We think of ecosystems as efficient thermodynamic machines, perfectly adapted to the various energetic conditions (climate, morphology, altitude, latitude, etc.), which base their functioning on a delicate ratio of functions and balances between biotic and abiotic systems.
• “Modern” agricultural systems have had to respond to needs strongly addressed by sector policies that have configured increasingly specialized production concepts (poor or no biodiversity) and with low subsidiarity of ecological services (monocultures, lack of rotation and association, decrease fauna and microfauna and microflora, etc.). This production organization obviously went to a general decrease in the system with the need to interact from outside with the aid of chemistry (fertilizers, herbicides, insecticides, pesticides, etc.) and going to affect both the global energy resources (often not renewable) that the general ecological resource that is the sum of the soil resource (in its chemical-physical and biochemical complexity) and of the entire agricultural and natural biodiversity.

The result of this production organization has had, and still has, great social and environmental influences, creating, in a nutshell, an increasingly concentrated, specialized, low biodiversity production system and a production fruition apparatus (consumers) increasingly concentrated in large and chaotic cities (large energy-consuming systems). The other side of the coin of this wrong social and economic vision is the continuous emptying of the most internal and marginal areas (not suitable for this production model) and a progressive and exponential desertification of the two greatest resources of the Planet:
1. The Life Resource (biodiversity);
2. The Soil Resource (in its chemical-physical and biochemical complexity).
The need to maintain this impractical production model, then, is leading to the depletion of other related resources: water, air, etc. and, as a consequence, the fuller sense of human Dignity. A desertification and loss of production capacity that Italy, to stay in our house, is already paying dearly and risks, if the resource management model is not reversed, to pay a higher price, not only in economic terms but also and above all in social terms (loss of human lives) and cultural (impoverishment of ecological knowledge accumulated over thousands of years of agricultural tradition). An Agroecological Dissemination, which is the source of all the other disruptions, that the recent analyzes of ISPRA and IRSSAT “certify” through data of unprecedented loss of soil and biodiversity. A desertification that, especially in some regions, such as Sicily, affects over 70% of the territory and risks going to a dangerous point of no return. To better understand what is meant by the Agroecological Dissemination, just think that, with the arrangement of the current agricultural production systems and the use of chemistry, not only has the natural, agricultural and varietal biodiversity been flattened, but according to the most recent studies , the quantitative and qualitative composition of the fauna of birds and insects (especially the pronubi) that are the “postmen” of the ecosystem has been tampered with. For the soil the situation is, in some ways, even more worrying; we are increasingly in the presence of land where, due to the use of herbicides, insecticides and the use of chemistry in agriculture, microflora and microfauna, which participate in the assimilation, organisa- tion, structuring, etc. phase. of the same, it almost disappeared with a loss of functionality of the entire unprecedented soil-plant system. Moreover, the use of some chemical fertilizers, combined with the salinization of soils (also due to the indiscriminate use of irrigation water) is leading to the deconstruction of soils with increased solid transport, which is, finally, the trigger for the instability hydrogeological. If this also binds the constant decline of the agricultural fauna within many companies (with the loss of their role in the relations between mineral elements and organic matter) we understand how the scenario is catastrophic. Against the background of this sad stage, the conviction, unfortunately increasingly frequent even in men of “science”, that without the use of chemistry and a new genetics (GMO) there is no future for the Planet. What is more false, not only in scientific terms, given that the ecosystem model (based on biodiversity, subsidiarity, sharing, fragmentation, etc.) is the most perfect in the starry sky, but also in social terms since the modern agriculture has produced new and disturbing plagues, like an increasingly unhealthy diet, a diminished human dignity of work (caporalato), etc.

And since Nature is not a switch that turns on and off as and when we want, to reverse almost 60 years of devastation and madness of human consciences, we need a new generation of farmers who ferry humanity out of the agitated waters in which the dirtiest and most false speculations of human egoism have led us. To do this requires a renaissance of consciences that promotes a renewal of Science and Politics. The latter must be responsible for rewarding and guiding the new territorial cells (the new generation farms) that will gradually have to rebuild the ecosystem fabric incredibly put in crisis by human stupidity. To do this one can no longer reason in terms of GDP or financial indices; Politics must introduce new resources, which are not only financial, so that a new generation of Men (the so-called sentinels of the territory), following the principles of Agroecology, assure the Planet a new era of real freedom. However, the greatest work to be done is not so much the reconstruction of this new social, ecological and productive fabric as that of a new Consciousness. To reconstruct this Consciousness we must start from our young people, our children, their formation, their awareness. Awareness that we have lost the day we made the world become an assembly line, forgetting that Life had and has a higher value, which goes beyond its sensitive appearance. Centuries of Enlightenment thinking and materialism of rationalist thinking have ended up emptying every aspect of our existence with meaning. From Science to Politics we need a new source, a new impulse, a New History. Of these facts, the great A. Einstein had already become aware of it in the last century, who made two reflections about this erroneous view of the truth of modern times. In a first in which he affirmed: “In the course of the last century, and in part of the precedent, it was widely believed that there existed an irremediable conflict between knowledge and faith. Among the advanced minds dominated the opinion that faith should now be increasingly replaced by knowledge; faith that was not based on knowledge was superstition, and as such it was opposed. According to this conception, the sole function of education was to open the way for reflection and knowledge, and the school had to serve only that purpose. Probably it will happen rarely, if it ever happens, to see the rationalistic point of view expressed in such a coarse form [. . . ] In a second consideration he argued: “But science can only be created by those who are totally devoted to truth and understanding. This emotional source, however, springs from the sphere of religion [. . . ] We can express the situation with an image: science without religion is lame, religion without science is blind [. . . ] and so I have the impression that science not only purifies the religious impulse from the waste of its anthropomorphism, but also contributes to a religious spiritualization of our understanding of life. He who with the Theory of Relativity had forever changed the perception of the world, made us perceive, well in advance, that the world can not be changed without this renewed vision of history. For this reason the question hangs debated: the great ecological crisis of our time, arises from the marginal position of modern Man in the Universe, and can only be resolved if we change the “operative systems” of our reasoning, coming out of the tunnel of cold rationalism enlightenment to enter the great vision where man is no longer a tyrant of history but a link of conjunction and peace. To change this paradigm we need to understand the deeper meaning of that Canticle of the Creatures in which Francis of Assisi exalts creation when it affirms “Praise be my Lord, for our sister mother earth, who gives us nourishment and keeps us: he produces different colored fruits, with flowers and grass”. But, to quote Pope Francis, through his encyclical Laudato sì, “our sister mother protests earth, is offended, trampled, abused by that technocratic economicist paradigm” that characterized the advent of modernity and characterizes the progress of post-modernity . We have thus the duty to distance ourselves from a vision of science, politics and any human behavior that goes against the only laws that give true freedom and dignity to Man: the indisputable and incontrovertible laws of our Mother Earth.