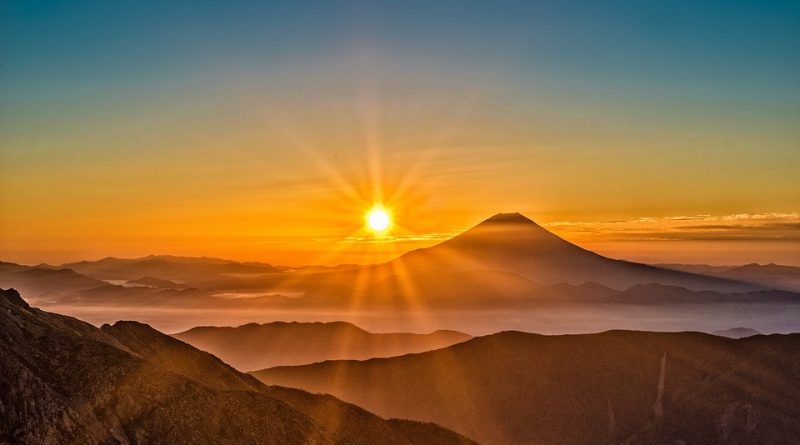 Japan is an island country in East Asia, located in the Pacific Ocean. Japan is located east of the Sea of ​​Japan, China, North Korea, South Korea and Russia. Japan has a population of around 127 million and is the tenth most populous state in the world. The most populated area in the world is the Tokyo metropolitan area, which includes Tokyo and several nearby prefectures, with over 30 million residents. The Japanese territory is made up of 73% of forests and mountains. The main mountain system consists of the Japanese Alps, located at the center of Honshu, straddling the Itoigawa-Shizuoka tectonic pit. Most of the peaks of Japan border and in some cases exceed 3,000 meters and the highest peak, as said, is Mount Fuji-san, with its 3,776 m asl, the part of the plains of Japan corresponds mostly with the coastal belt or along the internal valleys. This island state is developed in the area between the sea of ​​Ochotsk in the north, up to the East China Sea and Taiwan in the south. Japan is in fact an archipelago composed of 6,852 islands, whose four largest islands are: Honshū, Hokkaidō, Kyūshū and Shikoku (all four connected via submarine bridges or tunnels), alone representing about 97% of Japan’s land area. . Many islands are mountains, some of which are of volcanic origin and with the highest peak in Japan, Mount Fuji, which is an active volcano. The islands of Japan are located in a volcanic area in the Pacific belt of fire and were formed as a result of large ocean movements that occurred over hundreds of millions of years, from the middle of the Silurian to the Pleistocene, due to the subduction of the Philippine plate under the Amur plate and Okinawa plate to the south, and subduction of the Pacific plate under the Okhotsk plaque to the north. Originally Japan was connected to the east coast of the Eurasian continent. With a drifting movement that lasted millions of years, Japan has been pushed eastward, forming the Sea of ​​Japan, in a period dated about 15 million years ago. There are 165 volcanoes in Japan, of which 108 are active. It is a land used to destructive earthquakes, often resulting in tsunamis, which occur several times every century. 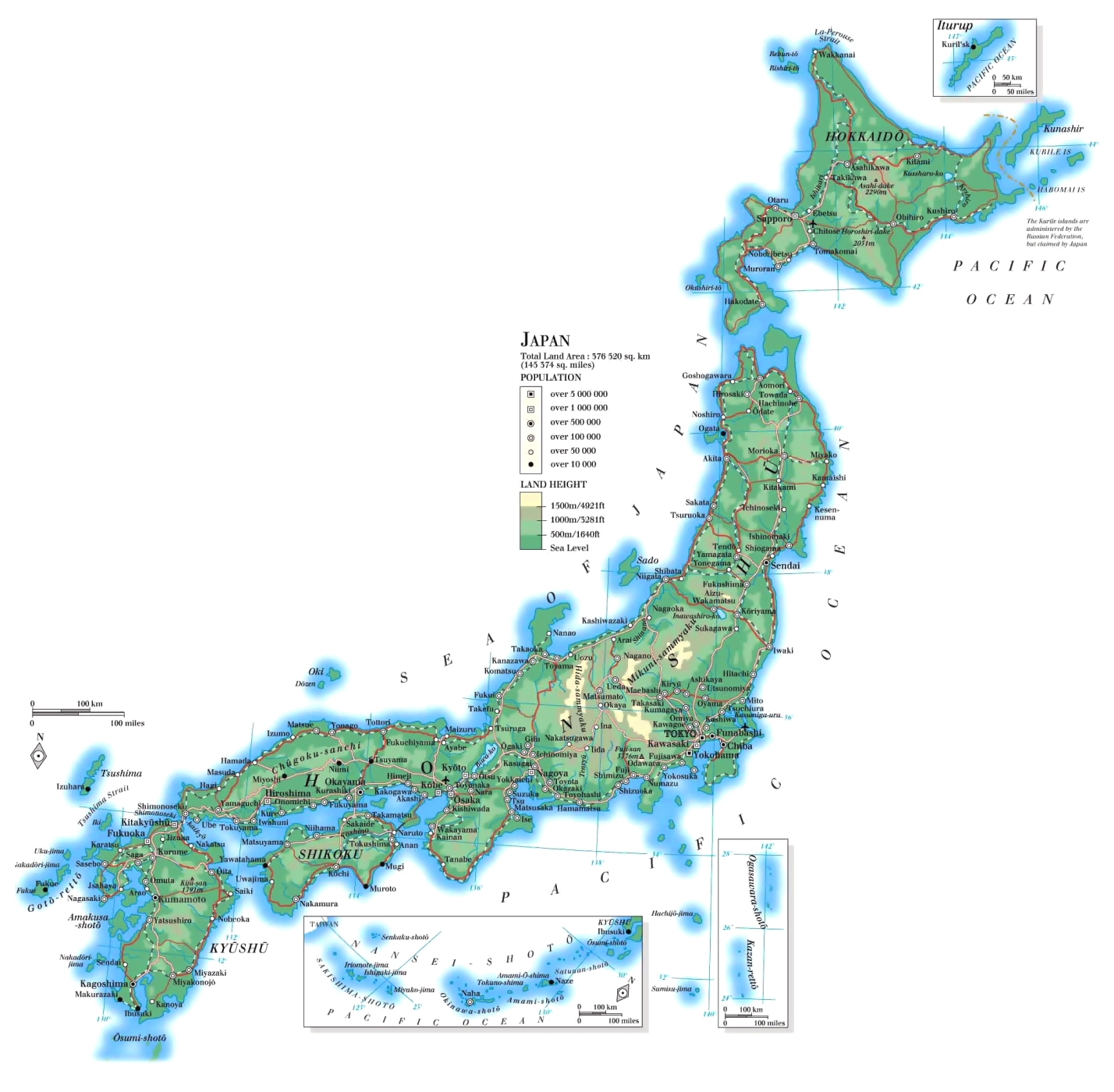 Among the catastrophic earthquakes we remember the Kanto that killed more than 140,000 people in 1923. Among the most important recent earthquakes are the great earthquake of Kobe in 1995 and the earthquake of the Tohoku of March 11, 2011. The latter recorded a magnitude earthquake of 9.0 that triggered a tsunami of enormous size. This hydrographic aspect is very characterized by the narrow and elongated shape of the Japanese islands. The rivers that cross the country are in fact generally short and have full regimes during the spring thaw or the summer rains, becoming instead small watercourses during the dry season; the shallow depth and frequent rapids allow navigation only to very light boats. The longest river is the Shinano, on the island of Honshu, with a course of about 370 km. With regard to the climate, Japan is characterized by a temperate trend that also varies significantly from north to south. The average winter temperature is 5.1 ° C, while the average summer temperature is 25.2 ° C. The climate can be distinguished in six different geographic areas: – Hokkaidō, located in the extreme north of the region, with harsh winters and cool summers and predominantly mountain climate. Precipitation is normal, except in winter when the islands are usually buried by snow.
– Sea of ​​Japan to the west. In winter there are heavy snowfalls caused by winds that in summer expose the region to fresh breezes.
– Central island, with a typical climate of the innermost parts of the islands, with strong temperature changes from summer to winter and from day to night with little rainfall.
– Seto Naikai, where the marine area between Honshū, Shikoku and Kyūshū is sheltered from the Chūgoku and Shikoku mountains by winds, resulting in a particularly mild climate throughout the year.
– Pacific Ocean; the east coast where winters are harsh with little rainfall and hot and muggy summers.
– Islands to the southwest, whose area is characterized by a subtropical climate with warm winters and torrid summers, with abundant rainfall and frequent typhoons.

As for the Japanese ecosystem, this is characterized by forests for 66.8% of the territory. Japan is a state with a particular focus on biodiversity conservation. The protected areas of Japan are subdivided into national parks, controlled and managed by the Ministry of the Environment, and smaller and less renowned seminar parks, which are managed directly by the prefectures, always under the supervision of the Ministry. March 31, 2008 counted 29 national parks and 56 seminar parks) In Japan there are also 21 sites recognized by UNESCO world heritage, including the Ogasawara Islands, Shiretoko Peninsula, Shirakami-Sanchi, and Yakushima Island. Finally, in addition to the large network of national parks, 37 Ramsar wetlands have been created. Japan is divided into nine forest ecoregions depending on the climatic and geographical characteristics of the islands. In these regions there are subtropical deciduous humid forests of the Ryūkyū and Bonin islands, temperate hardwood forests in the mild climate regions of the main islands and the boreal coniferous forests of the northern islands. Impressive is the wildlife heritage of Japan which includes over 90,000 species of wildlife, among which it is worth mentioning: the brown bear, the Japanese macaque, the Japanese raccoon dog, the Japanese giant salamander, as well as various native species including several species of mammals (for example the rodent Apodemus speciosus), many species of birds and a large variety of reptiles, amphibians, fish and insects.