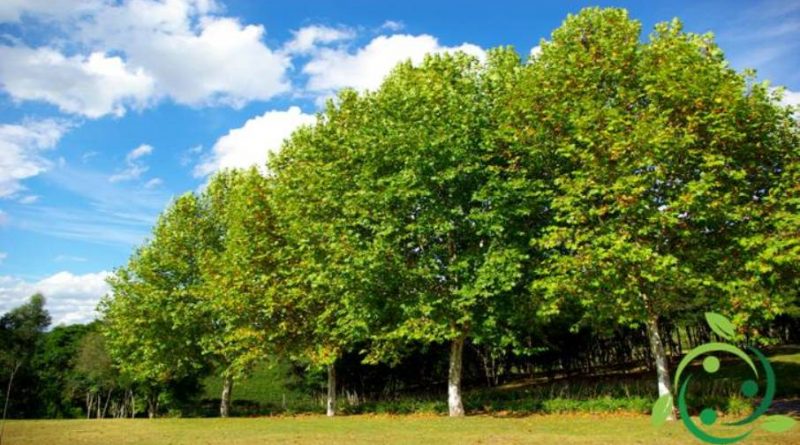 How to grow the Plane tree

The Platans (Platanus L., 1753) are monumental trees particularly suitable as ornamental plants for avenues, parks and gardens of considerable size, as well as for urban furniture thanks to the remarkable resistance to the smog of the metropolis. To the genus belong some species whose best known and used are the western plane or platanus American (Platanus occidentalis L.) and the oriental plane (Platanus orientalis L.) In this card we will see how to grow the Plane tree, following the most suitable agronomic techniques and the most appropriate measures. However, these plants are very common in Italy, especially in the flat areas up to the first hill areas. These are very long-lived plants, reaching up to 250 years of age and at heights of 30 meters, with rounded canopy with columnar bearing. Its bark is very decorative: it is friable and expands into patches. It has green or gray color and has large plates that tend to detach with time. Its brown parts when they fall leave a surface with yellowish or pale green color uncovered. The propagation of the plane tree can also occur by seed. In this case this should be done in the spring, in April. You can prepare small seedlings or small pots with a substratum formed by a part of sand and two parts of soil for garden plants. Because of the low germination it is necessary to use a considerable number of seeds in order to obtain a number of seedlings to grow and grow. Then the transplant is carried out and the culture proceeds. Two or three years later it is time for its final planting. Clearly with the sowing the seedling speed will be slower, which can be accelerated starting from cuttings that, among other things, ensure a perfect genetic homogeneity of the mother plant.

The cuttings must be taken in the month of October, must have a length of at least thirty centimeters from some vintage branches. The cuttings are then placed inside a cold caisson and transferred at a distance of one year in the nursery where they are cultivated for the time of two or three years before finally implanting them. As for the soil where to plant a plane tree it is good that this is deep, calcareous or clayey, and well endowed with organic substance. Before the plant it is good to dig a hole of 40 cm in size in which to make a good quantity of organic substance. Recall that the plane tree prefers long sunny positions, but bears without too much difficulty, even strong temperature changes, so both cold winter and important hot summer. It is also a very tolerant plant against smog or other negative elements found in the city. As far as pruning is concerned, the plane-tree has great tolerance for even drastic treatments, which aim to reduce its height and its expansion and does not require regular pruning.

However, drastic treatments are always to be avoided because they can generate vegetative and structural imbalances in plants, especially when they are already mature and formed. However, it is important to place the plant in a rather large area as it is necessary to program its development in such a way that at maturity there is a balance between its foliage and the surrounding environment. With regard to adversity, remember that among the most common enemies for the plane tree we find lepidopterans like the bombice, which damages the leaf flap, the bucefala, also harmful to the leaves, and the rodilegno that wedges in the branches and trunks digging annoying tunnels, which can also weaken the tree structure Other attacks can occur on the leaves due to mites like the red spider and the yellow spider. Among the mushrooms, the most dangerous is certainly the Ceratocytis fimbriata which causes the so-called “colored cancer of the plane tree”, causing lethal desiccation of the leaves of the trees and of the entire crown. If, unfortunately, this condition should occur, the only solution is the felling of the tree and the destruction of all the resulting material of the tree, to prevent the spread of the infestation.