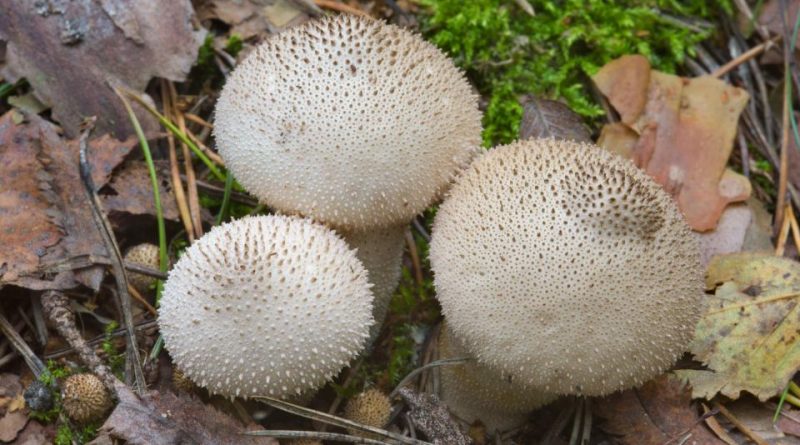 Warted Puffball (Lycoperdon perlatum Pers., 1796) is a basidiomycete mushroom from the family Agaricaceae.

Systematic –
From the systematic point of view it belongs to the Eukaryota Domain, to the Fungi Kingdom, Basidiomycota Division, Class Agaricomycetes, Order Agaricales, Family Agaricaceae and then to the Genus Lycoperdon and to the L. Perlatum Species. They are synonyms and obsolete binomials: Lycoperdon gemmatum Batsch. and Lycoperdon gemmatum var. perlatum (Pers.) Fr ..

Etymology –
The term Lycoperdon comes from the Greek λύκος lýcos lupo and from πέρδον perdon peto, loffa: lupa di lupo, due to the peculiarity of the mushroom to emit, when hit or crushed, silent puffs of spores. The epithet perlatum comes from the modern Latin perlatus perlato: supplied with glands or other round-shaped, pearl-like formations.

Geographic Distribution and Habitat –
This Warted Puffball grows in the woods in numerous groups, on organic residues; the period of fructification is between summer and the end of autumn. 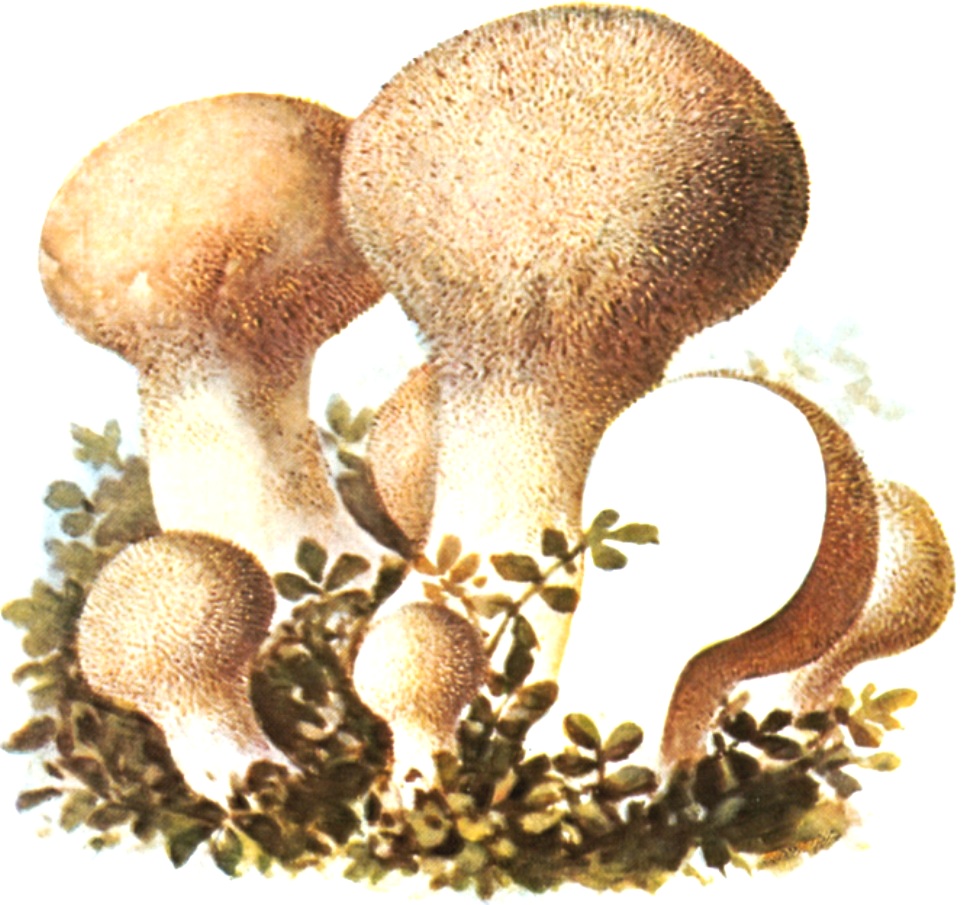 Recognition –
The Lycoperdon perlatum is recognized for having a globose fruiting body with the narrower lower part, which almost looks like a stem; it is covered with numerous easily removable spines, which are rough to the touch; the young mushroom is white-colored, which then becomes whitish and finally from brown to brownish-brown. The meat (called gleba) is white-white when young, which then becomes brown and at the end blackish; at maturity the spores are expelled through a hole located in the upper part of the fruiting body, when the glyba becomes powdery. It has a generally light, phenolic odor that when it is handled releases a strong smell of phenol, especially when the glebe has become dark or powdery; the taste is light, sweet, better in the largest specimens.The microscope shows smooth, round spores of olive-brown in color and then brown.

Cultivation –
Lycoperdon perlatum is not a cultivated fungus.

Uses and Traditions –
Like many edible mushrooms this mushroom that is wrongly considered by many to be a mediocre edible, is instead a good edible when young, until the glebe is white. It is recommended that, like all the Puffball, even L. perlatum should not be consumed too long after harvesting it, because the glee quickly deteriorates and tends to become pulverulent. In addition, care must be taken not to smell if the fruiting body is broken and the glebe is pulverulent because it could be inhaled and create discomfort. The Lycoperdon perlatum is however a polymorphic species, but at the same time very constant in presenting conical quills. This feature is really the most important for a correct determination and is also appreciable in old specimens, where you can still identify the circular “scars” left after the fall of the aculei.In some cases it can be confused with Lycoperdon pyriforme (also this edible with white gleba), which, however, has no spines, but rather small grains. In addition, the fruiting body of the latter has the shape of an inverted pear and is brown in color. More rarely it can be exchanged with some species of the genus Scleroderma. A recommendation must then be made for the most inexperienced who could fatally exchange it with ovoli of deadly species of the genus Amanita: in this it is recommended to dissect the carpophorus to see if inside it is an undifferentiated glebe or the embryo of a hat.

Preparation Mode –
This Warted Puffball even if it has a phenolic odor from raw, this vanishes completely after cooking, which takes very little time. In the kitchen, for a better yield it is advisable to eat it breaded and fried or grilled.