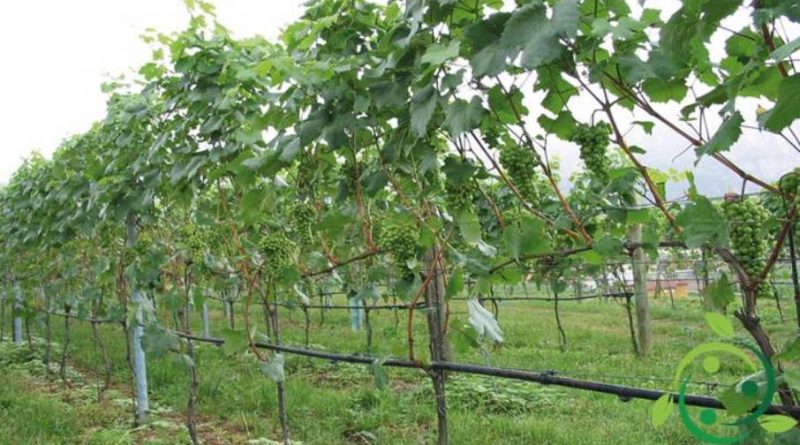 How to prune the vine

The Vine or European vine (Vitis vinifera L.) is a species with an area of ​​undefined origin (once thought to come from Trancaucasia) that appears in Europe towards the end of the Tertiary, but its use dates back to the Neolithic. In Mediterranean Europe it was cultivated to produce wine grapes while in Caucasian Europe for the production of table grapes. In this sheet we will give a practical guide to how to prune the Vine; it is obviously a summary but very indicative, considering that in terms of vine pruning techniques there are real treatises of hundreds of pages. We remember that in the case of the production of a wine, a large part of its goodness depends precisely on the pruning technique as well as the pedoclimatic characteristics where the vine is grown.In addition, the pruning of the vine is essential not only for productive purposes, but also vegetative because the plant must be able to withstand the most difficult climatic conditions and be balanced even from an aesthetic point of view, by regulating the number of buds that will produce grapes with the number of branches that for various reasons must be removed because superfluous from the production point of view.

In addition, according to the production purpose of the vine, it must be pruned according to precise rules aimed at giving the vine its own shape, whether it is possible for a table vineyard or for a vineyard made from must grapes. purposes are similar to those adopted for the production of fruit trees, the pruning of the vine can be finalized to achieve different objectives.In general, the pruning technique can be carried out with two methods of breeding: – Simple Guyot method; this method is used above all to produce wine for sale and appreciated for its versatility in programming without difficulty the production methods of the vine – Permanent cord method or renewal shoots; this method is adopted above all in the smallest vineyards. Obviously, each system is reached by well-defined pruning methods. Let’s go into detail. Simple Guyot Method -This method consists in eliminating most of the branches of the vine except for the thicker and more vigorous one, which will be the branch from where production will be obtained; a branch is also left that will contain a few buds, which is the spur, which will give rise to the production of the following year. Permanent cord method or renewal shoots -This system, even if the same objectives are set, differ from the previous one the form in which it appears. Specifically depending on the gems that are left or removed, this type of pruning can be long or short: long pruning is done on plants with high production of buds placed at its peak, while short pruning is performed on vines characterized by a ‘high productivity of the gems placed at its base.Inoltre, depending on the type of pruning made, the method of permanent cord will be used if it comes to short pruning, vice versa, the technique of renewal shoots will be used.

We see the pruning with the permanent cord technique –
In this technique it is necessary to generate shoots of various sizes and sizes which, once ripe, will become fruit trees (or fruit trees), that is to say the shoots to which a large part of the grape bunches will be delegated. In this type of pruning, the spurred cordon, cordless or double cord techniques can also be developed. Pruning with the renewal branch technique –
With this procedure, the cut made to the shoots of different lengths is used to create new fruit-bearing garments from which the grapes will be born and possible cuts to the superfluous and unproductive shoots that take the name of wooden garments. Due to the presence of fruit and wood, this technique also takes the name of mixed pruning. To these two techniques we must add the pergola system, more used for table grapes but, in some cases, also for wine grapes. Pergola pruning can be distinguished in: – simple pergola pruning; this system presents itself as a roof structure tilted about 20 ° or 30 ° with respect to the vertical supporting pole and consists in removing the reserve branches leaving only two buds, while the branches in the upper area are totally eliminated.- pergola pruning Trentino: it derives precisely from a characteristic technique of the areas of Trentino-Alto Adige. This pruning is carried out through long pruning and as for the simple pergola pruning it is presented as a sloped roof of about 20 ° or 30 °, but it is carried out leaving only from one to four shoots, each of which contains about ten o fifteen gems.

Alberello method –
A special technique used in the past but very interesting for wines of particular value or in areas with particular pedoclimatic conditions, especially in southern Italy, is the alberello. It is a system suitable for difficult climatic conditions, with a drier climate and poorer soil. Usually production is naturally limited due to short pruning, especially in those varieties that have a poor fertility of the basal buds.In this form of breeding we can resort to single easy-to-find guards consisting of wooden poles or simple reeds. The tree is generally constituted by a trunk with a height varying from 20 cm to about 1 meter, divided into two or more branches which are connected to one or more shoots that are renewed each year that make up the so-called fruit head. fruiting takes place on a branch of two years born from a gem of the previous year; however, suckers can also be productive (shoots of the year that originated on the wood of several years) and the feminines, that is to say, branches born of buds that develop in the same year of their formation. Pruning is used to allow and maintain a harmonious development of the tree and to produce good or high quality grapes.

The pruning period begins in January and the older farmers usually make the beginning of pruning coincide with the period of the waning moon. The aim of pruning before and subsequent interventions is also to achieve an optimal overall balance between leaves and bunches. It can be assumed that the vine reaches its equilibrium when the sprouts stop the growth during the veraison period without entering into competition with the ripening of the bunch. The cuts must be made on the wood of a maximum of two years to better promote the cicatrization and avoid the contagion of diseases to the wood. The pruner of the sapling must therefore raise the fruit by annuals optimizing the number of buds on them and together ensure renewal. During pruning one or more branches of the tree are left to each branch of the tree depending on the state of the health of the vine and its vigor, cut to one or three buds as a new fruit head while the head of fruit of the previous year is cut off, that is two years.As the whole cycle of wood renewal is perceived, that is since when a new branch is born and when it bears fruit and is cut, it generally lasts two years. Unlike the Guyot system which is characterized by a certain number of buds that are found in a single fruit head; in the sapling system, on the other hand, the buds are distributed in a much smaller number on several heads per fruit but always on the wood a year. Once the old fruit head has been cut from the basal bud, it can be expected that a new branch, which will be kept as a new fruit head for pruning the following year. The cycle is repeated with each pruning.

Pruning period –
The period of pruning varies according to some climatic characteristics but also for the objectives it sets itself. Normally in the period between January and February one intervenes on the plants that have been damaged by the rigid climatic conditions, moreover according to the degree of maturation of the plant will proceed with specific interventions that will shape the plant. This pruning should be done when the wood on which to intervene is perfectly lignified.In the second year of life we ​​will use the pruning forms of farming, ie those that will shape the vine for the rest of its vegetative cycle, while methods such as the technique of spurred cordon, it is good to carry them in the third year of life of the plant.

In summer it is mainly done by eliminating the parts of superfluous vegetation (green pruning) for the purposes of the productivity of the vine, as they could be damaged or weaken the plant or allow a good aeration and sun-setting of the bunch. It is the period in which a part of the leaves is eliminated and, moreover, interventions are made to optimize and maintain the health of the plant. the typical operations of this period are in fact: the spallonatura, the scosstura and the defoliation.For the operations and the pruning interventions one must equip themselves with the “tools of the trade” and, in this sense, the pruning shears are very useful , of which there are now the comfortable electric and pneumatic versions. For most of the operations it is sufficient to have the classic curved blade scissors, even if many winemakers use scissors with a double-edged blade. For the pruning technique of the pergola screws, it is necessary to use special pruning shears, ie own automatic iron for structures of this type.