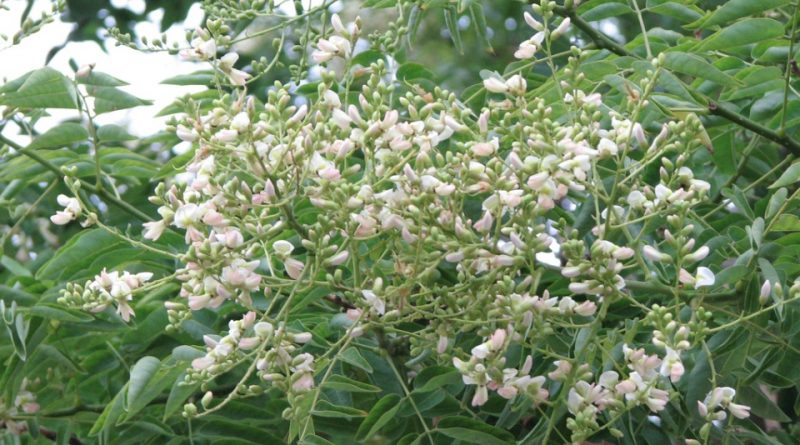 The Japanese Sophora, known as Japan’s Acacia (Styphnolobium japonicum (L.) Schott) is an arboreal species of the Fabaceae family.

Systematic –
From the systematic point of view it belongs to the Eukaryota Domain, Kingdom Plantae, Magnoliophyta Division, Magnoliopsida Class, Fabales Order, Fabaceae Family, Faboideae Subfamily, Sophoreae Tribe and then to the Genus Styphnolobium and to the S. japonicum Species. It is synonymous with the term Sophora japonica L.

Etymology –
The term Styphnolobium is the valid generic name, but orthographically incorrect for Stryphnolobium (from the Greek στρυφνός astringent stryphnós and from λοβóς lobós shell, siliqua): for the flavor of the legume or the mature subject. The specific epithet japonicum is related to its supposed Japanese origin, although its origin is different.

Geographic Distribution and Habitat –
Japan’s Sophora is a mesophilous-thermophilous species native to China and Korea. Introduced in Japan in very remote times, it began to be used in Europe in the eighteenth century as an ornamental plant. 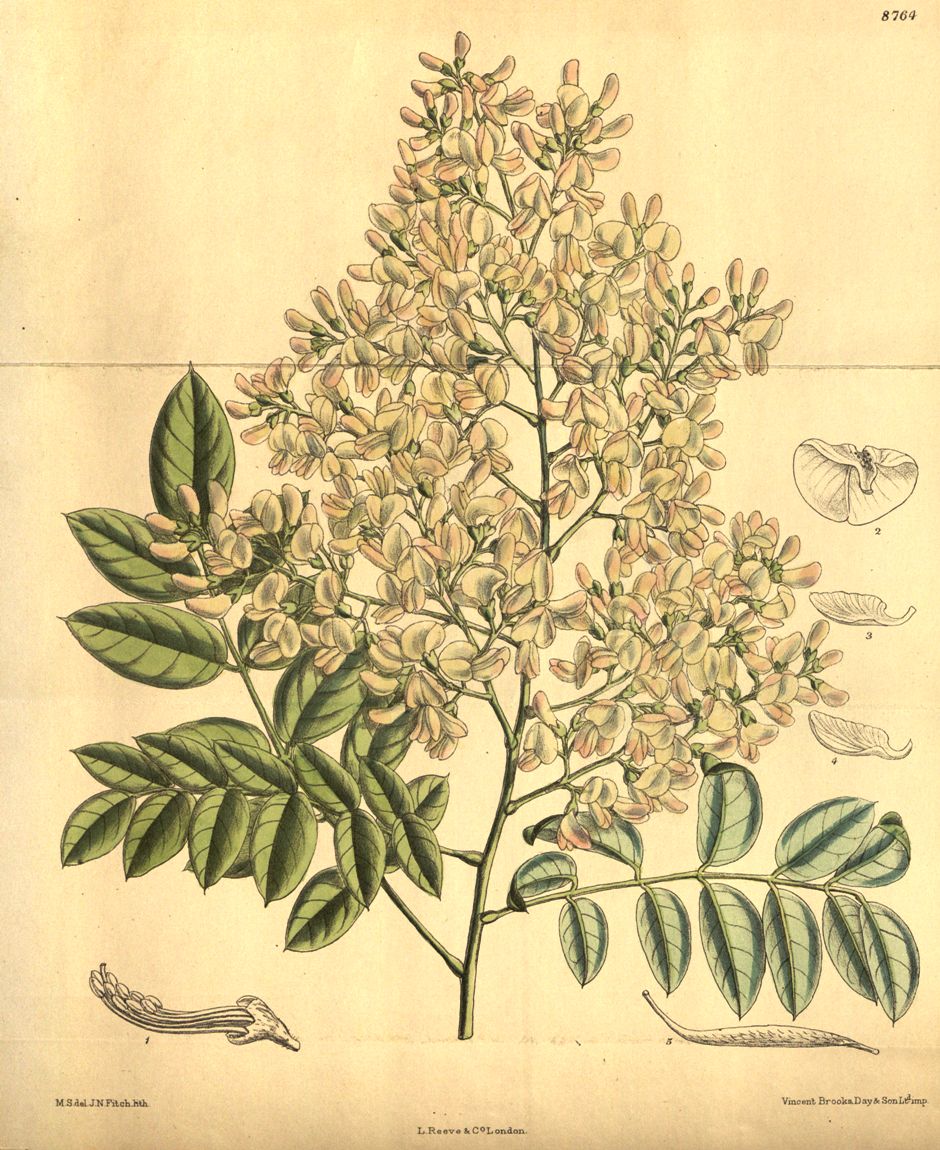 Description –
The Styphnolobium japonicum is a tree that can reach 25 meters in height, with foliage expanded horizontally (pendula in cv Pendula.The trunk is straight or sinuous, with a gray-brown rind crossed by longitudinal furrows. younger, they are bright green.The leaves are deciduous, petiolate, alternate, imparipinnate, up to 25 cm long, with 7-13 ovate-acute segments 5 cm long, in full margin, lighter on the lower page. hermaphrodite flowers, with a delicate scent, yellow or whitish in racemose inflorescences.The fruit is a cylindrical subject, choked between the seeds, first green then yellow-brown, rich in transparent pulp, the seeds are globose.

Cultivation –
Japan’s Sophora is a plant that likes a climate that is not too rigid and fertile soils. The plant grows quite well even in partially sunny places, but in order to flourish and bring the seeds to maturity it prefers sunny exposure and shelter from the winds. It is a plant that is resistant to heat and also to the cold temperatures of the winter close to -20 ° C. As for the needs of the soil, it grows without problems in any type of soil but the ideal is of medium mixture, rich in organic substance and above all well drained. As for the water supply, the Sofora is satisfied with the rains but it should however be irrigated in summer and in periods of prolonged drought. It fears prolonged stagnations and overly compact soils. As far as nutrient inputs are concerned, even if it does not require particular fertilization, at least once a year, in spring, it is advisable to distribute the mature organic substance at the base of the plant to be buried in first layers of the soil with a very superficial processing. As for the multiplication, the plant reproduces by seed but some varieties can be propagated by layering or by grafting and in this case as the astone is used the common sofora. If you decide to multiply by seed, the dried seeds are very resistant and, therefore, before being buried they must be soaked for at least a day in boiling water. Fresh seeds, freshly harvested, instead have a higher and faster germination capacity.The most suitable sowing period is between March and April, burying the seeds in a specific soil, which must be kept constantly humid until the appearance of the shoots For the transplant operation this should be done in the autumn in well-worked deep and wide holes and preferably with braces. The seedleaf plant obtained from seed will start to bloom after about 30 years. The Japanese Sophora does not need any real pruning but it still needs to be cut off dry branches and damaged ones.

Uses and Traditions –
Styphnolobium japonicum has been used as an ornamental plant for its valuable foliage, for the beauty of its bloom and for its elegant posture. This species is very appreciated for parks and gardens (in particular the “Pendula” cultivar), for its majestic bearing. In general it is used to shade gardens, avenues, parks, or in pots of appropriate size to decorate the terraces. In Asian areas of origin, pigments are extracted from the pods to color the tissues with yellow. The seeds of another species, the Sophora secundiflora containing alkaloids, are used as hallucinogens in the tribal rituals of the indigenous peoples of the USA The wood of Sophora japonica is dense, compact and very resistant, used to build objects of common use. and fruits are derived medicinal substances with diuretic and depurative properties. Its flowers contain an active ingredient called rutin (from which the troxerutin is derived), used in the treatment of capillary fragility.

Preparation Mode –
The Japanese Sofora, as well as for ornamental purposes and some uses of its wood, finds some applications in the pharmaceutical field, especially for the use of its active ingredient, rutin, and for the extraction of yellow dyes for fabrics.