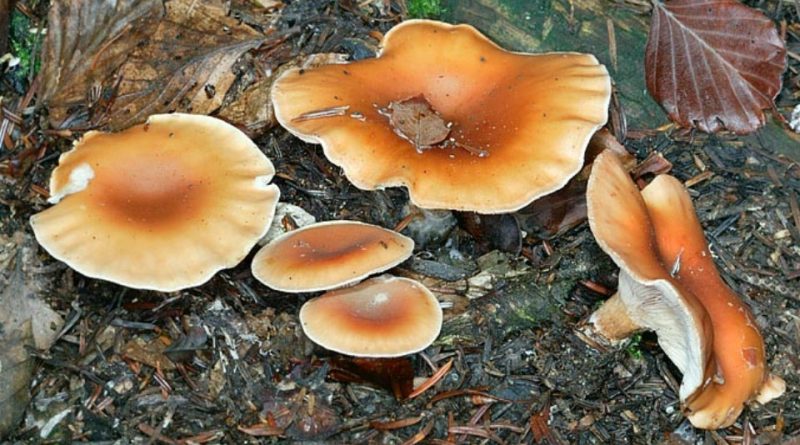 Systematic –
From a systematic point of view it belongs to the Eukaryota Domain, Kingdom Fungi, Basidiomycota Division, Basidiomycetes Class, Order Agaricales, Tricholomataceae Family and therefore to the Lepista Genus and to the L. flaccida species. It is synonymous with the term Lepista gilva (Pers.) Pat ..

Geographic Distribution and Habitat –
The flaccid Lepista grows gregarious in the period between summer and autumn both in broadleaf and coniferous woods, with a greater presence in the latter. 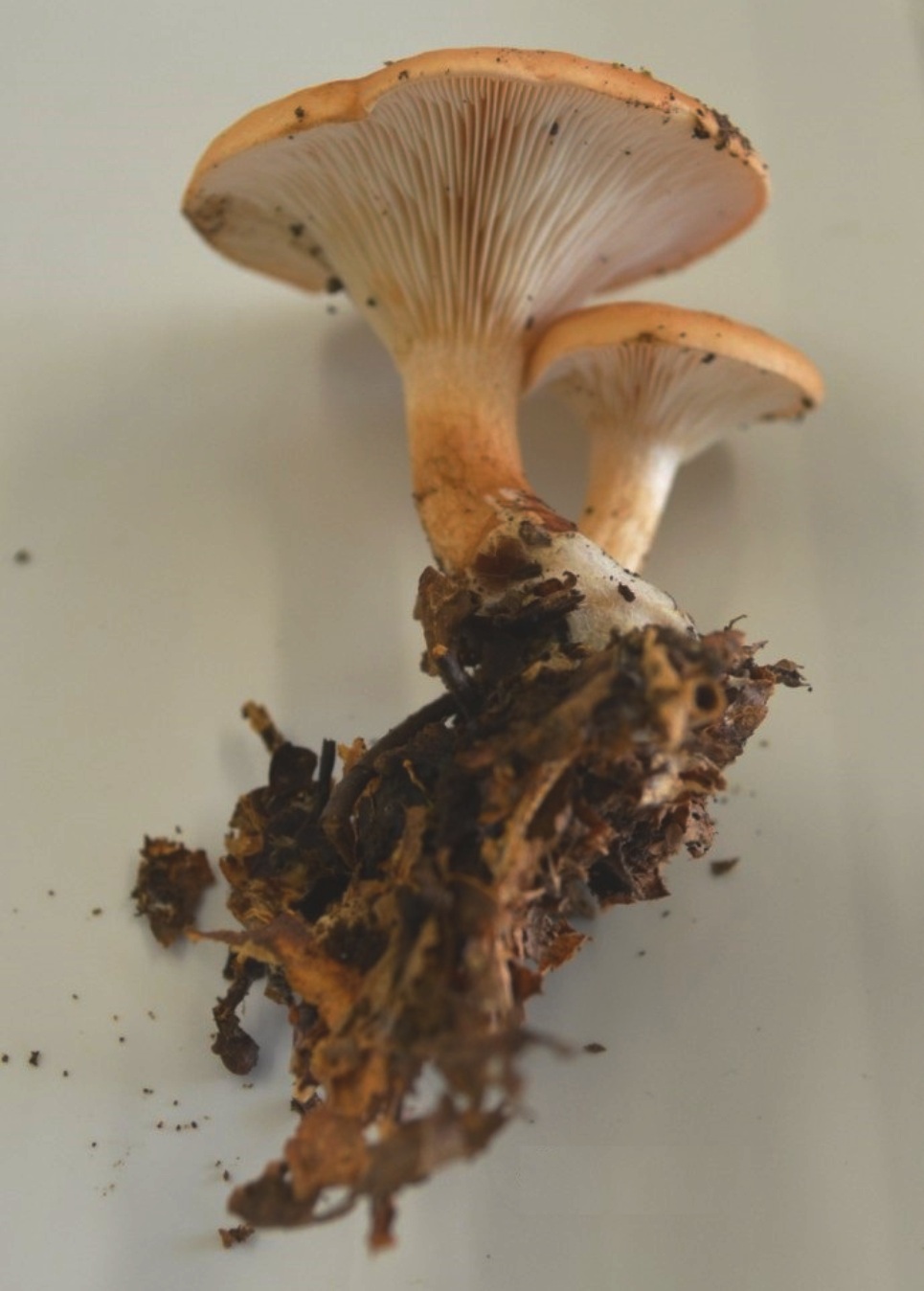 Recognition –
The flaccid Lepista is recognized by a convex 4-10 cm hat and then a funnel-shaped, ocher-yellowish and pinkish one; this is smooth, silky, with a margin often furrowed, thin and involute. The lamellas are decurrent, thick and whitish. The stem is slender, consistent, fibrous, a little swollen at the base and concolour to the hat. The flesh is whitish or gray-chamois, with a soft consistency and with a good smell and sweetish taste.The microscope shows globose spores, ellipsoidal (like orange seeds), mass-white, monoguttulate, verrucous, of 3.85 -5.5 × 3.3-3.8 μm. The basidia are clavate, at 2-4 sterigmas, with buckle joints, of 21.4-28.6 × 5-6 μm.

Cultivation –
Tawny funnel cap is not a fungus that is grown.

Uses and Traditions –
The flaccid Lepista is a very well known and sought after mushroom, considered among the best of its kind. It is frequently confused with the Clitocybe gibba (also edule) which, however, is on average less massive and has a more elastic flesh.

Preparation Mode –
Tawny funnel cap is a good-excellent edible fungus that lends itself well as a condiment for sauces or side dishes. It is also very popular in the mixed, but also in the trifola, but we must discard the stem that appears to be fibrous and leathery.