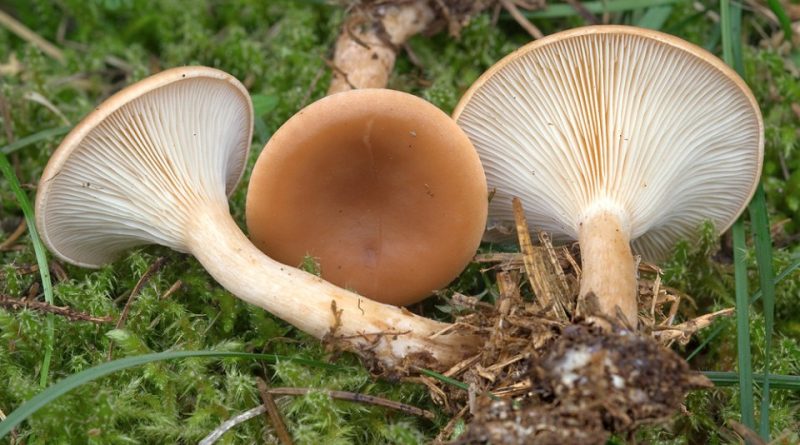 The Imbutino or Trombetta (Paralpista flaccida (Sowerby) Vizzini, 2012) is a basidiomycetes fungus belonging to the Tricholomataceae family.

Etymology –
The term Paralepist is constituted by the lemma para, from the Greek παρά “near, beside”, or “beyond”, and lepist, from the Greek λεπιστός lepistós peeled, meaning bare, bald: fungus devoid of particular ornaments. The specific flabby epithet, deriving from flabby, sloping, flaccid, sagging.

Geographic Distribution and Habitat –
The flaccid Paralepista is a gregarious fungus, very common that grows both in the deciduous and coniferous woods, on humid and humus-rich soils. It is also recognized because it forms on the ground the so-called “witch’s circles” or long lines similar to those of the Lepista nebularis. Fruits in the autumn period. 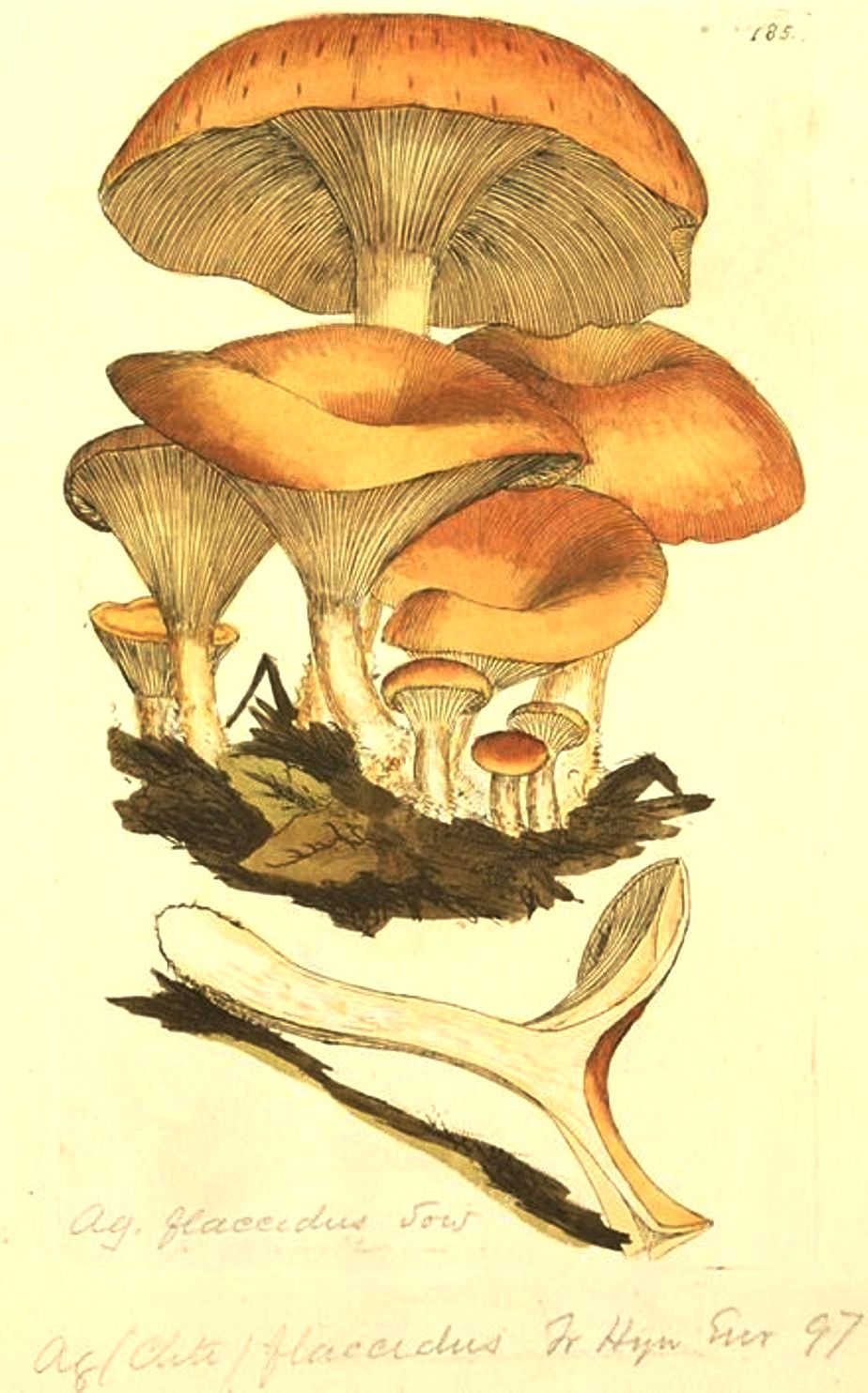 Recognition –
It is recognized to have the hat of elastic consistency, funnel-shaped, with the edge often convoluted, depressed in the center, with a smooth red-brick color that in old age lightens assuming an orange or yellow-dirty color. The slats are decurrent, dense, whitish, yellow-dirty because of the dirty. The stem is short, of more or less irregular shape, colorless to the hat. The meat is white-dirty tending to hazelnut, consistent, then elastic and finally soft, with a fruity and acidulous odor, particular, rather complex that sometimes reminds a bit of cheese and acidulous taste. 4-5 x 3 μm, cream-white in bulk, ellipsoidal, rough.

Cultivation –
Imbutino on is a cultivated mushroom.

Uses and Traditions –
The flaccid Paralapist has been included in the genus Paralepista, with the aid of molecular analysis. This species has been transferred several times from one genus to another (Omphalia, Clitocybe, Lepista) and in these relocations, however, the flaccid Lepista has always been distinguished also by the inverse Lepista, the first associated with a conifer with a shiny and smooth pileo. , the second associated with broad-leaved trees. In 2012 the mycologist Alfredo Vizzini, after molecular investigations, underlined how this species, together with others, belongs to a clade that has been separated from Lepista. Already proposed in the past by Jörg H. Raithelhuber as a subgenre, Alfredo Vizzini has taken the name of this subgenus elevating it to the Paralepista genus and considering Paralpista flaccida and reverse Lepista as a single entity. The flaccid Paralapist is however a quite appreciated edible mushroom. Edibility remains discreet in the older and soft specimens, good in young specimens and of elastic consistency. In general, the carpophores that grow under conifers are better.

Preparation Mode –
The flaccid Paralapist is a fungus that finds more or less extensive appreciation also depending on the region. In any case this mushroom can be prepared more properly in mushroom mixtures.