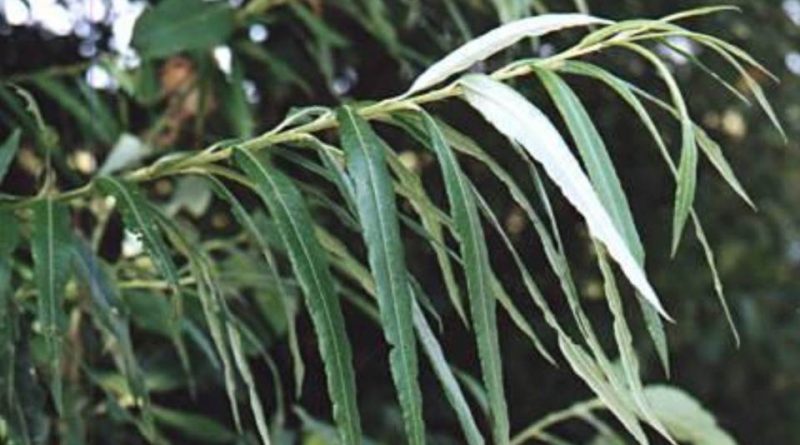 The Osier Willow (Salix viminalis L.) is an arboreal species belonging to the Salicaceae family.

Systematic –
From the systematic point of view it belongs to the Domain Eukaryota, Kingdom Plantae, Subarranean Tracheobionta, Superdivisione Spermatophyta, Magnoliophyta Division, Magnoliopsida Class, Subclass Dilleniidae, Salicales Order, Salicaceae Family and then to the Genus Salix and to the Species S. viminalis.

Etymology –
The term Salix is ​​the name in the classical Latin of willow, perhaps connected with the Sanskrit saras acqua. The specific heptiteum viminalis comes from vimen, -inis wicker: with flexible parts that can be used for interweaving.

Geographic Distribution and Habitat –
The Osier Willow is a plant whose distribution range goes from central-northern Europe to Siberia. Its habitat is that long streams or other wet places. The exact place of origin is uncertain because of its intense and widespread cultivation but, depending on its distribution area, it is certainly originating in an area that goes from Central Europe to Asia. This species has naturalized in many areas of Italy and is cultivated in central-northern Italy, but is also widespread throughout the United Kingdom and Ireland. 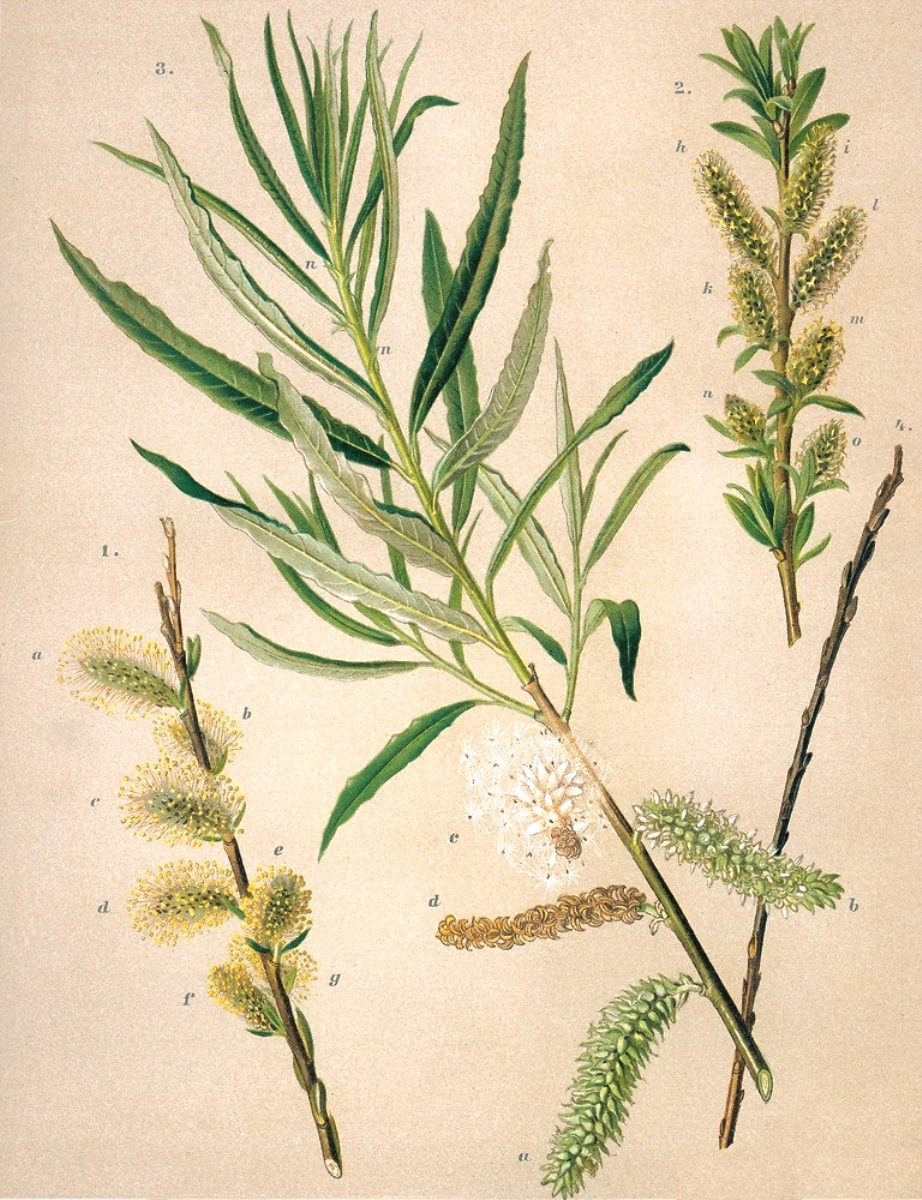 Description –
The Salix viminalis is a small tree that can reach 10 meters in height, with a bushy and expanded foliage. The branches are brownish and hairy when young, and then become smooth around 2 years.The leaves are linear, dark green above, white below and often with the margins folded down.The plant has monotonous flowers, with the male ones worn in curled catkins, with 2 stamens and yellow anthers and female ones in curled and pedunculated catkins. The fruit is an ovoid capsule, pubescent, with seeds provided with hairs.

Cultivation –
The Osier Willow is a fast-growing plant that likes a fresh, fertile and moist soil. The multiplication occurs by seed, by woody or semi-woody cutting in April, or by layering or offshoot in the period of July. A method used by farmers is simply to take some astoni (ie branches of the plant with a diameter of 3-4 cm, about 2 m long, without side branches) and try to root them by planting them directly in the ground for about a third of their length, taking care to keep the soil moisture high. The planting of young plants should be performed in autumn or spring. This willow, being used as a wicker plant, is harvested in winter, to increase the production of the branches, which are used for the construction of baskets or used to bind the vines . As a fast growing plant it should be nourished accordingly. For its small size, the wicker willow lends itself also to the cultivation in pot, on large sunny terraces, where it gives its best between the winters and the spring, both for the bright color of its branches that for the subsequent flowering.

Uses and Traditions –
The Salix viminalis has been introduced in Italy since ancient times, just as a wicker plant, today its cultivation has been largely abandoned and remains in isolated groups, especially in the southern sector of the Po Valley. As can be seen from the name, in fact, the wicker willow, has been used for centuries to produce wicker objects, from garden furniture (armchairs, windbreak dividers) to baskets, through cradles, mats and screens. Its branches are used as guardians in the garden or in the garden, for climbers like the fragrant Peas. The plant is still cultivated in the vineyards and placed at the end of the single rows in order to use its branches in the binding of the vines. In forestry work it is not uncommon to see the plant used to consolidate fluvial land, along canals or on river banks. The Osier Willow also, as an ornamental plant, can be used in small and medium-sized gardens, especially where ponds have been built or small ponds but there is not enough space to accommodate larger willows. The beauty of abundant and early flowering, bright yellow thanks to the color of flowering catkins, allows you to enjoy an early announcement of spring. viminalis is a known hyperaccumulator of cadmium, chromium, lead, mercury, petroleum hydrocarbons, organic solvents, MTBE, TCE and by-products, selenium, silver, uranium and zinc, and potassium ferrocyanide (tested on S. babylonica L.); for this reason it is a plant for the phytoremediation of soils polluted by heavy metals.

Preparation Mode –
The Osier Willow, in addition to the uses, for the preparation of wicker objects and various artifacts, does not have particular applications in the pharmaceutical and food sectors, even though, like all willows, it contains salicin.