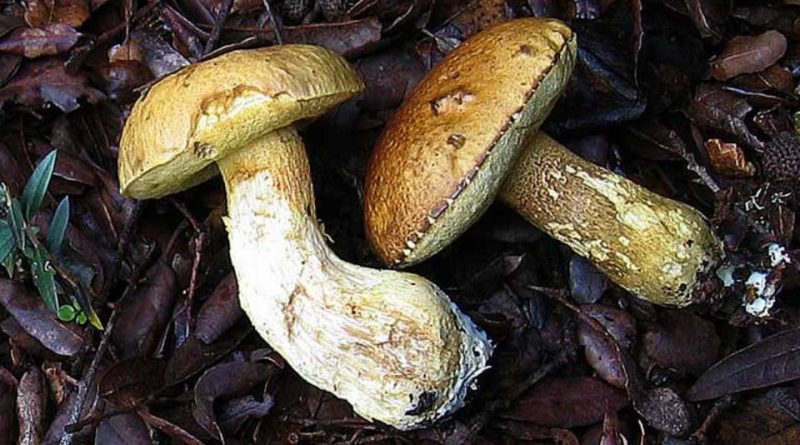 Systematic –
From a systematic point of view it belongs to the Domain Eukaryota, Kingdom Fungi, Basidiomycota Division, Class Basidiomycetes, Order Boletales, Family Boletaceae and then to the genus Leccinum and to the species L. lepidum.
The term Boletus lepidus Bouchet is obsolete synonyms.

Etymology –
The term Leccinum comes from (i) líceus, derived from ílex, -icis leccio: from the holm oak, related to the holm oak. The specific epithet lepidum means graceful, lovable, pleasant.

Geographic Distribution and Habitat –
The Leccinum lepidum is a fungus that grows in forests of Evergreen Oaks in the Mediterranean area, including: Quercus suber L. (Quercia da cork) and Quercus ilex L. (Leccio). It appears in autumn and, in the warm and temperate climate woods, it continues to grow throughout the winter, until the beginning of spring. Its density of growth is influenced by rain and temperature: it is quite abundant in some rainy and mild temperatures. 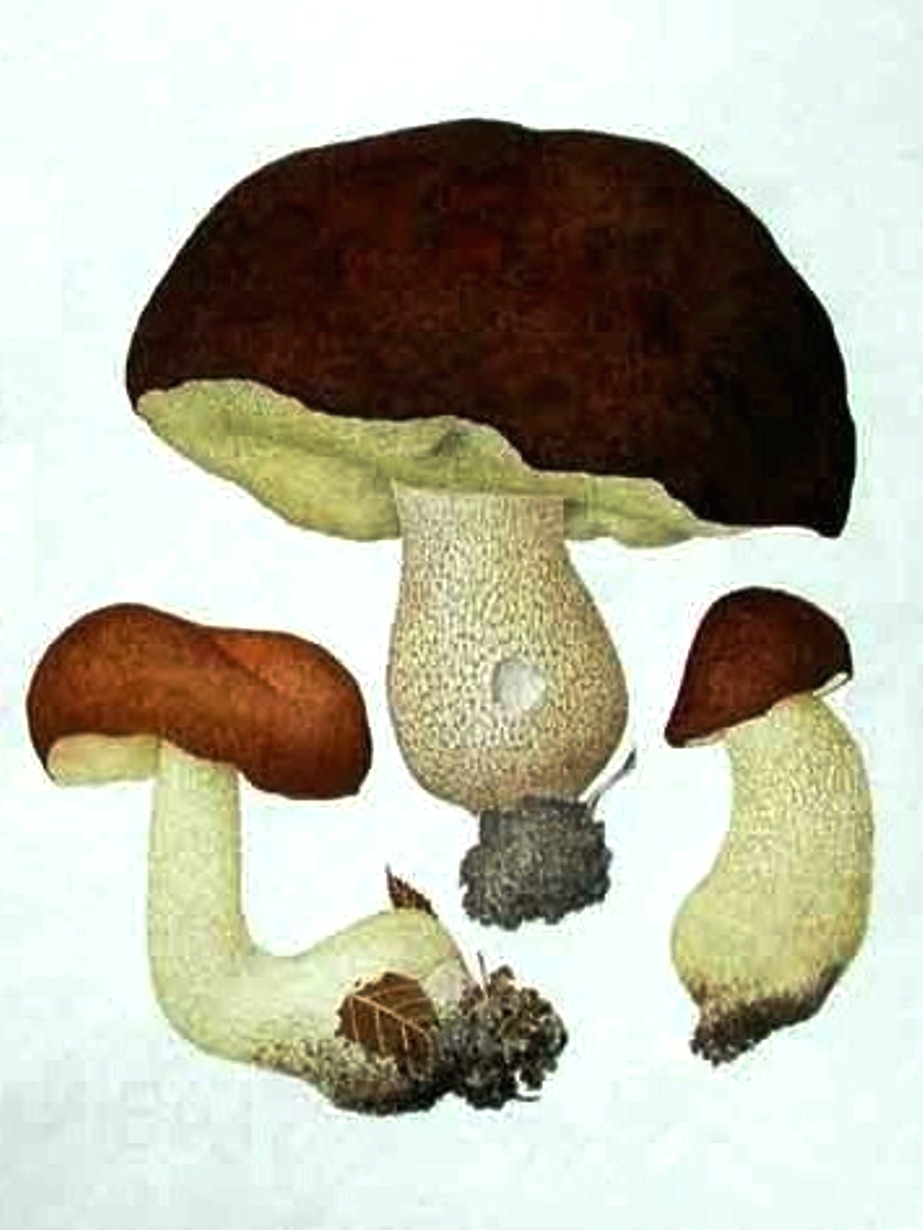 Recognition –
It is recognized for the broad hat up to 15 cm in diameter, initially hemispherical, then convex, finally flat or slightly depressed in the middle; consistency firm at first and then become soft with time. The cuticle is viscous with moisture and the color varies from hazelnut to ocher, to dark brown. The tubules are rather long, free, straw-yellow in color when young, and then become yellow-dirty and olive-green. the pores are small, circular, concolorous to the tubules; that become olive because of the dirty. The stem, easy to remove from the hat, is often very long (up to 13-14 cm), cylindrical, irregular, sometimes obese as in common porcini; it is a dirty yellow or ocher yellow, fibrillose and tends to darken over time. The flesh is firm, fibrous in the stem, light yellow in color; when cut, turn to light red; it has a pleasant, light and aromatic smell, like musk and a rather grateful and sweetish taste.
Under the microscope there are spores of olive in mass.

Cultivation –
Leccinum lepidum is not a cultivated fungus.

Uses and Traditions –
It is a good edible fungus after proper cooking, although it is advisable to use only the not too mature specimens and to discard the stalk that is hard and fibrous, also it is advisable to eliminate the tubules in the specimens too old.
The Leccinum lepidum can be confused in the Mediterranean with the Leccinellum corsicum (Rolland) Bresinsky & Manfr. Binder, smaller in size, linked to the undergrowth of bush that lives in close symbiosis with the Cisto shrubs: Cistus monspeliensis L. (Cisto of Montpellier), Cistus incanus L. (Cistus red), Cistus salviifolius L. (Cistus female), and which shows a more reddish toning, compared to the more violet one of Leccinellum lepidum. It is also similar to the Leccinellum crocipodium (Letell.) Della Maggiora & Trassin., Which has a cuticle that tends to crack; the latter fungus also grows in non-Mediterranean environments and is linked in symbiosis with deciduous oak trees.
The presence of the obese stalk can sometimes lead to being exchanged by less experienced seekers for a sort of “porcino”.

Preparation Mode –
This type of mushrooms requires proper cooking to avoid any symptoms of nausea and severe pain in the abdomen; for this reason it is therefore important, before any use, to let the mushrooms boil in their own broth. Do not worry if you cut them, or after cooking they change color, which is completely normal. They can normally be stored in the freezer after cooking or cut and dried, but this does not exclude that they should be cooked when they are used.
It is also recommended to prepare only the not too mature specimens and to discard the stem and, possibly, to eliminate at least the tubules in the too old specimens collected.