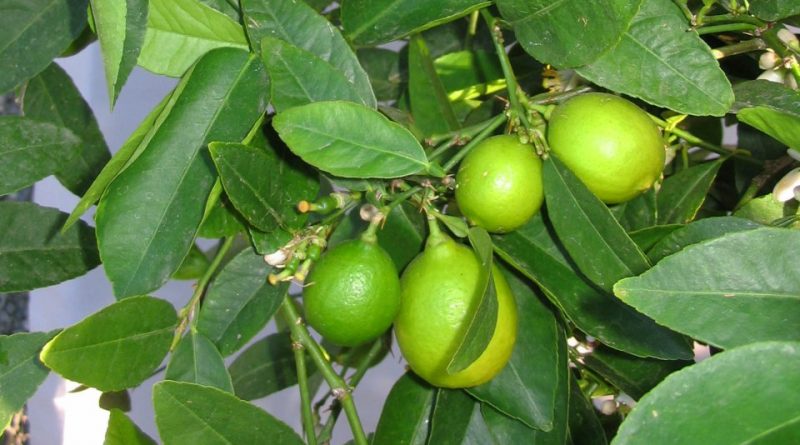 Systematic –
From the systematic point of view it belongs to the Eukaryota Domain, Kingdom Plantae, Magnoliophyta Division, Magnoliopsida Class, Sapindales Order, Rutaceae Family, Subfamily Aurantioideae, Citreae Tribe and therefore from the Citrus Genus and from the C. Aurantiifolia Species.

Etymology –
The term Citrus is the Latin name of the cedar and lemon, from the Greek Greek κέδρος kédros cedar and κίτρον kítron lemon. The specific epithet aurantiifolia, is a term composed of the Latin aurantium (málum aurántium orange) and folia, leaf: with leaves similar to those of orange. The ordinary name lime comes from the Provençal limo ‘limʌ, in turn from the Arabic lîma.

Geographic Distribution and Habitat –
The origin of Citrus aurantiifolia is between Malaysia and India, from which it was copiously exported to the United Kingdom for the needs of the personnel on board as mistakenly believed to be a remedy equivalent to lemon for the prevention of scurvy. According to some authors it is considered a natural hybrid of the medical Citrus (Cedar) with another species. Today the lime is grown mainly in Southeast Asia, Mexico, Latin America and the Caribbean. 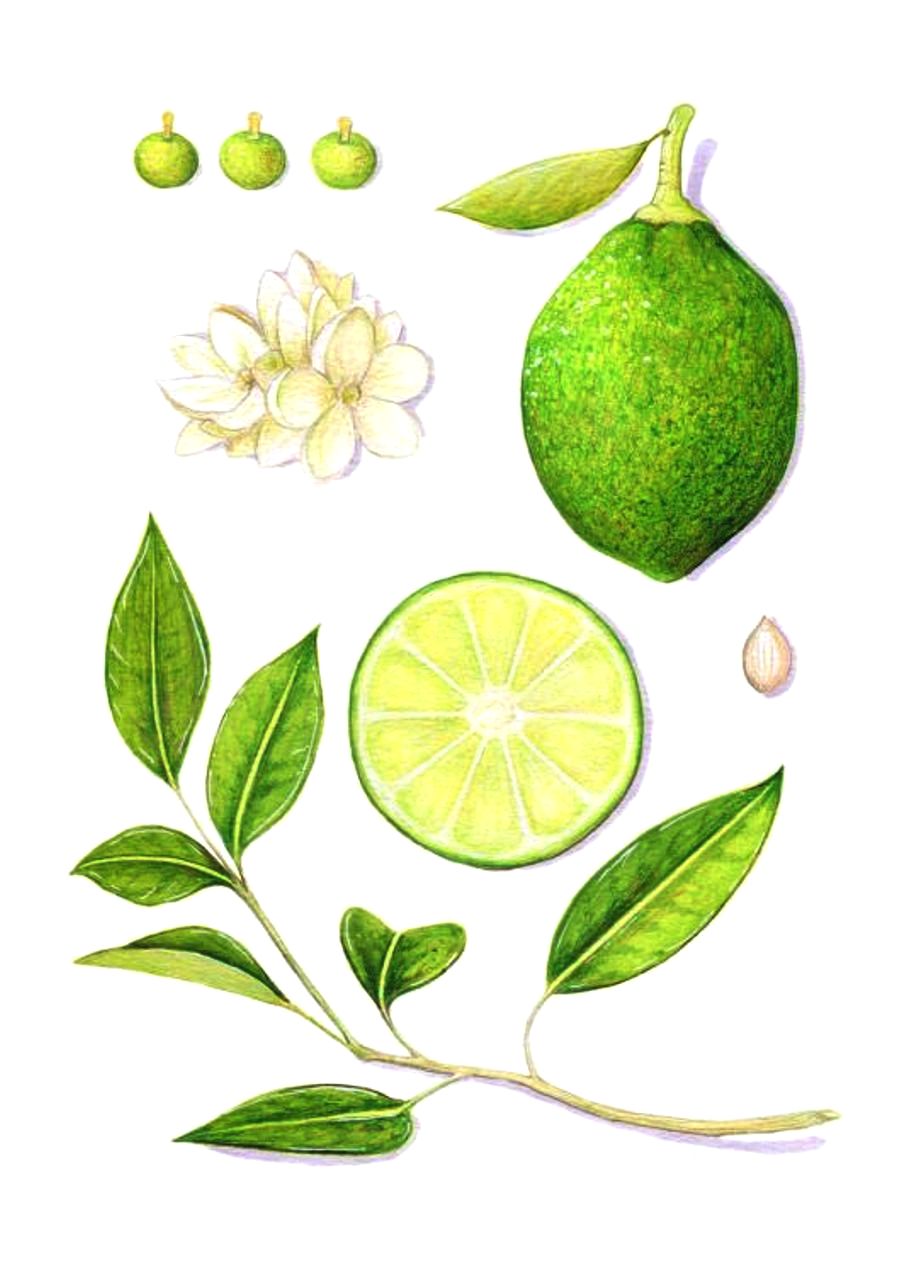 Description –
The Lime is a small tree that can reach a height of 3-5 meters, with spiny twigs. It has oval leaves, finely crenate, rounded at the base and pointed at the apex, light green, with slightly flattened winged petioles.
The flowers are gathered in racemic inflorescences, with two – seven small fragrant white flowers, which are produced at different times of the year. The fruits are slightly oval, mostly green or yellowish-green in color or, in some varieties, completely yellow when ripe; the pulp is sour and the skin is thin and rich in essential oils.

Cultivation –
The Lime, unlike all other Citrus, which are subtropical plants, prefers the climate of the tropics; for this reason it is not cultivated in the Mediterranean Sea (excluding the coasts of Egypt). It is therefore a plant that needs a warmer climate, with light substrates but well endowed with organic substance and which absolutely does not tolerate frosts.
Among the mainly cultivated cultivars we mention the “Mexicana” (Limetta mexicana), the “Neapolitanum” and “Valletta”. Dala Letta are derived various hybrids such as Limequat, which is a cross between Citrus aurantifolia and Fortunella margarita.
For details of the cultivation technique refer to the following sheet.

Uses and Traditions –
As mentioned, the lime is not grown in Europe, but well present in the Americas. In the USA many varieties are known, but it must be said that they are mostly errors in naming, which often creates a bit of confusion. The only non-hybridized original lime is the Citrus aurantifolia that the Portuguese brought to America in the sixteenth century and has since been cultivated in Mexico and Florida. Of this plant there are also many plantations for ornamental purposes, as they are an evergreen species (like almost all citrus) and that in favorable conditions it blooms all year round. Even its small colored fruits are very picturesque, especially because they remain on the long branch together with the flowers of the following crop.
Lime is grown mainly for the production of essential oil that is obtained from the peel. The essence is in fact very similar to that of lemon and is used mainly in the food industry for the production of soft drinks, although it is also very popular in the industry of perfumes and detergents. It is also often used together with the sweetness of strawberries or raspberries to flavor chewing gum.
Together with lemon, the lime, starting from the discovery of the antiscorbutic effects of Vitamin C, has been used against the effects of scurvy. Unlike lemon, however, the low vitamin rate of the fruit and above all the habit of mixing the drink in copper cauldrons completely destroyed the antiscorbutic potential of the lime; this did not solve the problem of this disease, especially the crews of the British Royal Navy who preferred to use the Lime (which imported from the countries of origin at better conditions) than lemon, considering it equivalent to the use of lemon.

Preparation Mode –
The lime is rarely consumed as fresh fruit but, on the other hand, is very used in cooking, even as a valid substitute for lemon. The juice is mainly added to fruit salads and seafood, often in combination with curry. This fruit is a fundamental ingredient of Lime Cake, which is a typical dessert of Florida. The fruit juice is also used for the preparation of different cocktails, such as Caipirinha, Mojito and Daiquiri.