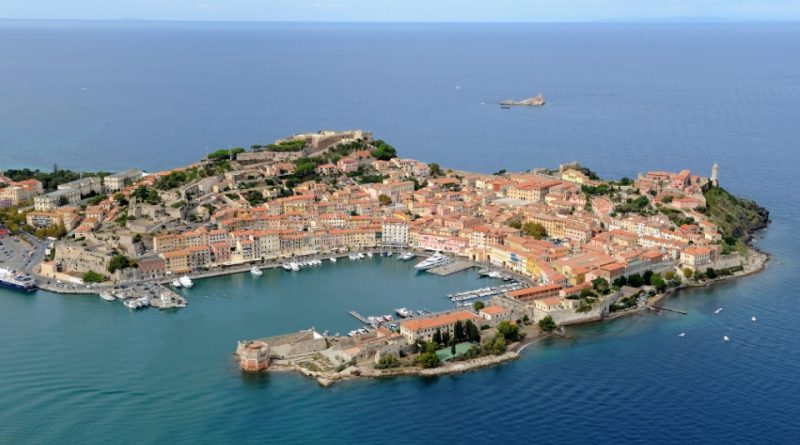 The National Park of the Tuscan Archipelago is the largest marine park in Europe, with its 56,766 hectares of sea and 17,887 hectares of land. This park includes all the seven main islands of the Tuscan Archipelago and some minor islets and rocks. Like the pearls of a necklace, each island is different from the other. Each island preserves the traces of its history, each island is unique, original, with only one feature in common: the beauty of its nature.
The National Park of the Tuscan Archipelago was established in 1996 and is composed, as mentioned, by all the main islands of the Tuscan Archipelago; these are:
– Island of Gorgona;
– Isola di Capraia;
– Elba island;
– Pianosa Island;
– Isola di Montecristo;
– Lily island;
– Giannutri Island;
to these are added the smaller islets in the Piombino Canal:
– Island of Palmaiola;
– Isola di Cerboli;
the smaller islands in the Tyrrhenian Sea:
– The three islets of the Formiche di Grosseto;
some rocks:
Meloria in the Ligurian Sea;
– Elba: Ants of the Zanca, the Ogliera, the Scoglio della Triglia, the Isola Corbella, the Gemini Islands, the Isolotto d’Ortano, the Isola dei Topi and the Scoglietto di Portoferraio;
– Giglio: the Island of the Cappa, Le Scole;
– Pianosa: the Scarpa and La Scola;
– Capraia: the Peraiola;
– Montecristo: the Scoglio d’Africa.

By nature and by vocation the islands represent ideal territories for small productions that enhance the territories, recovering traditional crafts and processing techniques. Agri-food products, in particular, constitute the “excellences” of the islands of Tuscany, whose custody is essential also for the protection of biodiversity. The “new excellence” of Elba is focused on the quality of local wines, certified by the attribution of eleven types of Doc.
Among the traditional products of Elba, Giglio and Capraia is also honey, obtained mainly from the blooms of Mediterranean essences such as rosemary, thistle, heather, chestnut and strawberry tree. The list of traditional agri-food products related to the Tuscan Archipelago also includes two sweets: the elbana crushes briaca and the panficato del Giglio.
The mild climate of the islands has favored the cultivation of the olive tree, whose production in quantitative and qualitative terms has been growing especially in recent years. Since 2011, the Elban oil has conquered the IGP brand, passing the careful examination of the Tuscan oil consortium.
The National Park of the Tuscan Archipelago also presents, for the variety of environments and ecosystems, a flora and fauna that are essentially influenced each time by the characteristic microclimates of the individual islands or islets.
As for the flora, the Mediterranean and island climate are in fact the main factors that influence the vegetation of the Tuscan Archipelago. In this area we find, predominantly, evergreen plants and plants with very small leaves such as brooms. In the environment of this varied archipelago are large holm oak forests of which today only a few coppice woods and chestnut woods survive. In any case, the most widespread plant formation in the park today is the Mediterranean maquis composed of: strawberry tree, lentisk, Phoenician juniper, myrtle, heather, rosemary, lavender, broom and cysts.
Even the fauna is affected by this considerable variability being able to find characterizations related to the isolation of individual islands or islets.
Among the mammals is the presence of martens and wild rabbits, in addition to mouflons and wild boars, even if the latter were introduced for hunting purposes in some cases causing ecological imbalances. The avifauna, very varied is characterized by various migratory birds, including sea-bream and seagulls, the latter also symbol of the park. Among the reptiles and amphibians we remember the venturone, the Tyrrhenian gecko, the Tyrrhenian tree frog, the Sardinian discoglossus and the sordone.

From the geological point of view the islands of the Tuscan Archipelago are made up of various types of rocks: magmatic, both intrusive (granites, granite porphyries and aphitic strands) and effusive (basalt and rhyolite), sedimentary (limestone, sandstone, etc.), metamorphic (filladi, gneiss, marble, etc.) in addition to the famous masses of iron ore in the eastern part of the island of Elba. These rocks show particular aspects that reconnect them to their various and distant areas of origin, giving us tangible evidence of the movements and overlapping that allowed the birth of the Tuscan Archipelago.
The birth of the Tuscan Archipelago can be placed in that geological period that takes the name of Triassic (230 – 240 million years ago), even if in reality the metamorphic rocks that make up the Calamita peninsula, on the island of Elba, they are a fragment of African continent dated about 570 million years. As a result of divergent movements, inside the terrestrial globe, the lithosphere underwent a progressive thinning until it reached the rupture, which defined the formation of two large plates: the proto-European and the proto-African with a sea in the middle: the Tethys, far ancestor of the Mediterranean.