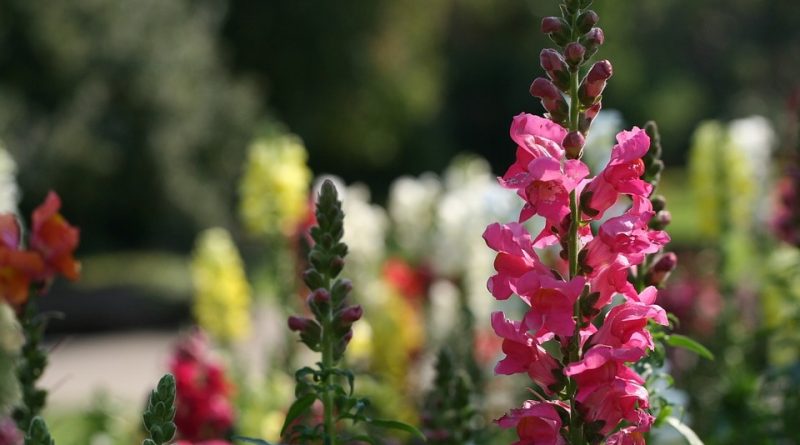 The common snapdragon (Antirrhinum majus L., 1753) is an herbaceous species belonging to the Plantaginaceae family.

Systematics –
From the systematic point of view it belongs to the Domain Eukaryota, Kingdom Plantae, Subarign Tracheobionta, Superdivisione Spermatophyta, Magnoliophyta Division, Magnoliopsida Class, Sottoclasse Asteridae, Order Lamiales, Family Plantaginaceae, Antirrhineae Tribe and then to the Genus Antirrhinum and to the A. Majus Species.

Etymology –
The term Antirrhinum comes from the Greek anti αντι in front and ῥίν, ῥίνός rhín, rhínos nose: the end of the fauce of the flower resembles a nose. The specific epithet majus is a orthographically incorrect, but valid form, for maior which is the comparative of large magnus: greater, larger or longer (compared to other species of the same genus).
Its common name is linked to the shape of the flower, formed by a corolla with two lobes, which are rolled up similarly to the lion’s lips.

Geographic Distribution and Habitat –
The common snapdragon has its place of origin between southern Europe and North Africa. In particular it is native to Morocco, Portugal, France, Turkey (eastern part) and Syria.
Typical habitat is that of stony and arid places (stony and rubble), but it can also be found on the old sunny walls and the margins of the paths. The preferred substrate is calcareous but also siliceous with neutral pH and medium nutritional values ​​of the medium that must be medium wet. It is found up to 800 m s.l.m ..
In Italy it is found spontaneously in a rare way while in the rest of Europe it is found in the Alps in France and in Austria (Länder of Carinthia). On the other European reliefs connected to the Alps is located in the Jura massif, Massif Central, Pyrenees and Carpathians. It is also present in the rest of Europe, especially in the southern part of the continent, in Anatolia, in Mediterranean Asia and in the Maghreb. 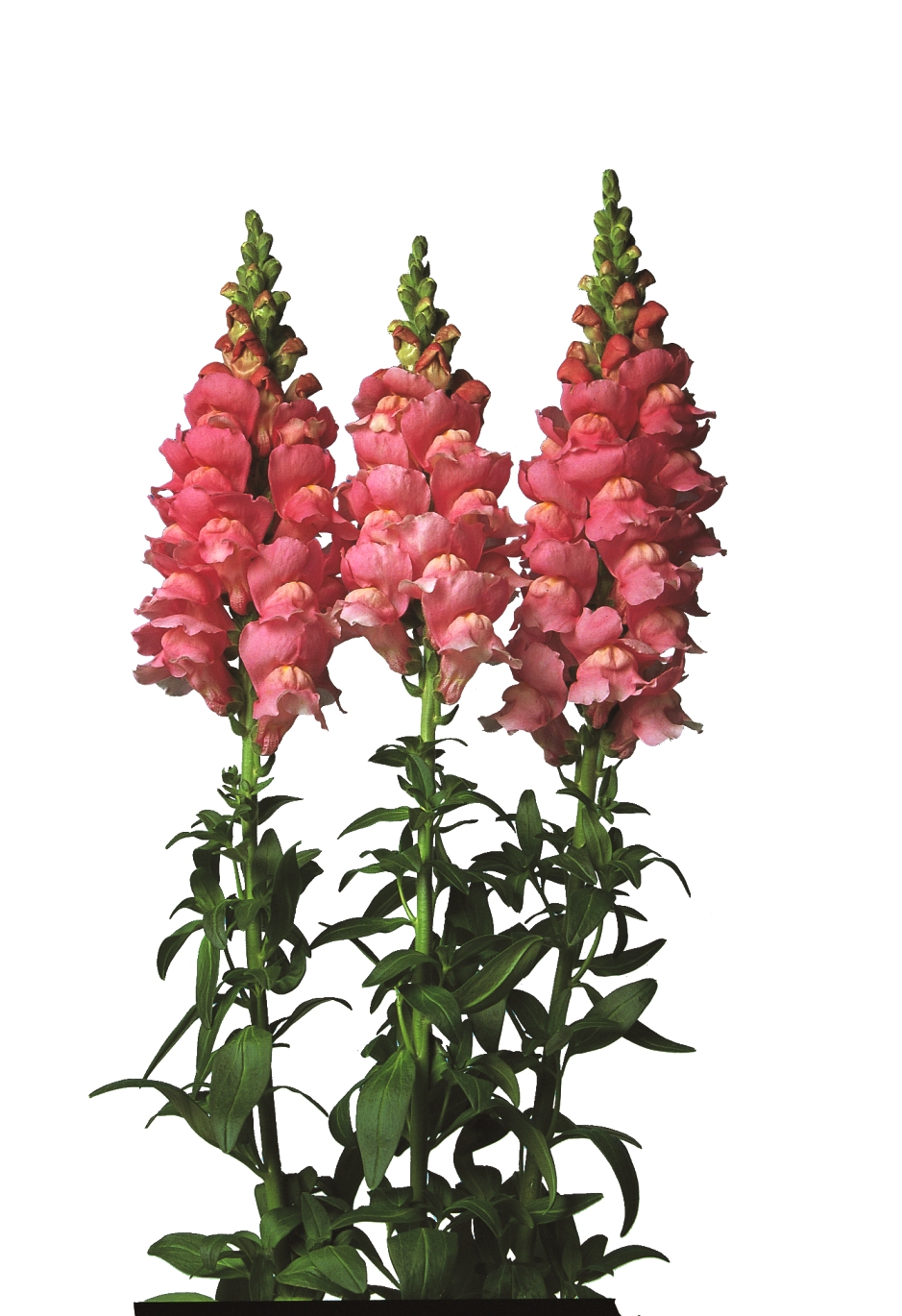 Description –
The Antirrhinum majus is a perennial herbaceous species but in cultivations bred as annual. It has a stem that is fleshy, lignified at the base, and can reach 100-120 cm in height; has lanceolate leaves of dark green color. The flowers are partially tubular, with two lips, which open by pressing the flower on the sides, reminding the mouth of a lion or a dragon and bloom on long spikes; the colors are many, from yellow to red to pink, there are also two-colored and variegated varieties. From the flowers, after the pollination, wood pods form which contain numerous fertile seeds. Pollination occurs through insects (entomogama pollination) such as hymenoptera, lepidoptera or dipterans or through the wind (anemogamous pollination) or, in the tropics, through the hummingbirds (ornithogamous pollination).

Cultivation –
Of the genus Antirrhinum there are about forty species, all originating from the Mediterranean basin. At the horticultural level, both in Italy and in Europe are cultivated only the majus species and more rarely the asarina and the glutino sum.
Since it is a very popular plant, it has been used since the beginning of botany to create new varieties and hybrids, characterized mainly by differences in coloration, bearing and size.
Currently we can divide the snapdragon varieties into large flowers into three broad categories.
Those dwarfs (with a height of less than 30 cm), the medium ones (ranging from 30 to 70 cm) and the tall ones (which can even reach 120 cm).
For cultivation, remember that, even if it is a rustic plant, the minimum temperature that it can bear is -5 ° C. For this reason it can be treated as perennial throughout the Central-South, while in the North it is mostly considered an annual or at most a biennial one. For details of the cultivation technique, the following sheet can be consulted.

Uses and Traditions –
Antirrhinum majus, in ancient times, was used for its cosmetic properties; while for the industry dyes (dark green and gold) can be obtained. The story of the Lion’s Mouth is also linked to Gregor Mendel who used it for research on his biological theories.
The Antirrhinum majus, as well as for ornamental purposes includes many medicinal properties that, according to folk medicine, we can list as follows:
– anti-inflammatory (heals from inflammatory states);
– anti-inflammatory (attenuates an inflammatory state).
It is used in all inflammation (oral ulcers). Externally it is effective on erythema. It can soothe the burns. In medicine we use the leaves (to be collected in the spring before flowering) and the newly hatched flowers (but we do not have to collect the glass). These products must be dried and then used as infusions.
But the Lion’s mouth is best known nowadays for its beautiful appearance deriving from the elegant shape and polymorphism of its flowers; for this reason it is often cultivated in gardens. The snapdragon contains some components that are essentially: mucilage and glucosides.

Preparation Mode –
The Antirrhinum majus, consumed in the form of infusion, is useful for soothing inflammations in general and ulcers of the oral cavity in particular. The snapdragon would also appear to result in an increase in diuresis and sweating. Traditionally this plant is also used to obtain antihistamine effect.
Snapdragon intake at the recommended doses and in an appropriate manner does not generally present contraindications. It is advisable to refrain from taking preparations based on this plant in case of certain or hypersensitive hypersensitivity: in particular, promptly notify your doctor if you notice any symptoms of an allergic reaction, especially if severe (rash, itching, swelling especially if you have a face, tongue or throat, severe dizziness, breathing problems).