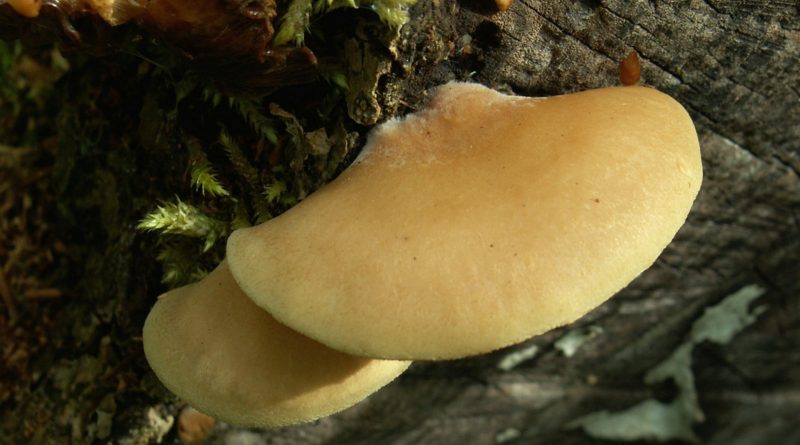 Geographic Distribution and Habitat –
Crepidotus mollis is a fungus that grows in isolation or in groups on trunks, branches and sawdust, in the period from spring to early winter. 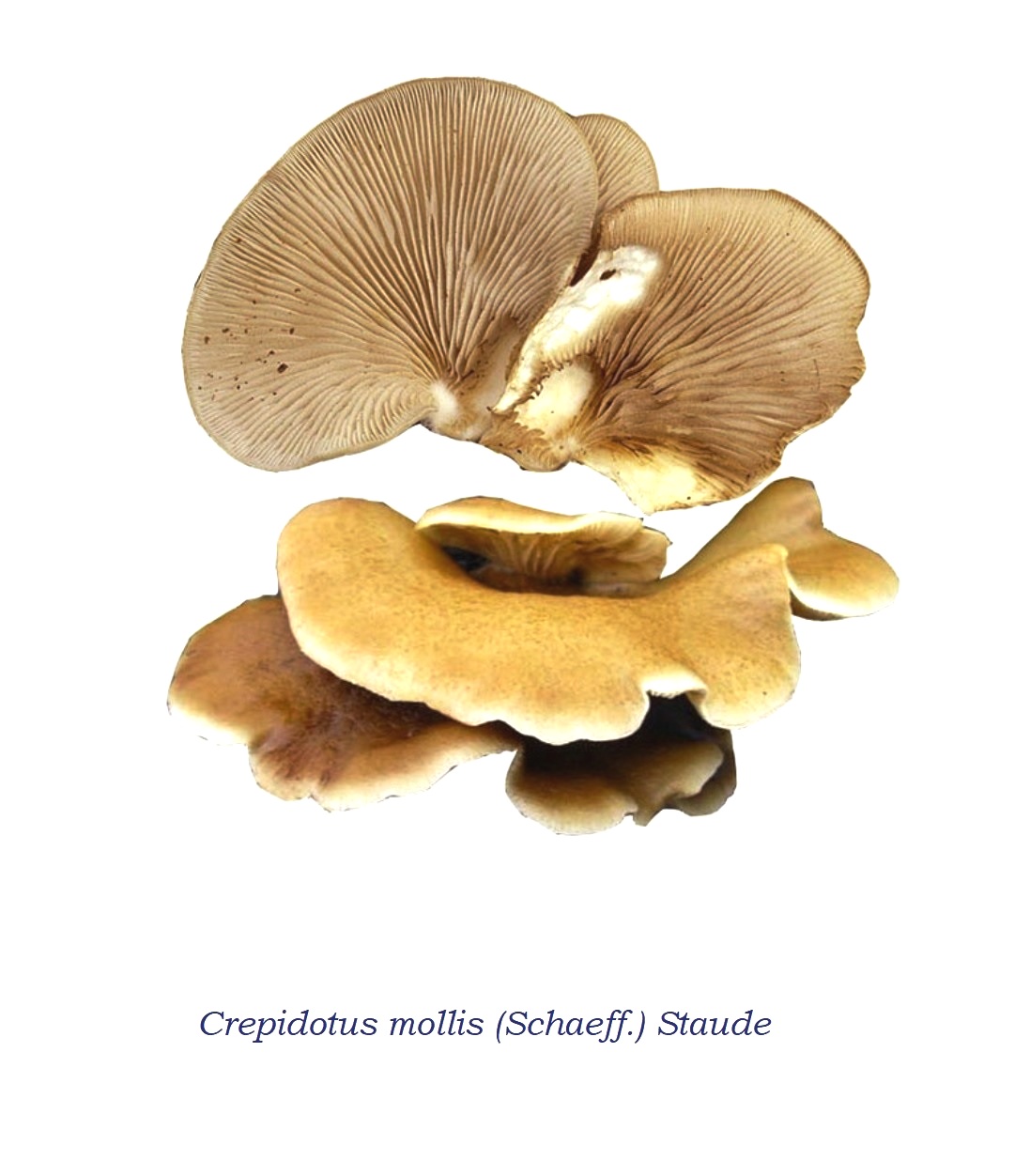 Recognition –
It is recognized for the hat shaped like a kidney-shaped shelf, almost sessile, of a gray-olive color, with yellowish hues, then whitish with yellowish hues. The lamellae are converging towards the base and often branched, whitish and then pale brown. The stem is small, placed laterally and sometimes covered by a sparse hair. The meat is of a soft consistency (hence the name of the species), with a viscous cuticle, a null smell and a sweet taste. Under the microscope there are elliptic spores of ocher-brown color in mass, of 6-9 x 4.5-6.0 μm.

Cultivation –
Mushroom not cultivated for its mediocre organoleptic qualities.

Uses and Traditions –
Crepidotus mollis is a fungus which is easy to identify due to the presence of a showy gelatinous layer placed on top of the pileus which gives the basidioma a viscous and sticky appearance, to such an extent that the apprehended basidiomes easily attack each other. On microscopic analysis, the absence of buckle joints places C. mollis in the Sottogenere Crepidotus, where, together with C. calolepis and C. calolepis var. squamosus form the Crepidotus Section.
It is a fungus of fair edibility but of not significant value.

Preparation Mode –
Crepidotus mollis, although of fair edibility, is not a fungus that lends itself to a good use in cooking or storage for the soft consistency of its flesh and for the fungal odor.