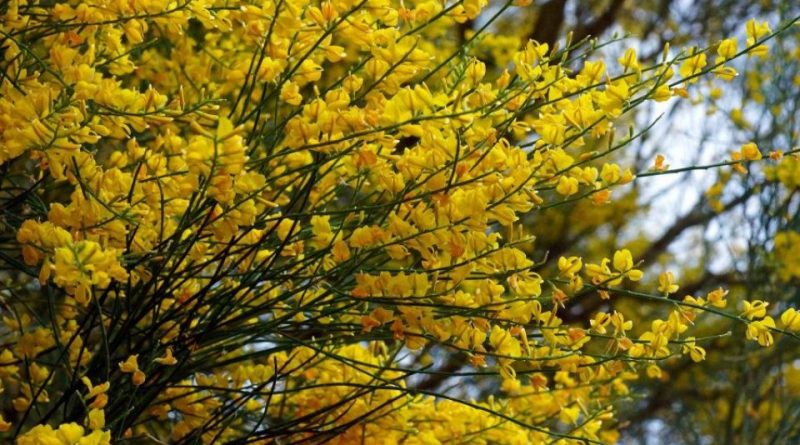 The broom of Etna (Genista aetnensis (Raf. Ex Biv.) DC.) Is a species with shrub or arboreal habit of the family Fabaceae.

Etymology –
The term Genista derives from the Latin name of the broom in Pliny, Virgilio et al. it could derive from the Celtic gen bush or from the Latin genû knee, in relation to the nodosity of the stems. The specific epithet aetnensis comes from Aetna Etna: from Mount Etna.

Geographic Distribution and Habitat –
The Broom of Etna is an endemic species of Sicily (eastern side of Etna) and of eastern Sardinia. It grows spontaneously in Sicily, sometimes in association with Adenocarpus bivonii. However, it is also present in Calabria and was introduced, for reforestation, on Mount Vesuvius and the Peloritani mountains. It grows mainly on poor and droughts. 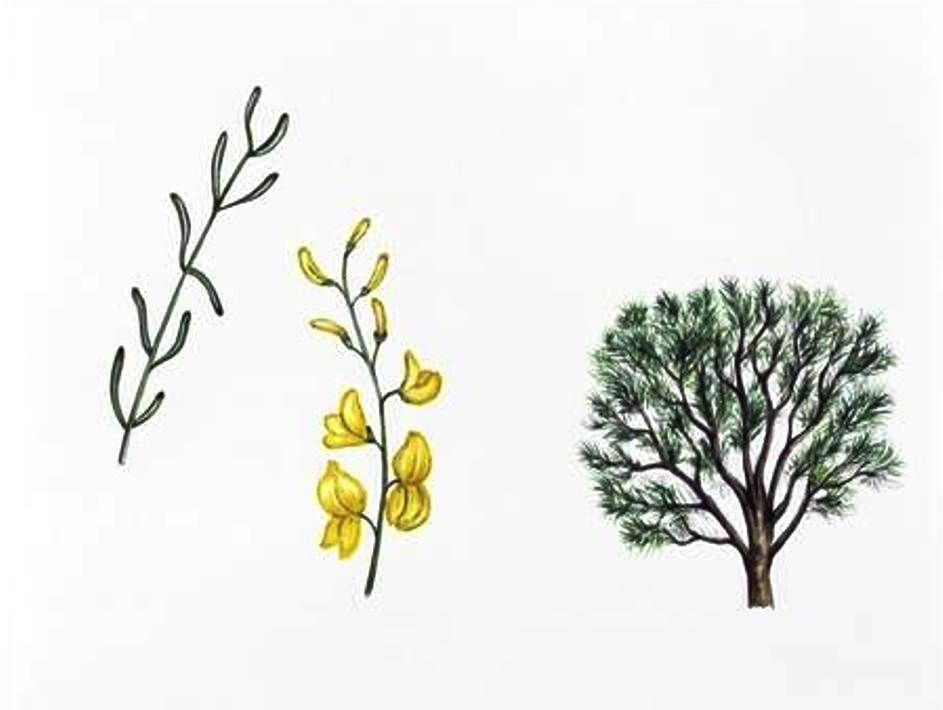 Description –
The Genista aetnensis is a shrub or tree up to 6-8 meters tall, with irregular foliage, consisting of striated and pubescent branches. The trunk, sometimes not very developed, is covered with reddish-brown rind like the main branches. It has deciduous leaves, linear in shape, scattered and covered with fuzz. The flowers appear in late spring, golden-yellow and arranged in dense elongated racemes. The fruit is a brown, glabrous, sickle-shaped legume containing 2-4 small lenticular seeds.

Cultivation –
The propagation of the broom of Etna occurs by seed. The seed is collected at the end of autumn (November-December) from plants already fully developed and in excellent vegetative conditions. The dried legumes are collected from the plant and the seeds are extracted and kept dry in the winter. The sowing in April must be preceded by mechanical scarification with sandpaper or, but usually not recommended, from chemical (30 minutes in sulfuric acid). In any case, after the scarification, the seed is placed in the open or in the container, taking care of the humidity of the substratum for the entire first growing season, otherwise the young seedlings will dry out. Alternatively, it is possible to proceed by cuttings or grafting. Within 10-20 years (depending on the environment in which he lives) he reaches his definitive dimension. As far as pruning is concerned, botanical and endemic species should be left to develop autonomously since they thus reach and develop their natural beauty (for which they are usually cultivated as ornamental plants), but in the juvenile phase it can be pruned very sparingly, since it can not stand drastic prunings, to maintain a more dense or ordered bushy bearing. Moreover, it does not require maintenance or special care. It has no problems with cold temperatures, already present during the winter season in its places of origin, and adapts to various pH of the soil. Two factors are particularly important for the success of its cultivation: a well-drained soil that avoids water stagnations, especially in winter, and an exposure in full sun.

Uses and Traditions –
The Genista aetnensis is one of the brooms of greater size and visual impact present on the Italian territory. It is in fact an endemism present only in Sicily, Sardinia and Calabria, and also introduced in Campania in reforestation works on Vesuvius. It is an extremely beautiful plant, with abundant flowering, fragrant and showy, suitable for small and medium-sized gardens as isolated specimens or on the bottom of English borders. It gives its best in non-formal or modern contexts. Since it attracts bees and pollinating insects it is ideal in natural gardens where it contributes to maintaining high biodiversity of the microfauna with consequent improvement of the overall ecological balance.
The most striking populations are those present on the slopes of Etna, from which the species takes its name. Here in June the large bushes bright yellow color the black lava flows in a unique contrast, flooding the mountain with intense scent for miles. The Genista aetnensis has over time specialized in recolonizing the most compact and intact lava soil and its role is fundamental in opening the way to other less pioneering species thanks to the rock crushing action carried out by its roots and the deposition of a thick blanket of bedding on which new plants can settle. Moreover, like all Fabaceae, its nitrogen fixing action guarantees the enrichment of the soil of nitrogenous compounds useful for the development of vegetation.
This plant is also the largest broom in our peninsula, being able to reach a height of more than 10 meters, with a light bearing donated by thin falling branches, particularly scenic when they are filled with yellow flowers like a waterfall.
In the ’50s it was tried to introduce this plant for forestry purposes in the Peloritani Mountains and Mount Vesuvius, but without major successes. It is however an ornamental plant very suitable for difficult and not very developed terrain, in environments not influenced by saltiness.
Until the creation of the Etna Park it was used to obtain coal. It is in fact possible to notice the typical growth of coppice plants in some areas.

Preparation Mode –
The broom of Etna has no particular uses in the pharmacological field or in the kitchen.