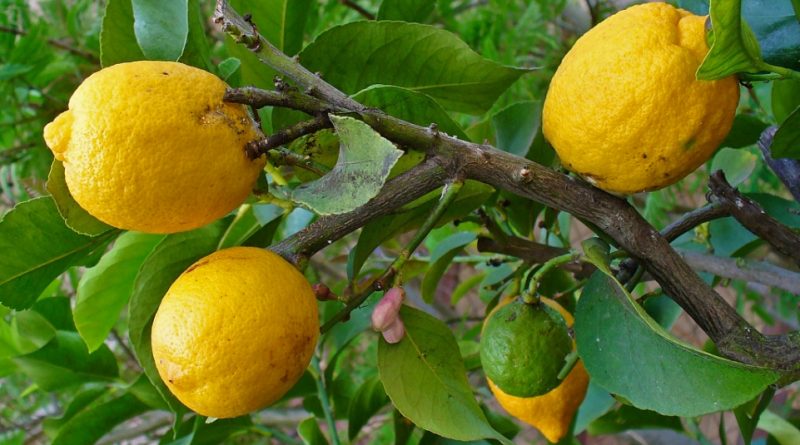 Cedar or citro (Citrus medica L.) is a fruit tree species belonging to the rutaceae family.

Systematics –
From the systematic point of view it belongs to the Domain Eukaryota, Kingdom Plantae, Magnoliophyta Division, Magnoliopsida Class, Sottoclasse Rosidae, Order Sapindales, Family Rutaceae, Subfamily Aurantioideae, Tribe Citreae and then to the Genus Citrus and to the C. Medical species.

Etymology –
The term Citrus derives from the Latin name of the cedar and lemon, from the Greek Greek κέδρος kédros cedar and κίτρον kítron lemon. The specific medical epithet has been attributed either because it is used in medicine, or coming from the Media, a historical geographic area occupied by Medi, who occupied a large part of today’s central and western Iran, south of the Caspian Sea.

Geographic Distribution and Habitat –
The medical Citrus seems to originate from India and Burma; the testimonies of this citrus are very ancient. He arrived in the Mediterranean countries from Persia and probably in the 3rd century BC he arrived in Italy. Currently this plant is cultivated mainly in the Mediterranean area, in the Middle East, India and Indonesia, but also in Australia, Brazil and the USA. In many Indian locations it also grows spontaneously. In Italy it is cultivated and worked in Calabria, in the coastal strip of the high Tyrrhenian coast that goes from Belvedere Marittimo to Tortora, called Riviera dei Cedri with the center of Santa Maria del Cedro. 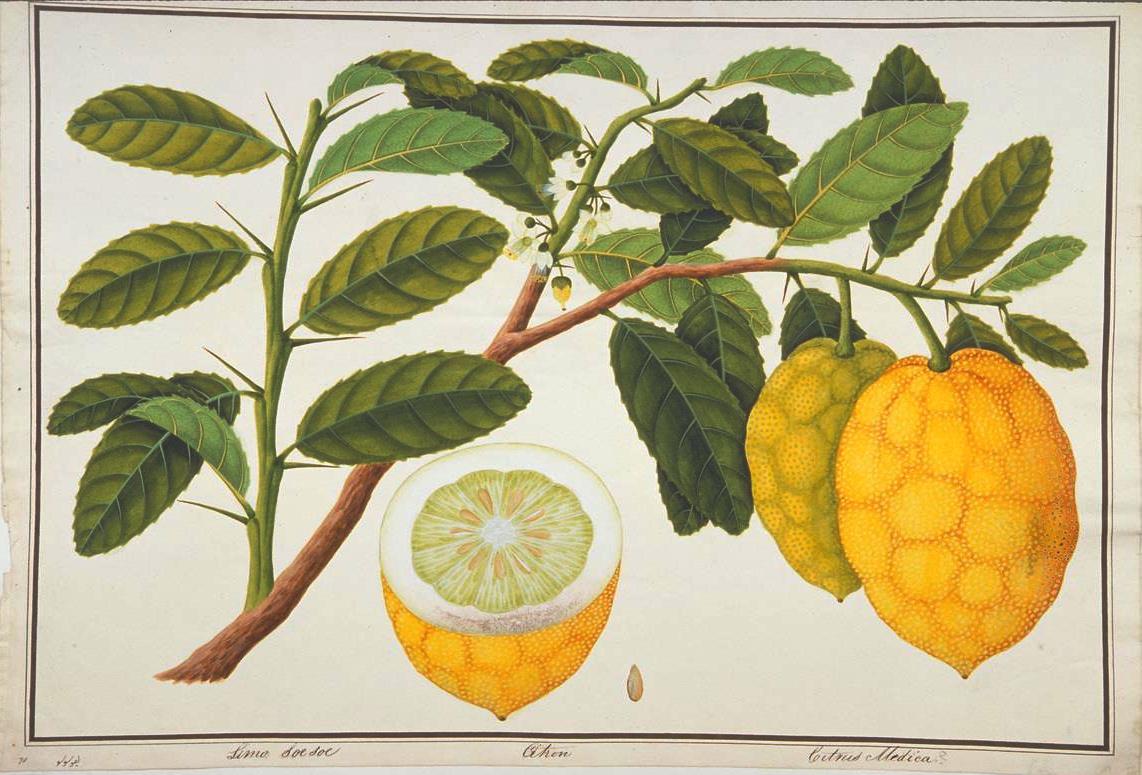 Description –
The Citrus medica is a species with a shrub or small trees, up to 8 meters tall, with spiny branches and irregular habit. It has leaves, oval-oblong, with dentate margin, medium-large, reddish just emitted and then dark green. The flowers are large and in red-purple bud that have just bloomed have a white interior and a suffused purple exterior. Gathered in racemes at the apex of the branches, they can be hermaphroditic or male for abortion of the gynaeceum. Flowering is continuous, with main periods in spring and autumn. It produces large, oblong or oval fruits, with a smooth or rough surface and full of protuberances. with thick epicarp and pulp divided into 5-12 segments that contain numerous monoembryonic seeds. Not very resistant to low temperatures, in winter the cedar can be defoliated and then resume vegetative activity in spring.

Cultivation –
For the cultivation of cedar it must be taken into account that the plant prefers exposure, more than any other citrus fruit, sunny for many a day, well sheltered from the wind with average temperatures of 25 ° C; moreover it does not tolerate temperatures below 12 ° C. The cedar prefers soils, rich in organic substance and well drained with slightly acidic pH. It should also be irrigated regularly from the vegetative growth up to the harvesting of the fruit, with thinning of the water supplies during the colder period. For the cultivation technique, the following sheet can be consulted.

Uses and Traditions –
Citrus medica is considered to be one of the three citrus species from which all the members of the genus known today derive, together with pomelo and mandarin.
In Italy the knowledge of the cedar is very old, in fact it was already classified by Pliny the old in the Naturalis Historia with the name of “Assyrian apple”. At that time the fruit was not used as food; its use for this purpose would have spread only two centuries later. Instead it was used as a repellent for harmful insects such as mosquitoes, similar to citronella.
The cedar has a large number of varieties, of which the most widespread in Italy is that cultivated in Calabria, called Diamante smooth cedar (of a large and fragrant cut, destined largely for candying); in Sicily it is typical that bitorzoluta (“vozza vozza”, with low acidity, good for raw consumption), while in Campania it is cultivated a very sour, from the bitterish albedo, and a sweet and coarse (“sfusato”).
The varieties of cedar are divided into two categories: those with sweet pulp and those with sour pulp. Among the foreign varieties it is worth mentioning the sweet cedar of Corsica while a special mention should be made of the Jewish cedar or etrog (Citrus medica var. Ethrog) which is used by Jewish believers in the Feast of Tabernacles. This variety is grown in Greece, Ethiopia and especially in Palestine, but also in Calabria in the Riviera of the Cedars.
The cedar, unlike all other citrus, has an albedo (the white part of the peel) edible and indeed very juicy.
The greatest economic importance of cedar comes from the rind that is used for the preparation of candied fruit, water and cedar syrup and for the extraction of its essential oils and for the production of soft drinks. With the juice are prepared drinks, while it is used in medicine for the preparation of infusions. However, the cedar finds a discrete commercial place also as a table fruit.
The essence obtained from the cedar is however easily deteriorable, so it is usually used corrected with the essence of cedrine. Citrine (Citrus medica citrea gibocarpa) is a variety used exclusively for the production of the essence.

Preparation Mode –
The cedar, in addition to industrial uses and as fresh fruit, can be used for the production of homemade candied fruit for filling panettone and pastries and for other multiple applications in the kitchen. In fact, the cedar can be used in sweet or savory recipes to which it gives particular colors and taste. It is thus used to season risottos and preparations for roasts and chicken and for other recipes and for liqueurs or very refreshing drinks.