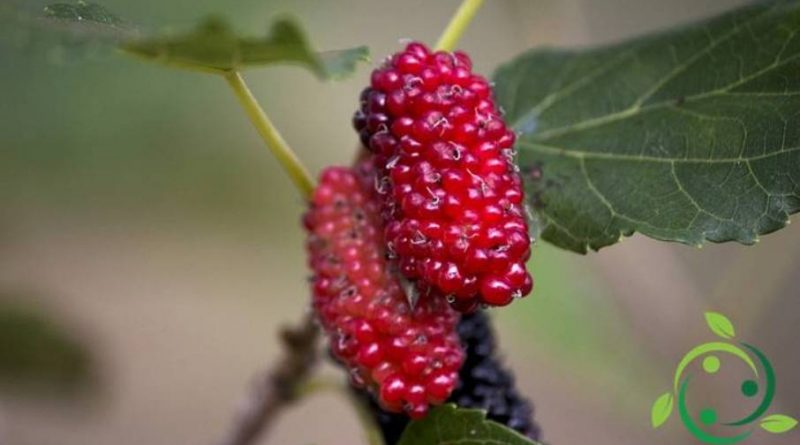 Sorose is an addiction that is part of the category of false fruits, as it is generated by the union of more real fruits. The term “soros” comes from the Latin “sorosis” which in its turn comes from the Greek “σωρός”, which means “cumulus”.
The numerous flowers or ovaries that give rise to this fruit are usually grouped together or in catkins.
A typical example of soros is the fruit of the mulberry, which is improperly called “mulberry blackberry”.
This “blackberry” is the appressed union of succulent fruits, each with its own seed, and each produced from a single flower on a single support.
If the fruits insist on a common support, but flow together to form a single body almost or completely non-separable, by melting the integuments, and presenting only superficially traces of their genesis, the fruit is called sincarp. The fruit of the pineapple and the fruits of Annonaceae like the Cerimoia are a synchronic.

Therefore the sorose, having originated from the union of more real fruits and a false fruit, which constitutes the pulp. Sorosum is made up of many small achenes or nuculas surrounded by modified and enlarged parts of the flowery glasses, which have melted and anastomosed to each other becoming fleshy and succulent and forming what is improperly recognized, at first sight, as fruit, which in reality constitutes the pulp. Inside the soros are contained real fruits, usually nucule or achenes, which in turn contain the seeds. A sorose has the typical lumpy and roundish appearance.
There are other types of “aggregate” fruits, which are not infructescences, since they are not produced by inflorescences, but by single flowers. Among these we remember:
– the strawberry, in which the fruits, produced by a single flower, are actually small, non-edible achenes, scattered on the surface of an envelope, which instead constitutes the fake succulent and edible fruit;
– the common blackberry, in which instead the small fruit, produced by a single flower, appressed and succulent, constitute a compound fruit.