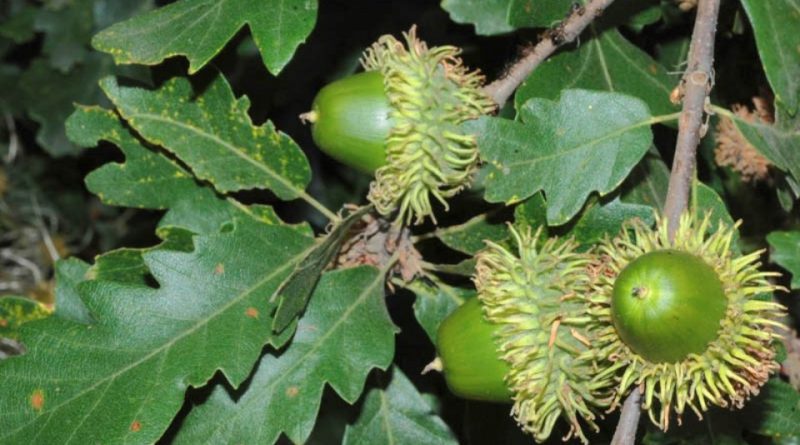 The oak tree (Quercus cerris L.) is a deciduous tree species of the Fagaceae family.

Systematics –
From the systematic point of view it belongs to the Eukaryota Domain, Kingdom Plantae, Magnoliophyta Division, Magnoliopsida Class, Fagales Order, Fagaceae Family and therefore to the Quercus Genus and to the Q. Cerris Species.

Etymology –
The term Quercus derives from quercus, the Latin name used for the oak, a plant sacred to Jupiter. The specific epithet cerris comes from oak, a type of oak already mentioned by Pliny.

Geographic Distribution and Habitat –
Quercus cerris is a tree native to southeastern Europe and Asia Minor. In Italy, along the Apennines they are among the most beautiful forests of Cerro. The area of ​​this species is widespread in southern Europe. In Italy, as well as in the Apennines it is very common, especially in the central-southern regions, from the sub-mountainous to the sub-Mediterranean, while it lacks in Sardinia. Most of the hilly and mountainous forests of the Northern and Central Apennines are cerrets. 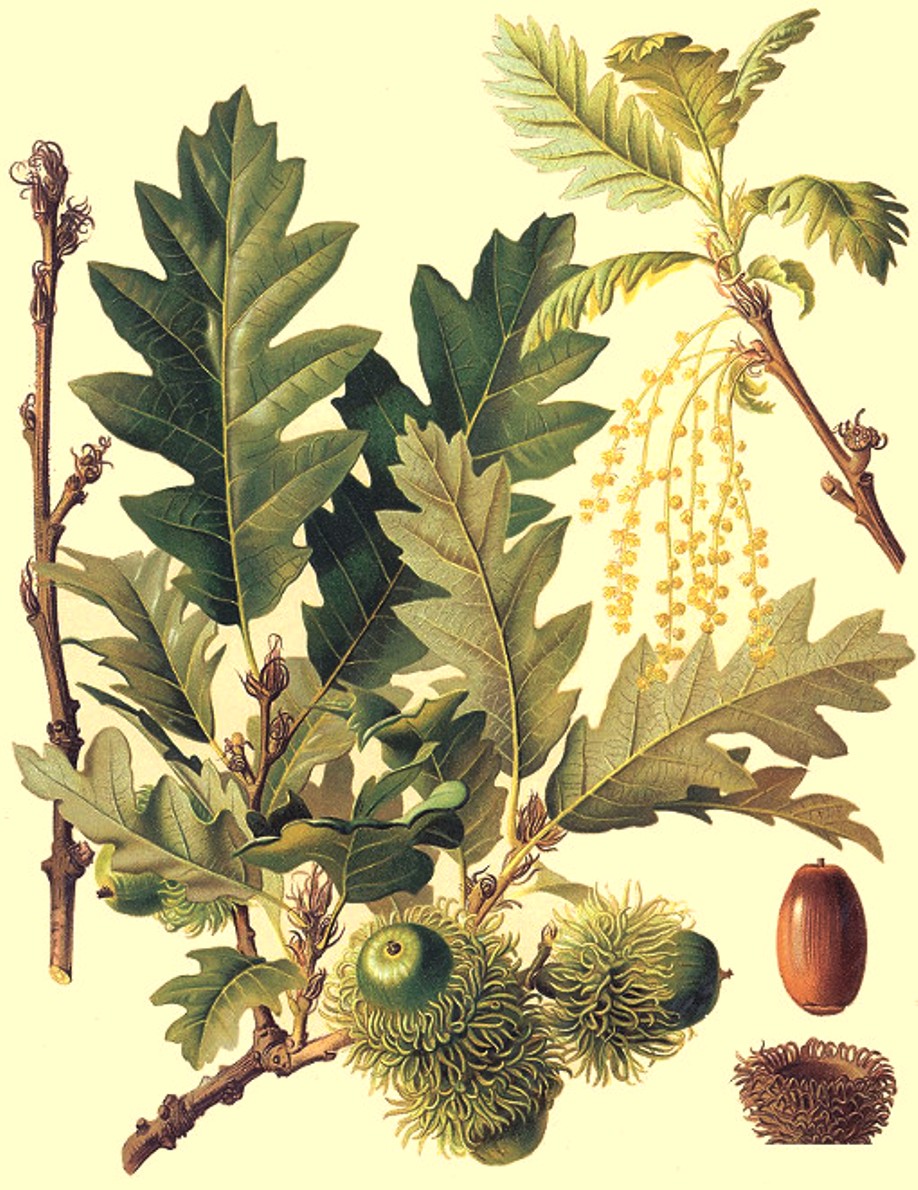 Description –
The Quercus cerris is a tree that can reach 35 meters in height, with an oval, elongated and medium-compact foliage. The trunk is straight with a hard, spongy, ash gray and cracked bark in mature plants. It has deciduous leaves, of variable shape, first tomentose, then opaque and scabre in the upper part, pubescent in the inferior, almost coriaceous one. The cerro is monoecious with unisexual flowers. The acorns are about 2.5 cm large, placed on the branches of the previous year, reddish brown in color, with longitudinal striations, half-covered by a woody dome with characteristic curled scales.

Cultivation –
The Turkey oak is a xerophilous species that grows on clayey and compact, even calcareous soils, even if the optimum is represented by the volcanic soils, with a sub acidic, deep and fresh pH. Although heliophilous species, it likes a not excessive shadow in the initial stages of its growth. Propagation usually occurs by seed on a soil prepared for this purpose. Germination is immediate. If you are transplanting you must cut the tap and do not put too much on the plants (they should not exceed 2,000 plants per hectare). The growth is fast and the eventual government can be a fustaia or coppice without problems.

Uses and Traditions –
The oak tree is easily distinguished from other oaks by its characteristic acorns.
Quercus cerris, like other oaks and other very impressive trees, has represented for many peoples the mythical representation of the axis of the world. Its foliage reached up to the sky, where the gods lived, while its trunk was the emerged earth, inhabited by the living, finally its roots represented the world of the dead.
The uses of oak wood are similar to those of oak and oak, but it is less valuable and resistant and is used above all as a fuel. Hard but not very resistant, it is used for railway sleepers, after being impregnated.
Given the beauty and majesty of the plant is often found as an isolated element of prominence in parks and large gardens.
The acorns of the oak are edible despite being rather bitter and unpleasant to the animals.
The dried acorns or the extracted flour have a high energy value (about 450 kcal per 100g), contain proteins (6-8%), fats (mostly unsaturated, 25-35%) and carbohydrates (50-60%), are rich of calcium, phosphorus and potassium, as well as niacin (vitamin PP): this last fact ennobled the addition to the flours of other cereals (generally poor in this vitamin).
The acorns (depending on the species) contain important quantities of tannins, and this component is a cross and delight for culinary use and for food safety. Many of the polyphenolic substances (tannins) contained in the acorns are in fact rather bitter (here is explained the use as a substitute for coffee), a character that decreases with a long decoction, fundamental passage for the preparation of flour for human use, or that comes partially lenited by roasting. But high concentrations of phenolic substances interfere with the absorption and utilization of proteins, and some (gallotannins, quercitrin, and quercetin) are moderately toxic. Cross and delight, it was said: polyphenols have antioxidant activity and therefore preventive for some forms of cancer: here therefore our acorns fall into the modern diet, as a nutraceutical ingredient or prepared for pharmacological activity.

Preparation Mode –
The acorns of this oak, like others, have long been a resource for human nutrition, especially for the poorer classes. Nowadays they are mostly used as pig feed: once they were consumed in various forms, as still attested in the culinary folklore of Greece, Italy, Spain and Serbia: it was obtained (after prolonged boiling) a flour then used in bread making or (after roasting) a coffee substitute drink, but also astringent and anti-diarrheal decoctions.