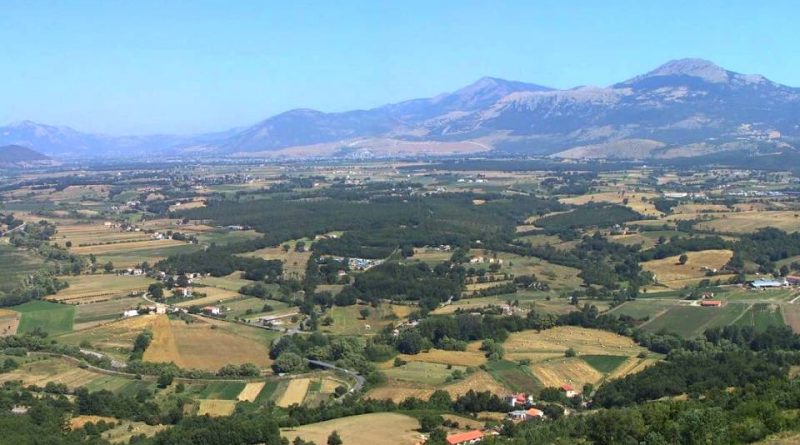 The entire perimeter of this park extends over a large part of the Lucanian Apennines, along an articulated border that extends from the peaks of the Volturino and Pierfaone mountains to the Sirino massif, which includes some of the major peaks of the southern Apennines. Between these two complexes, the peaks of the Maddalena massif develop, a mountain chain, with a sweet and less elevated profile, that encloses the high valley of the river Agri.
The geographical position of this Park is important because it is located between the two large nature reserves of the Pollino National Park and the Cilento and Vallo di Diano National Park, at the center of the regional system of protected areas, thus creating a perfect ecological corridor.
The territory of the Lucano Val d’Agri Appennino National Park – Lagonegrese is rich in woods. As far as the flora is concerned, the lower altimetric area presents the evergreen oak forest and the thermophile brushwoods with essences such as: oak, white hornbeam, ash, and flowering ash. In the upper altitudes, however, are the oaks and mixed beech woods with holly, lobelium maple or silver fir. The residual Abetina of Laurenzana should be underlined.
Also the fauna has interesting peculiarities and among these we remember in particular the wolf, the wild boar and the otter that is found along the river Agri.
Ultimately, the considerable longitudinal extension of this park makes it an area rich in a series of interesting biotopes, ranging from the dense beech forests of the hills, to the characteristic white fir, up to the wooded expanses that alternate with pastures and meadows. The many cultivated areas are the sign of the strong presence of the hand of man in this Park which, as shown by the archaeological area of ​​Grumentum and the numerous religious destinations, since ancient times is presented as a splendid crossroads of traditions, art, culture and faith.