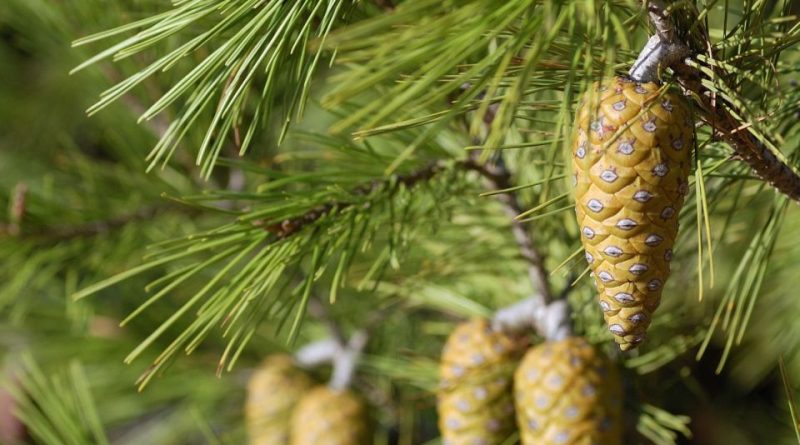 The Aleppo pine (Pinus halepensis Mill. 1768) is an arboreal species belonging to the Pinaceae family.

Systematics –
From a systematic point of view it belongs to the Eukaryota Domain, Kingdom Plantae, Pinophyta Division, Pinopsida Class, Pinales Order, Pinaceae Family and therefore to the Pinus Genus and to the P. halepensis Species.

Etymology –
The term Pinus derives from the Latin name of the pine, connected with the Sanskrit pítu resinous, cited by Pliny, Virgil and others. The specific epithet halepensis derives from Aleppo, the current city of Haleb in northern Syria.

Geographic Distribution and Habitat –
The Pinus halepensis is a species native to the Mediterranean coasts, with extension from the Iberian Peninsula and from Morocco to Lebanon and Syria. Along the coasts of Italy the pine forests of Pino d’Aleppo are very frequent, rich in Mediterranean scrub. It is a thermophilic species and extremely resistant to drought. This species occupies the southernmost area of ​​the three Mediterranean pines and reaches north as far as southern France, central-southern Italy, Croatia (Istria and Dalmatia), coastal regions of Montenegro and Albania. Particularly frequent in Spain and Greece, it is also found in Morocco, Libya and in the countries of the Near East such as Syria (hence the name Aleppo), Jordan and Israel. In Italy it is one of the most numerous tree species. It is a species also cultivated in other areas (especially coastal) as an ornamental species, as in the rest of the Mediterranean basin. It is also cultivated in California. 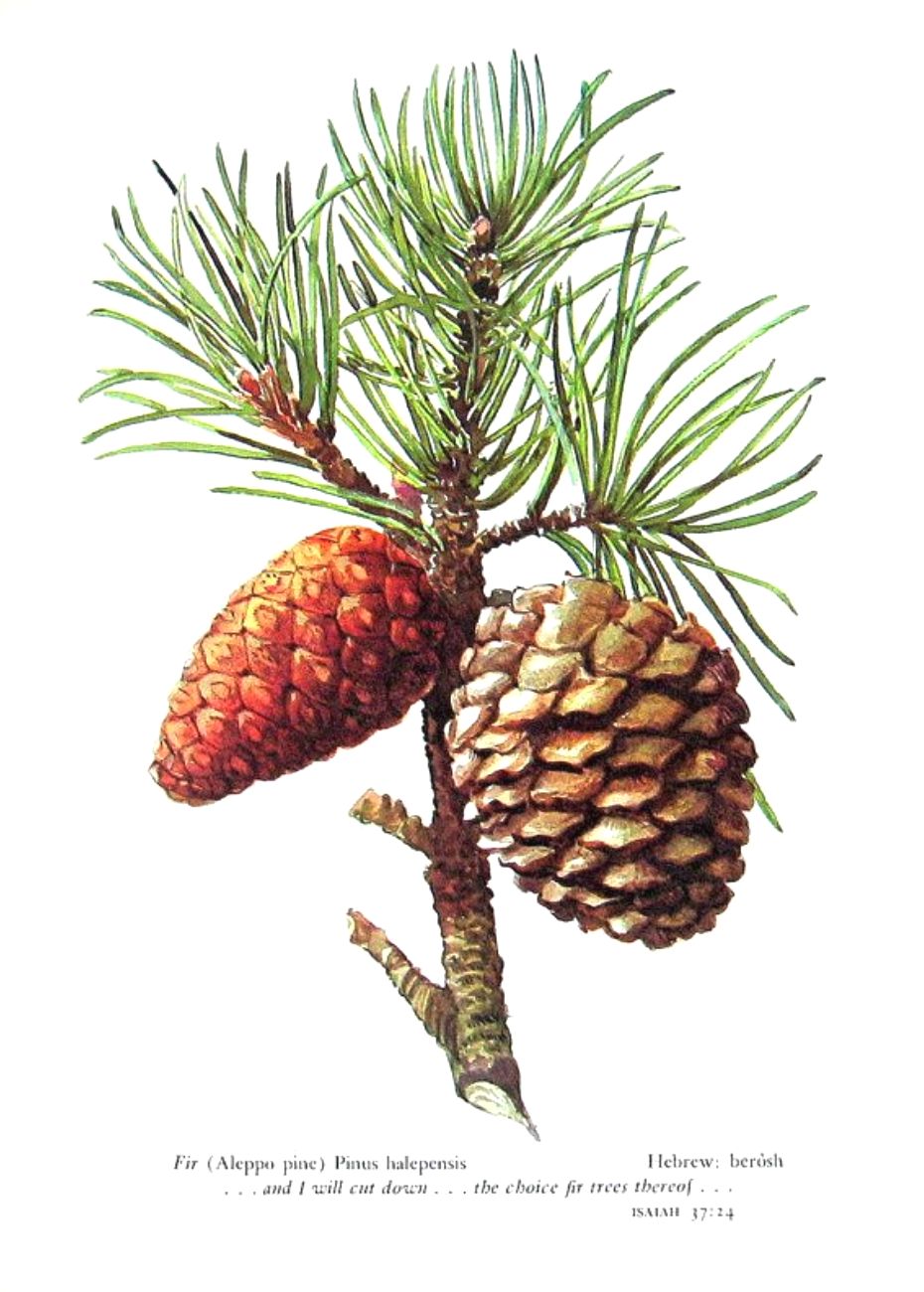 Description –
The Aleppo pine is a tree that can reach 40 meters in height, with an elegant and dense foliage, first pyramidal and subsequently expanded irregular and shaped like an umbrella. The trunk is oblique, in some cases twisted, covered with a thin silver rind that over time tends to become wrinkled, cracked and greyish. The leaves are needle-like in pairs, up to 12 cm long, wrapped at the base by a thin and persistent translucent sheath, but fragile, of soft consistency and sometimes a little twisted lengthwise.
The male cones are located at the base of the buds and are oblong, numerous, small and yellow; the female ones, very numerous, are at first roundish and then conical, after three years, at maturity, assuming a translucent reddish-brown color, they have a short peduncle facing downwards. The scales have a slightly protruding and rounded apophysis and the seeds are blackish with an elongated wing.

Cultivation –
The Pinus halepensis is a plant that prefers sunny locations but thanks to its rusticity grows without problems in the shade; the young specimens should be shaded during the hottest periods of the year. Being a species originating from areas with a warm climate it does not tolerate very harsh winters, preferring mild winters; the young specimens are quite delicate and should be repaired in winter and watered at least every 2-3 weeks in summer.
It is good to check the soil and verify that it maintains a certain humidity, so as to avoid suffering to the plants, especially the younger ones. It should also be checked that no water stagnation occurs, which could cause damage to specimens of this kind.
As for the soil, it prefers those rich, loose and well-drained, where it grows rich and vigorous even if, as mentioned, this plant usually grows in arid places, with rocky and very poor soils, where it survives and grows well enough, just for its rusticity.
Aleppo pine can be propagated by seed in spring. The seedlings obtained from this sowing are very delicate and must be kept in a container for some years before being placed in the home; especially during the first months of life avoid transplants because the roots are very fragile at this stage of plant development. before the transplantation the new specimens must acquire strength and vigor.

Uses and Traditions –
The Pinus halepensis is a forest species but also used for ornamental purposes, especially in the eastern coasts of the Mediterranean where it is cultivated for the production of a resin used in food preservation. In Greece it is used for the production of resinated wine.
This species is very similar to the Calabrian pine (Pinus brutia), the Canarian pine (Pinus canariensis) and the maritime pine (Pinus pinaster), so much so that some authors consider the Calabrian pine as a subspecies of the Aleppo pine. Aleppo pine is also used for bonsai.
In its places of origin, Aleppo pine is widely cultivated for its precious wood, which makes it one of the most important forest trees in Algeria and Morocco. In Aleppo pine forests there are many pine forests and are also used for recreational purposes. Although it is a local species, many argue that the historical substitution of the Mediterranean scrub with shrubs and garrigue with tall pine pines has created “ecological deserts” and has significantly modified the habitats of the species of these regions.
In South Africa, Aleppo pine is considered an invasive species, even if useful; in South Australia, a control program is in place on the Eyre peninsula.
The Pinus halepensis, moreover, is a popular ornamental tree, widely cultivated in gardens, parks and private gardens such as in Southern California and the Karoo region in South Africa, where this plant has a remarkable tolerance to heat and drought, rapid growth and aesthetic qualities much appreciated.

Preparation Mode –
From the pine nuts of Aleppo pine a pudding called asidet zgougou is made in Tunisian dialect; It is served in bowls, covered with cream and covered with almonds and small candies.
With pine nuts, you can also accompany excellent dishes to use in the kitchen while the resin of this pine is collected instead to be used in food preservation or to flavor the “retsina”, the Greek resin-based wine.