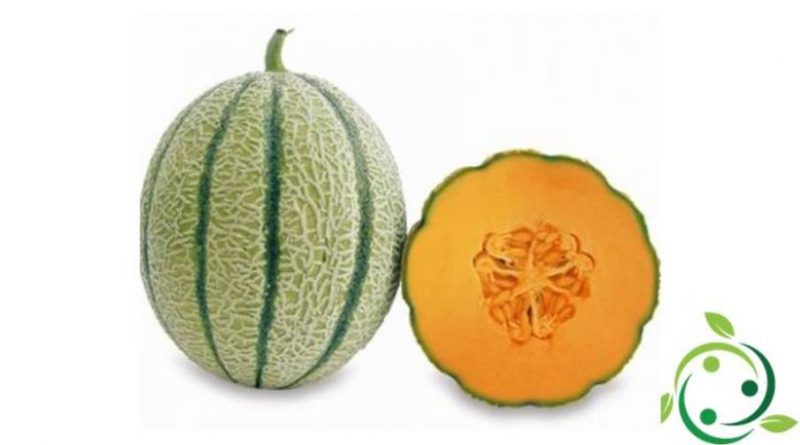 With the term peponide, in botany, we mean a false berry fruit, often of large size, characteristic of some plants of the Cucurbitaceae family, such as watermelon, pumpkin and cucumber.
The word peponide comes from the Greek πέπτω, peptō, meaning “to ripen, to cook”, hence the term πέπων (-ονος) pepōn (-onos) “cooked in the sun, ripe” (to indicate a kind of melon) and in Latin pepo -onis “popone”, large melon to be consumed ripe.
The peponide derives from a plurararellar ovary which is completely immersed in the receptacle; the outer wall is coriaceous, sometimes woody; the mesocarp has a fleshy or juicy consistency. The peponide has many seeds immersed in a soft and watery endocarpic pulp, largely deriving from the highly developed placenta.

The pericarp is more or less harsh depending on the species or variety, until it can reach, in some species, a woody consistency. The mesocarp contains the pulp that can be sweet, and sometimes presents fibrous or juicy. Sometimes the pulp is reabsorbed and a large central cavity forms, as in the case of large pumpkins. The peponide is usually deliquescent at maturity.
As said, the peel can vary in consistency and can also be edible, like that of cucumbers, woody, like that of pumpkins. In the group of peponids, we find pumpkins, melons, watermelons, courgettes, cucumbers, bitter melons, and the fruits of other exotic plants that have in common the climbing tendency, which gives its name to the family: “corb”, in Sanskrit, it is about to “twist”.