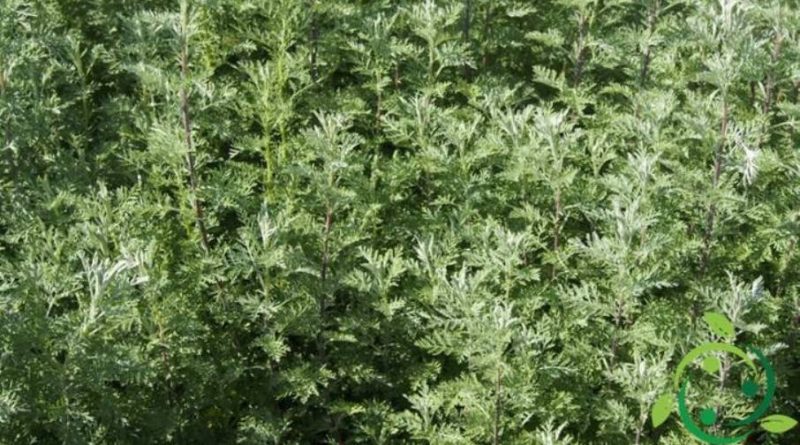 How to cultivate Gentle Wormwood

Gentle Wormwood or Common Pestilence wormwood (Artemisia pontica, L., 1753) is a perennial herbaceous species belonging to the Asteraceae family and is a spontaneous officinal plant.
Artemisia Pontica is a plant that can be used for therapeutic purposes and is useful in uterine inflammation, to alleviate menopausal disorders, against difficult menstruation and headache.
In this sheet we see how to cultivate the Gentle Wormwood and the most appropriate agronomic techniques.
Recall that the Gentle Wormwood is a bushy plant with thin but numerous stems, with height between 40 and 50 cm, with 2-3 cm long, triangular, twice pennatosette, minutely lacinated and typically silver-white colored leaves, almost always with two small ears at the base of the petiole; the flower heads are small and yellowish.
Pontifical Artemisia differs sharply from the Artemisia abstinthium, better known as wormwood, due to the smaller size of the plants and to the very minute leaves; for this reason it is known, as well as a kind of wormwood also as a wormwood.

For the choice of the cultivation site, consider that this species grows luxuriant in sunny positions and on loose, permeable but fertile and fresh soils. As far as fertilization is concerned, it is recommended to intervene exclusively with mature manure or compost, during the replanting phase, by mixing well the organic substance in the substrate preparation phase.
The cultivation of wormwood is performed in biennial culture. The plant is made in simple rows and you can choose either a sixth of 50 x 20 cm or with twin rows of 35-40 x 70-80 cm. The plantation is carried out at the beginning of the spring, after preparation of a seedbed and subsequent transplanting of the seedlings when they have reached a height of 10 cm.
For the harvesting technique it is necessary to cut the plants to the foot when it arrives at the time of flowering, a period which is normally equivalent towards the beginning of July.
The harvesting technique involves two methodologies that lead to the production of gentle wormwood cut or wormwood kind world. For the wormwood cut it is proceeded as said previously cutting the plants to the foot. For the wormwood the plants are beaten to remove the leaves and the heads from the stems, which are then discarded.
Please note that Gentle Worm contains the following active ingredients: essential oil, artemisin, absintol, cineol, terpenes, tannin and resinous substances. By virtue of these active ingredients, the plant is grown mainly for aerial parts, used in liquor for vermouth manufacture. In folk medicine this essence was also used for dysmenorrhea and amenorrhea.